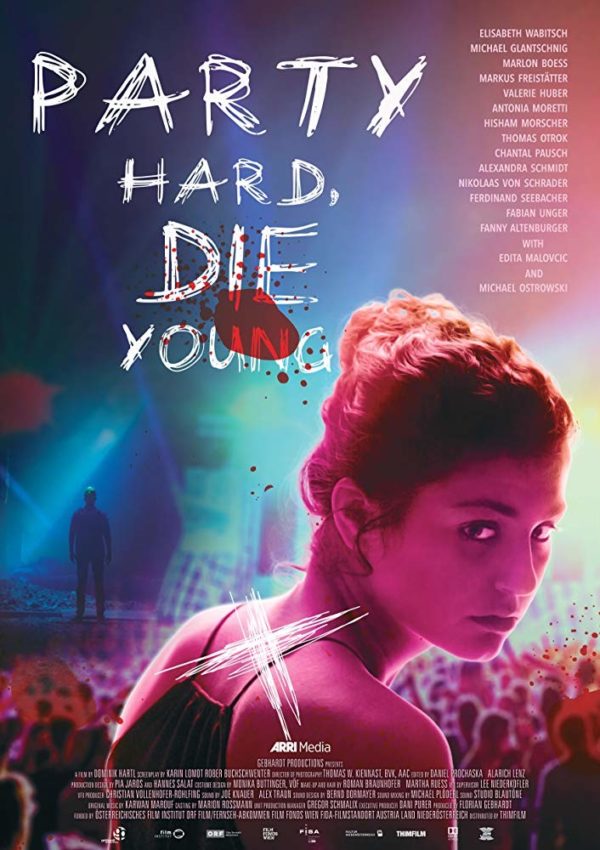 Finally, graduated and off to Croatia. It’s supposed to be the “party of their lives.” But for Julia and her friends their graduation trip turns into a horror trip, from which not everyone will return. 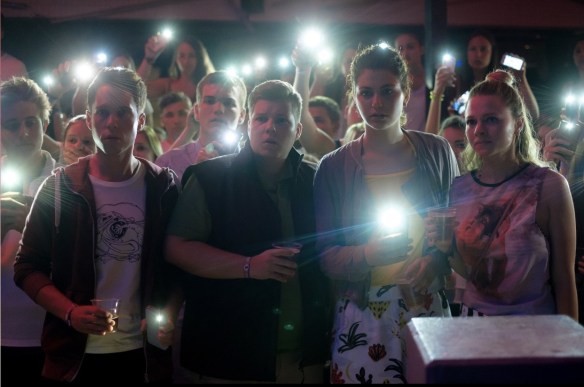 Dominik Hartl’s Party Hard, Die Young is a retro hack-n-slash soaked in booze and lit by stage performance lasers. Nothing screams “indulgence” like European graduates partying for a week straight, roasting under the Croatian sun or bouncing to a DJ’s synth setlist. Fortunately, nothing spells slasher cinema quite like the aforementioned scenario as well. Motivations may be “problematic,” but that’s within the boundaries of Hartl’s immature island rave parameters. Copious narcotics, underdeveloped cranial capacities, a masked murderer who refuses to forget what you did last summer – punch your ticket to this vicious vacation from Hell.

Julia (Elisabeth Wabitsch) and her classmates arrive at X-Jam for multiple days of relaxation and intoxication. It’s a party venue from heaven, where students can blow off steam before heading to cities such as Vienna or Munich for their next level of schooling. Days are spent splashing around beachside while night transitions into multiple “secret” events, all overseen by “Gang-X” volunteers such as Leo (Michael Glantschnig). It’s a tropical oasis for these untethered teens until Julia’s friends start disappearing or turning up dead, which suggests there might be an ultimate party crasher on the loose. 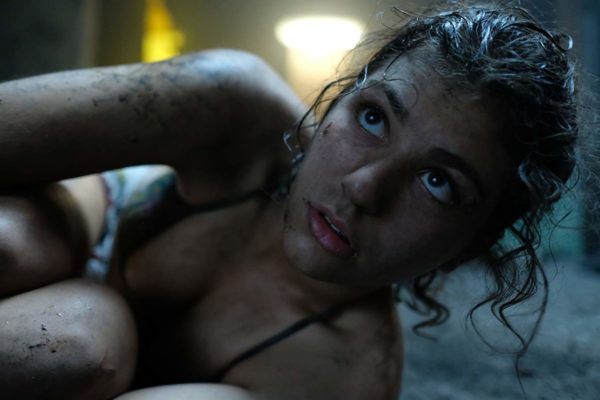 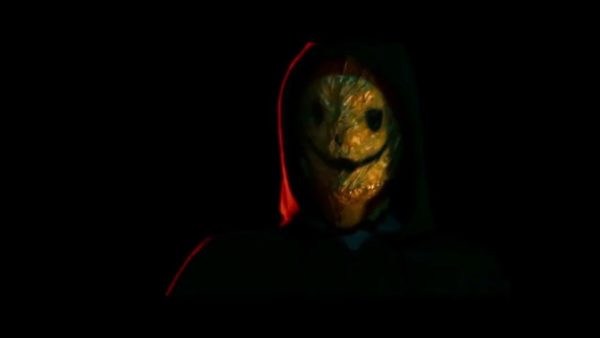 As Hartl and Special Effects Supervisor Tissi Brandhofer already proved on Attack Of The Lederhosen Zombies, horror movie deaths are meant to be spectacles. You’re getting practical kill scenes in Patry Hard, Die Young, impaling gossip girls or deepthroating bottles of liquor a little too deep. I’d categorize Hartl’s latest as a lively slasher romp, with my tip-of-the-hat towards the film’s offing of not even college-age targets sans sympathy. I haven’t been this entertained by club-based horror carnage since Dillon Francis’ head turned into a bloody mist in Scouts Guide To The Zombie Apocalypse. Party Hard, Die Young is a new-age slasher remix with plenty of slaughter to spare.

As Shudder continues to impress with its “Exclusives” and Originals,” Dominik Hartl adds a perfect companion film alongside the streaming service’s other modern slasher throwback, Lake Bodom. Count on plotted tricks, gory treats, and live-and-let-die attitudes through the lens of boisterously annunciated no-care youths. “How can you think of drinking at a time like this?” Because how else would characters’ guards be lowered enough to party themselves to death? Party Hard, Die Young is about how living life to the maximum sounds well and good, but complete moral abandon is a recipe for disaster. That, and the noble preservation of 80s slasher classics where all you need are inhebriated victims, mounting questions, and impending doom amidst way too much fun.