Eureka Entertainment will release USED CARS, Robert Zemeckis’ classic 80s screwball comedy starring Kurt Russell and Jack Warden, for the first time on Blu-ray in the UK as part of the Eureka Classics range from 12th August 2019, and we have three copies to give away! 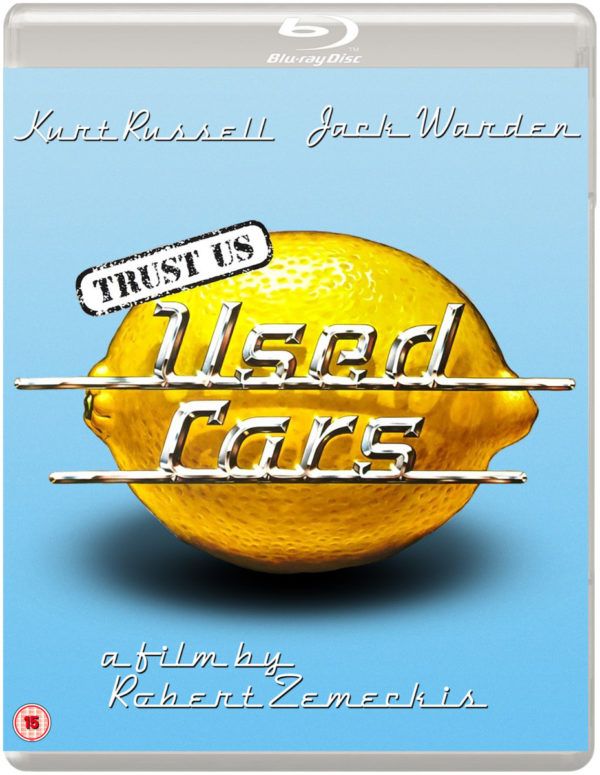 A hilarious cult favourite from director Robert Zemeckis (The Back to the Future Trilogy, Who Framed Roger Rabbit), Used Cars is a high-octane comic salute to the supersalesmen whose persuasive pitches transformed rattling wrecks into your dream car.

Kurt Russell (Escape from New York, Big Trouble in Little China) is Rudy Russo, the top salesmen at the New Deal used car lot run by Luke Fuchs (Jack Warden). Caught up in a crazy feud between Luke and his brother Roy (also played by Warden) who runs the rival car lot across the street, Rudy must put his grifting skills into overdrive as the battle for sales supremacy escalates into all-out war!

Under-appreciated on release, Used Cars is now recognised as one of the funniest comedies of the 1980s. Eureka Classics is delighted to present Used Cars in its UK debut on Blu-ray.

The competition closes at midnight on Sunday, August 18th. UK readers only please. To enter, use one or more of the following methods…