To celebrate the DVD release of WWE: Stomping Grounds 2019 (available to buy from 12th August) – we are giving away a copy to one lucky winner. 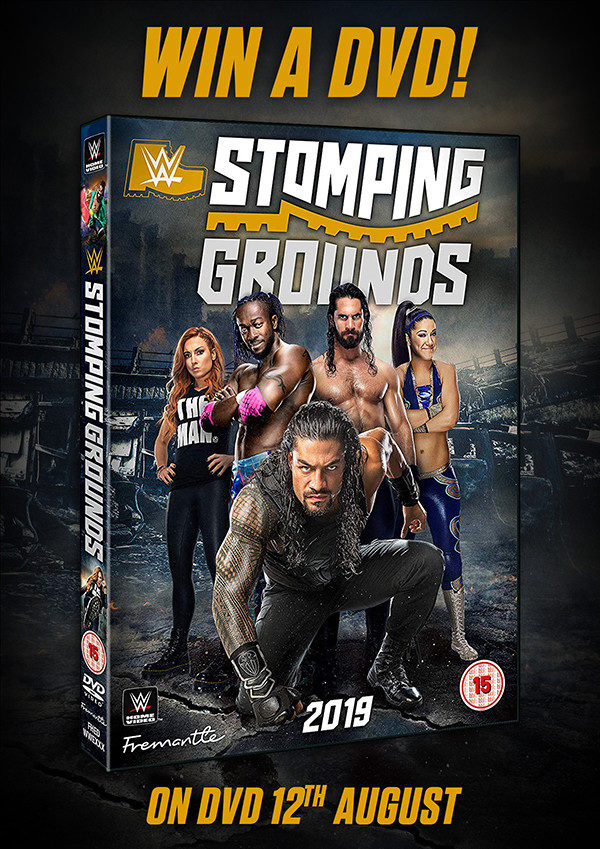 WWE always delivers when it comes to major pay-per-view events and Stomping Grounds made a huge impact on its debut night!

Becky Lynch proved once again why she’s “The Man”, but a shock reveal of the mystery referee in the Seth Rollins vs Baron Corbin match meant more action and drama for Becky before the night was finished!

There was a stunning ending as Kofi Kingston defended his WWE Championship against Dolph Ziggler inside an unforgiving steel cage, but Kofi’s New Day pals also had a tough battle on their hands against Kevin Owens and Sami Zayn!

There was powerhouse action as Roman Reigns and Drew McIntyre collided in a WrestleMania rematch… but could Roman overcome the interference from Shane McMahon?

Plus, more thrilling performances from Daniel Bryan, Bayley, Alexa Bliss, and an edge-of-your-seat US Championship match between Samoa Joe and Ricochet!

The competition closes at midnight on Sunday, August 18th. UK readers only please. To enter, use one of the following methods…