To celebrate the release of Never Grow Old – a brutal and brilliant old-school Western starring Emile Hirsch and John Cusack out 23rd September – we have a DVD up for grabs courtesy of Altitude Films. 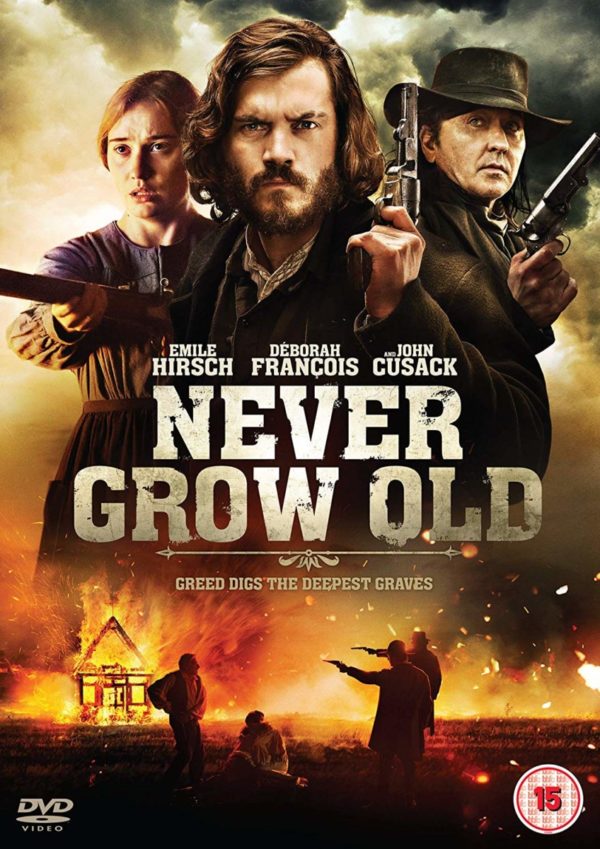 Debauchery. Greed. Murder. Welcome to Garlow. This once-peaceful frontier town has become a den of vice after vicious outlaw Dutch Albert (John Cusack) and his gang arrived— and began gunning down their opposition.

Undertaker Patrick Tate (Emile Hirsch) must now choose between the blood money he makes burying the murderers’ victims and the threats he and his family face in this intense and gritty western.

If you’re in the mood for an old-school style Western, brought bang up to date with plenty of blood and bluster, then you’ve come to the right saloon. Writer/director Ivan Kavanagh, the man behind the acclaimed 2014 chiller The Canal, delivers a handsomely mounted meditation on good versus evil in the old West, that would make Sam Peckinpah and Clint Eastwood proud. As one critic noted “Never Grow Old could have been made decades ago, and I mean that as a compliment.”