To celebrate the 27th September digital release of STRANGE BUT TRUE, we have a copy of the film – redeemable via iTunes – up for grabs courtesy of Vertigo Releasing! 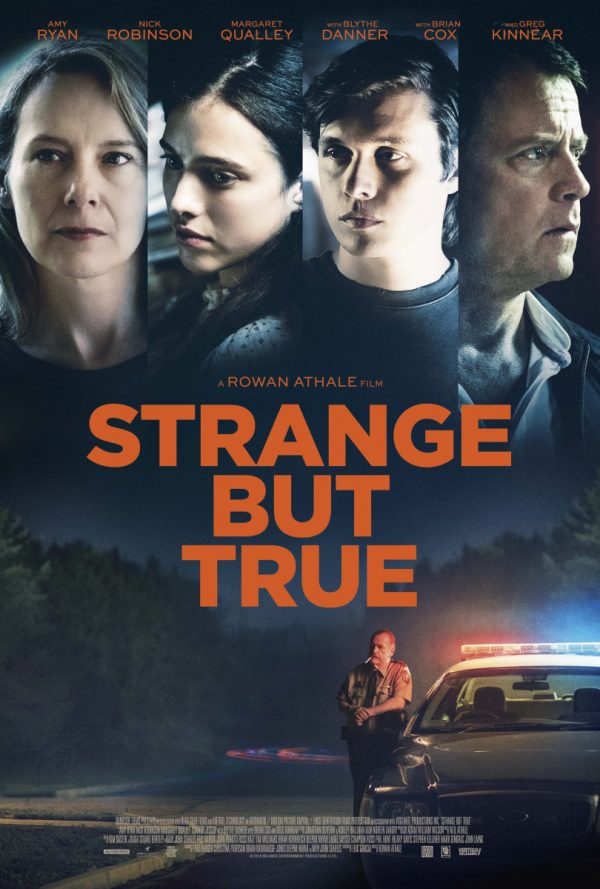 Strange But True, based on the bestselling novel by John Searles, grabs hold of the viewer from its opening scene, with a young man (the brilliant Nick Robinson) being pursued through the woods, and unfolds into a taut and intriguing mystery thriller that’s impossible to second guess.

Margaret Qualley, proves herself to be a beguiling screen presence as Melissa, a young woman with a deep dark secret. Amy Ryan (Birdman) is powerful and emotional as a mother attempting to unravel the mystery of Melissa’s return.

British director Rowan Athale (The Wasteland) deftly handles the twists and turns of the puzzle-like plot, and draws marvellous performances from his formidable cast, including Academy Award nominee Greg Kinnear (As Good As It Gets), Emmy winners Blythe Danner (Meet the Parents) and Brian Cox (Manhunter), and Aladdin himself Mena Massoud.

Featuring a dysfunctional family dynamic, flourishes of dark Americana, a creeping sense of dread, and an audacious and unsettling shift in the final reels that leads to a mesmerising final sequence, Strange But True is a riveting mix of drama and thriller in the mould of 13 Reasons Why, Gone Girl and Prisoners.

STRANGE BUT TRUE will release on digital 27th September courtesy of Vertigo Releasing.