To celebrate the 4th October digital release of THE HUMMINGBIRD PROJECT, we have a copy of the film – redeemable via iTunes – up for grabs courtesy of Vertigo Releasing! 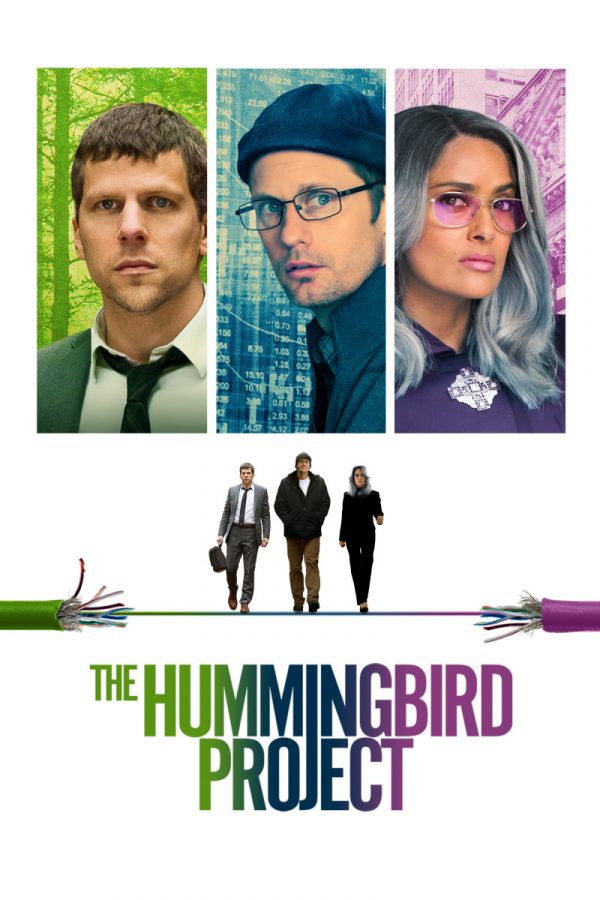 Oscar-nominated Kim Nguyen’s flashy, visceral tech finance thriller is the head-spinning story of an incredible plan to drill a tunnel halfway across the US in a quite literal ‘get rich quick scheme’.

Zombieland’s Jesse Eisenberg is fantastic as the street smart, hustling Vincent, while Tarzan himself Alexander Skarsgård is here virtually unrecognisable as the tech genius Anton. Together with Michael Mando (Better Call Saul), brilliantly funny as an engineer, they plan to revolutionise the stock exchange – by a millisecond. Salma Hayek is on wickedly good form as the devilishly devious executive who wants to thwart their plan.

It’s a gripping and illuminating examination of greed and the ruthless insanity of the money market, that recalls the classics Wall Street and The Wolf of Wall Street, and like the Jesse Eisenberg starrer The Social Network, turns technological progress into thrilling entertainment.

THE HUMMINGBIRD PROJECT will release on digital 4th October, courtesy of Vertigo Releasing.