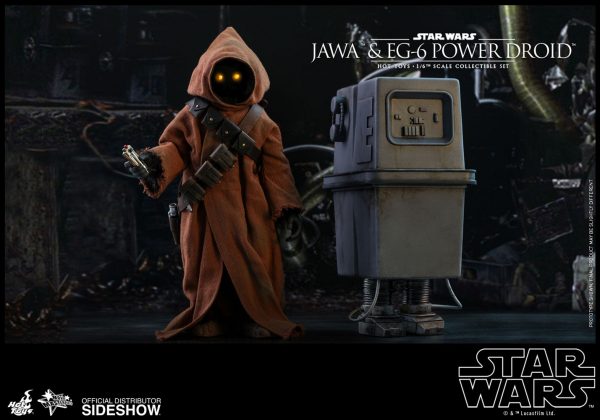 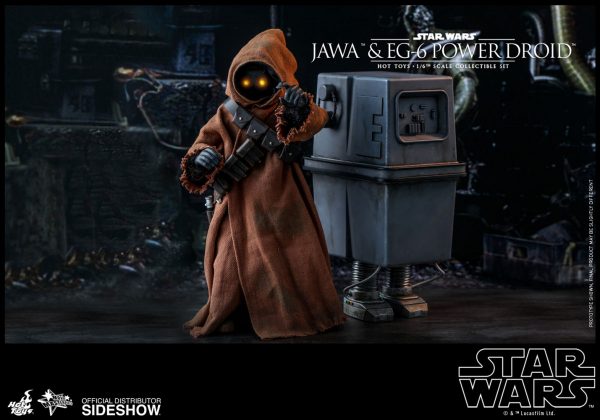 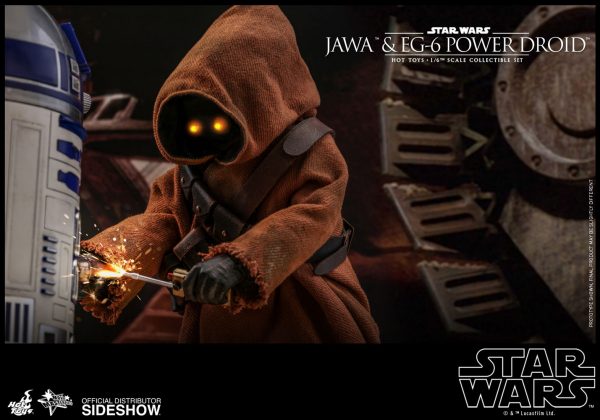 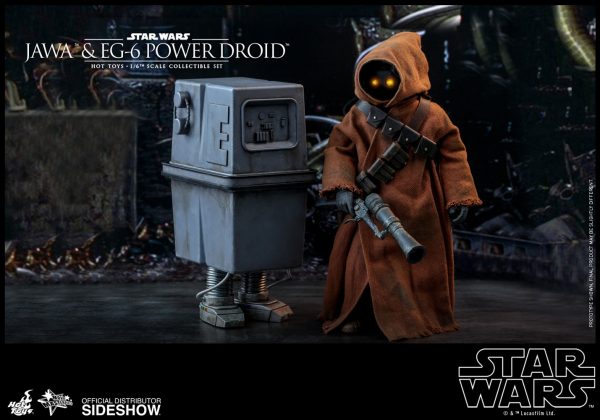 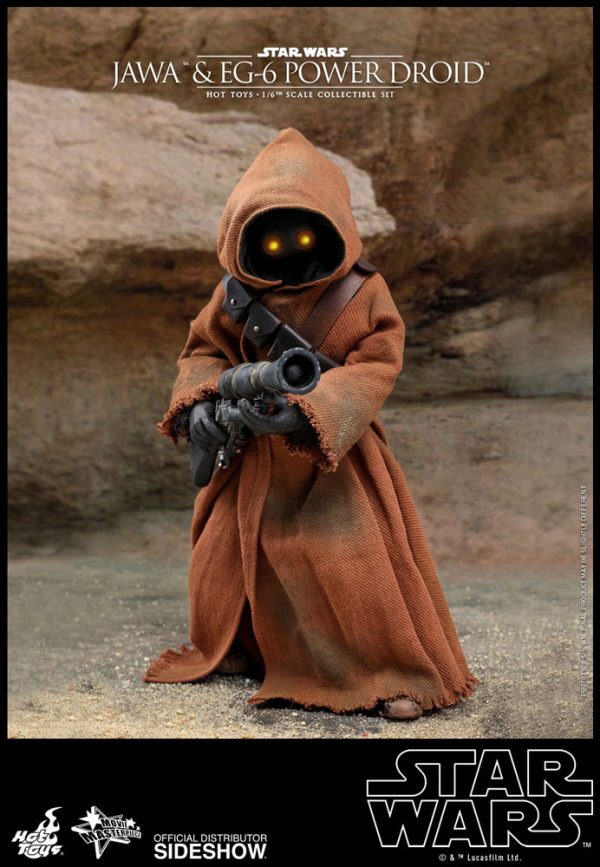 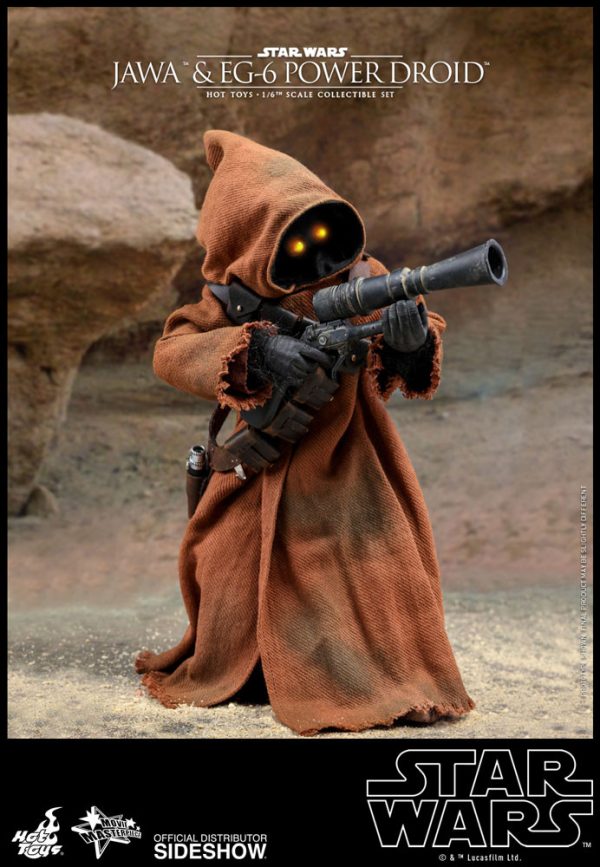 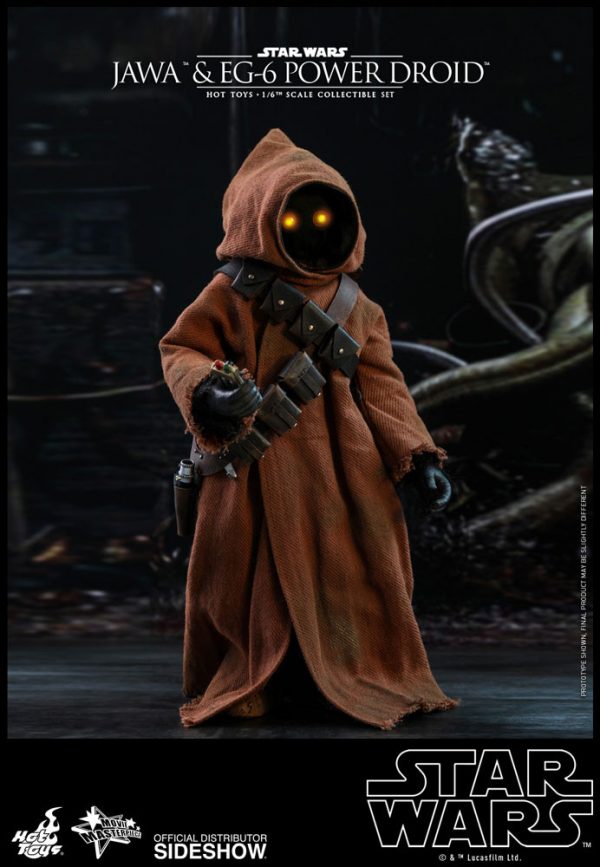 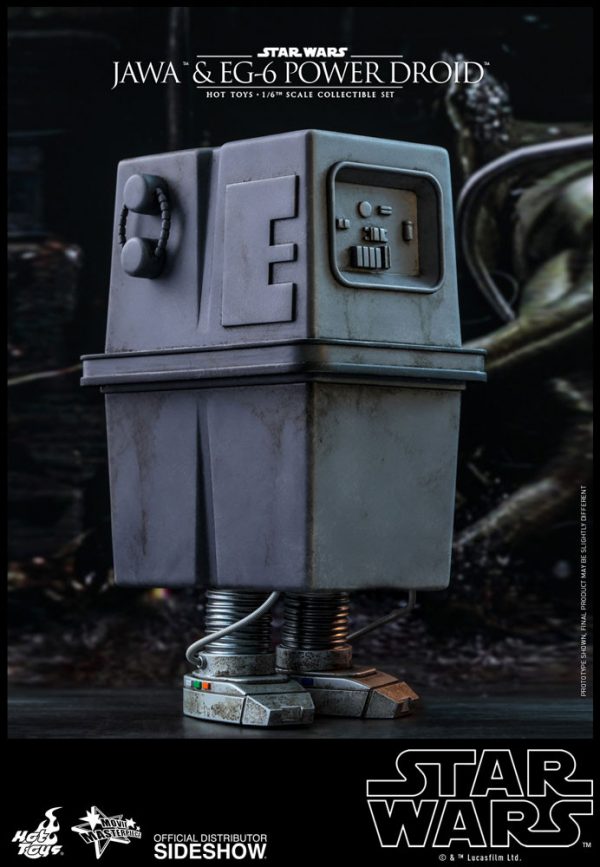 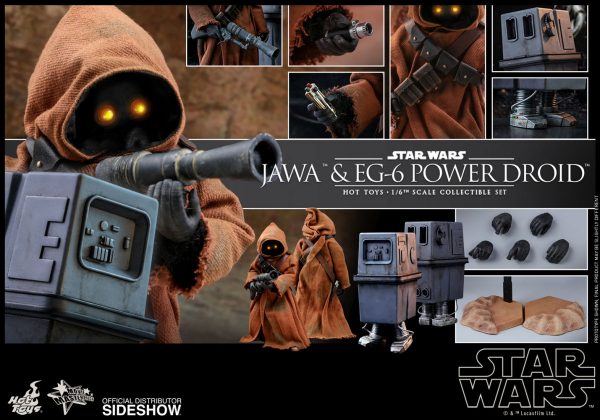 Jawas are meter-tall humanoids completely hidden behind rough, hand-woven robes. Their faces are concealed within the dark folds of a cowl, from which only their glowing yellow eyes can be seen. They comb the deserts of Tatooine in search of discarded scraps, wayward mechanicals and incapacitated droids to drag to their fortress-homes and immense sand-scarred vehicles known as sandcrawlers. The Jawas sell their hastily refurbished junk to moisture farmers who are hard-pressed to find a better selection elsewhere.

Little more than walking batteries, Power Droids trundle along as directed by their owners or their programming, recharging vehicles and machinery. They are often called “Gonk” droids in imitation of their simple vocalizations. There are many different models of Power Droids. Although they are common sights throughout the galaxy, Power Droids are often overlooked despite their critical importance to both military and civilian life.

Meticulously created based on the appearance of the two characters in the movie, the Jawa Sixth Scale Collectible Figure features a newly developed head with LED lights, a skillfully tailored costume, variety of accessories, and a sand-themed figure base. The EG-6 Power Droid is finely crafted with a detailed mechanical body complete with weathering effects, and also comes with a sand-themed figure base.