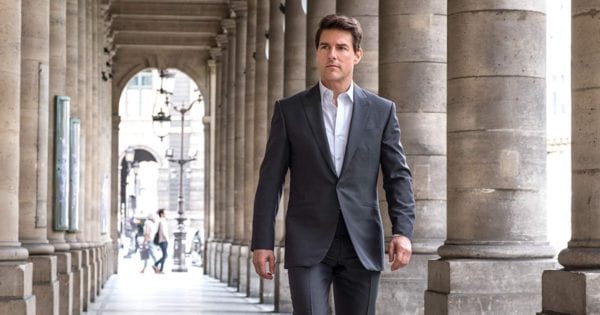 It looks like writer/director Christopher McQuarrie has started pre-production on the next two Mission: Impossible instalments. The director took to Instagram to post his work on the “first sketches” for the upcoming two films in the franchise.

@mbristolart up to no good.

A post shared by Christopher McQuarrie (@christophermcquarrie) on Sep 13, 2019 at 4:24am PDT

Of course, the sketches don’t give any information anyway because of the way the camera is angled but it’s great to know McQuarrie is already hard at work on the initial stages for the popular action series.

There are currently few details on the next two Mission: Impossible films apart from they are going to be shot back-to-back with the first film set for July 2021 and the second the following year, and that Tom Cruise (Ethan Hunt) and Rebecca Ferguson (Ilsa Faust) will be joined in the cast by MCU star Hayley Atwell, who is set to play the female lead in both movies.

The biggest question of all however is how will Cruise manage to top his most recent stunts in the franchise which includes an actual HALO jump, hanging off the side of a cargo plane, and scaling the Khalifa tower in Dubai?

Are you looking forward to Mission: Impossible 7/8? How do you think Tom Cruise will top his stunt work in previous instalments? Let us know in the comments or tweet us @flickeringmyth…