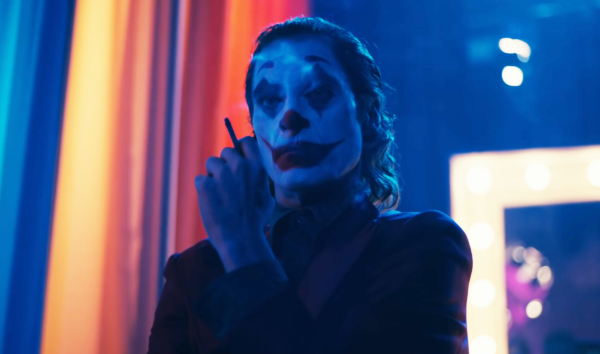 Allen, Gerald, Tori, and EJ discuss the trailers for Birds of Prey, and The Gentlemen, some of Tori’s highlights from the London Film Festival, including The King, The Lighthouse, and Jojo Rabbit, and EJ discusses the Judy Garland biopic, Judy.

When Tori exits to continue her LFF reviews, the guys discuss the first week of the AEW Dynamite television show before settling in for a lengthy conversation on one of the most bafflingly controversial movies of the year, Todd Phillips’s Joker, starring Joaquin Phoenix in the titular role. (Spoilers are not avoided. Be warned that this is a fairly lengthy dissection of the film with few stones left unturned. As these spoilers were key to the conversation, there is unfortunately no spoiler-free edit of this episode.)