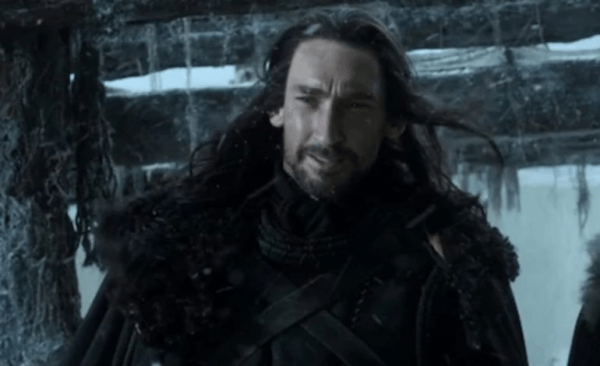 Having tapped writer and producer Bryan Cogman earlier this year, Amazon has added another Game of Thrones alum to its Lord of the Rings TV series, this time on screen, with Deadline reporting that actor Joseph Mawle has signed on to appear in the hotly-anticipated fantasy drama.

Mawle, who portrayed the character of Benjen Stark in the HBO series, is reportedly set to play the lead villain in the Middle-earth show, thought to be called Oren. He joins a cast that so far includes Will Poulter (Midsommer), Markella Kavenagh (Picnic at Hanging Rock), and Maxim Baldry (Years and Years).

Specific plot details for The Lord of the Rings are being kept under wraps, but we do know that it will be set during the Second Age of Middle-earth, which ended with the final battle between the Last Alliance of Elves and Men and Sauron’s forces, as witnessed in The Lord of the Rings: The Fellowship of the Ring.

SEE ALSO: Amazon’s The Lord of the Rings TV series targeting 20-episode first season, must be canonical to Tolkien

Amazon Studios is gearing up to begin shooting on The Lord of the Rings in New Zealand in the coming months, with the series expected to premiere on the streaming service at some point in 2021.