It’s time to experience extreme vengeance as Park Chan-wook’s sensationally violent masterpiece Oldboy is released this week with a newly mastered restoration courtesy of Arrow Films. To celebrate, we are giving away a DVD. 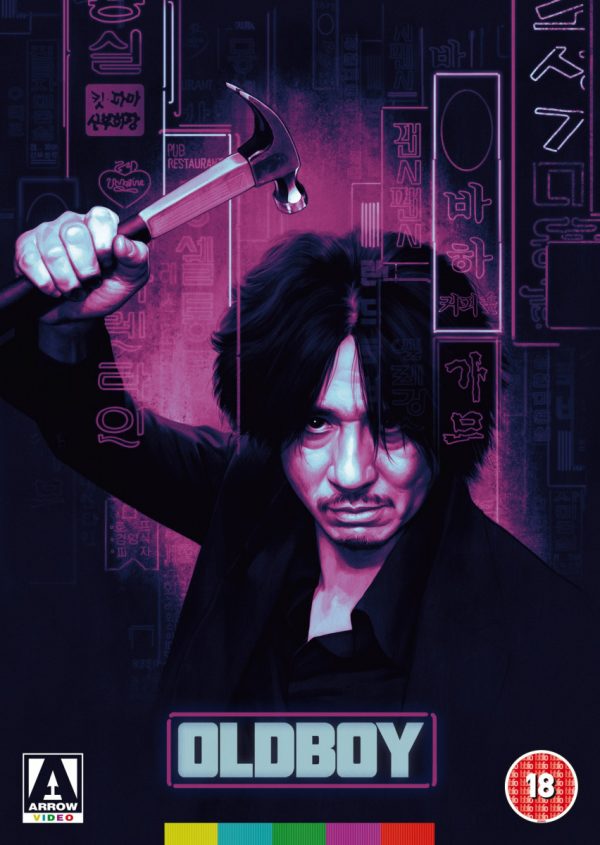 Often cited as one of the best films of the 2000s and possibly the definitive example of extreme Asian cinema, Oldboy is a brutal modern classic of the revenge genre.

Based on the Japanese manga of the same name, the film tells the horrific tale of Oh Dae-su (Choi Min-sik), a businessman who is inexplicably kidnapped and imprisoned in a grim hotel room-like cell for 15 years, without knowing his captor or the reason for his incarceration.

Directed with immense flair by Park Chan-wook (The Handmaiden), Oldboy blazed a trail at the 2004 Cannes Film Festival where it was lauded by the President of the Jury, director Quentin Tarantino. The film went on to become an international smash hit, blowing audiences minds with its concoction of filmmaking virtuosity, ingenious plotting, violence and pathos.

The competition closes at midnight on Sunday, October 20th. UK readers only please. To enter, use one of the following methods…