Eureka Entertainment releases THE FATE OF LEE KHAN, the action-packed wuxia classic from master craftsman King Hu, as part of The Masters of Cinema Series in a definitive Dual Format (Blu-ray & DVD) edition on 21 October 2019, presented from a new 2K restoration, and we have three copies to give away; read on to enter… 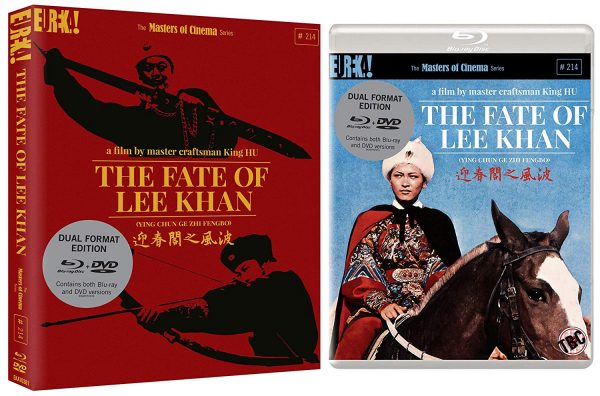 Academy Award® winner Christopher Walken (The Deer Hunter, Pulp Fiction) is a brutal mercenary who must fight the ultimate battle – against his own conscience – in this powerful action thriller with a heart-thumping tempo. The Dogs of War is a spectacular adventure that brilliantly captures the horror – and glory – of war.

Jamie Shannon (Walken) is a cynical warrior-for-hire who only ever feels truly alive in the heat of battle, and now he’s about to take on the most challenging assignment of his career: to invade a corrupt African dictatorship and shift control to the “puppet” of a powerful British corporation. To prepare, Shannon masterfully trains and equips a squad of deadly mercenaries with the latest and most destructive tactics and military hardware. But as their explosive assault begins, Shannon finds himself embroiled in an internal conflict of his own. Will this be his greatest triumph, or has he sold his soul along with his battle expertise?

Praised on release for its dialogue, action, and characters, The Dogs of War is a gritty masterpiece, and one of the best war movies of its era. Eureka Classics is proud to present John Irvin’s feature debut on Blu-ray for the first time in the UK.

The competition closes at midnight on Sunday, October 27th. UK readers only please. To enter, use one or more of the following methods…