WEREWOLF, director Adrian Panek’s nightmarish WWII survival horror, is released by Eureka Entertainment as part of the MONTAGE PICTURES range in a Dual Format (Blu-ray & DVD) edition on November 18th 2019, and we’ve got three copies to give away! Read on for details of how to enter… 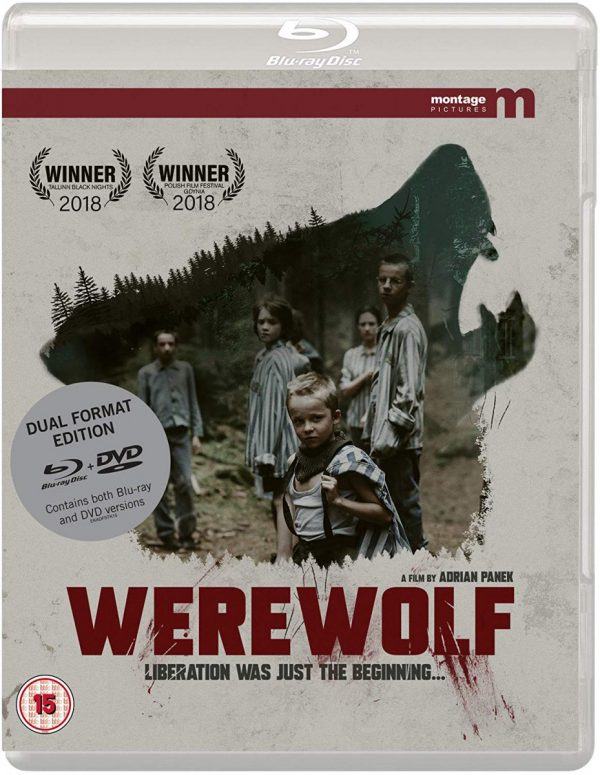 Werewolf is a Polish World War II thriller about eight children who have escaped from a concentration camp and are hiding in a secluded villa to avoid the bloodthirsty hounds that have been released by the SS officers before their retreat.

Summer of 1945. A temporary orphanage is established in an abandoned palace surrounded by forests for the eight children liberated from the Gross-Rosen camp. Hanka, also a former inmate, becomes their guardian. After the atrocities of the camp, the protagonists slowly begin to regain what is left of their childhood but the horror returns quickly. Camp Alsatians roam the forests around. Released by the SS earlier on, they have gone feral and are starving. Looking for food they besiege the palace. The children are terrified and their camp survival instinct is triggered.