Eureka Entertainment releases WHAT’S NEW PUSSYCAT?, Clive Donner’s zany screwball comedy starring Peter Sellers and Peter O’Toole, for the first time on Blu-ray in the UK as part of the Eureka Classics range from 2nd December 2019, and we have three copies to give away! Read on for details of how to enter… 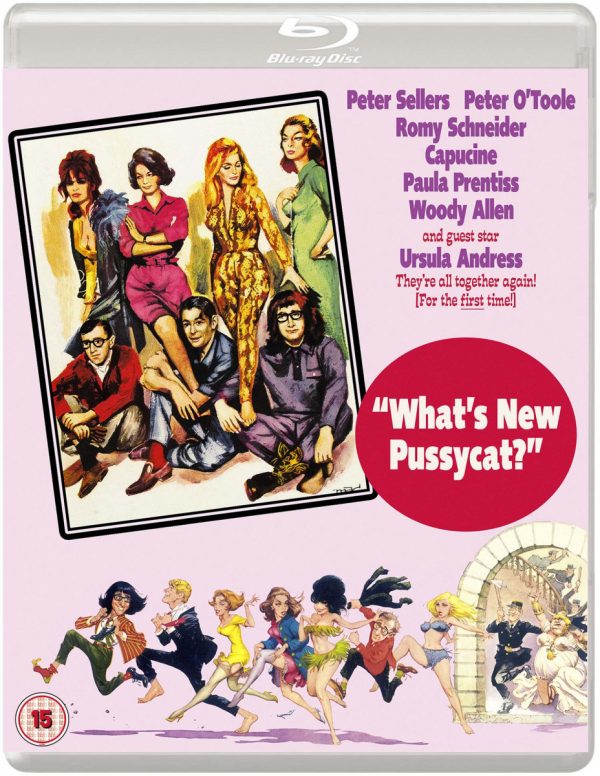 It’s tough being the cat’s meow! A zany blend of slapstick gags and madcap comedy, What’s New Pussycat?, starring Peter Sellers, Peter O’Toole and Woody Allen in his acting and screenwriting debut, is the wildest, wackiest film to emerge from the swinging ’60s.

Michael (O’Toole) is a mademoiselle magnet. His demented psychiatrist (Sellers) and sex-starved friend (Allen) would kill for this problem, but his would-be fiancé (Romy Schneider) might just kill him. Undergoing therapy, Michael tries to reform, but it won’t be easy with sex kittens like Ursula Andress, Paula Prentiss and Capucine on his tail!

Wonderfully directed by Clive Donner (The Caretaker) and featuring the hit title song written by Burt Bacharach and performed by Tom Jones, Eureka Classics presents What’s New Pussycat? on Blu-ray for the first time in the UK.

The competition closes at midnight on Sunday, December 8th. UK readers only please. To enter, use one or more of the following methods…