To celebrate the DVD release of WWE: Hell in a Cell 2019 (available to buy from 18th November) – we are giving away a copy to one lucky winner. 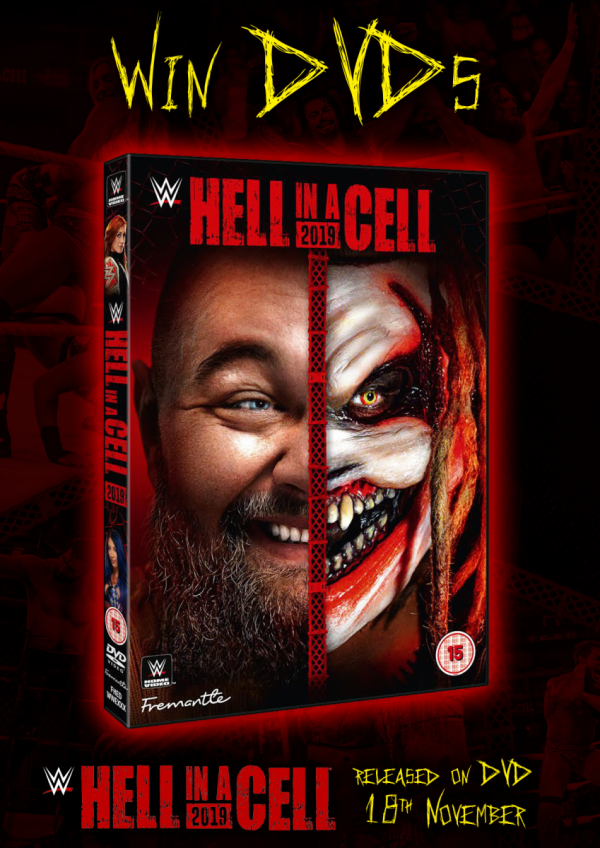 The most demonic structure in sports-entertainment returns, as WWE’s most-heated rivalries and fearsome Superstars step inside Hell in a Cell – and the results are brutal! Seth Rollins defends his Universal Championship against Bray Wyatt’s alter-ego “The Fiend” inside the Cell, while Becky Lynch puts her Raw Women’s Championship on the line against Sasha Banks in only the second ever women’s Hell in a Cell match! Plus much more

Hell in a Cell has a long history of settling the biggest scores and containing the wildest Superstars. Some of WWE’s most destructive matches ever have taken place within the demonic structure. But this year’s event put a new twist on Hell in a Cell with one of the most controversial ends to a major WWE pay-per-view ever!

Becky Lynch and Sasha Banks take the women’s division to new levels with an innovative and unpredictable grudge match inside the Cell. And there’s a big surprise in store when Charlotte Flair challenges Bayley for the SmackDown Women’s Championship!

There’s also hard-hitting, fast-paced action when the unlikely team of Roman Reigns and Daniel Bryan collide with Rowan and Harper. but can Reigns and Bryan stay on the same page? And what will it mean for the future of both Superstars?!

And in the shocking main event, Seth Rollins faces Bray Wyatt AKA The Fiend inside Hell in a Cell! Have Wyatt’s mind games worked on Rollins? Or will they simply take Rollins somewhere he never dared go before? What happens is so terrifying it’s like something from a horror movie!

The competition closes at midnight on Sunday, November 17th. UK readers only please. To enter, use one of the following methods…