The CW has revealed a poster for this year’s Arrowverse crossover event Crisis on Infinite Earths which assembles heroes from Arrow, The Flash, Supergirl, DC’s Legends of Tomorrow, Black Lightning, and Batwoman as they face a fight to save the DC Multiverse from the threat of the Anti-Monitor; check it out here… 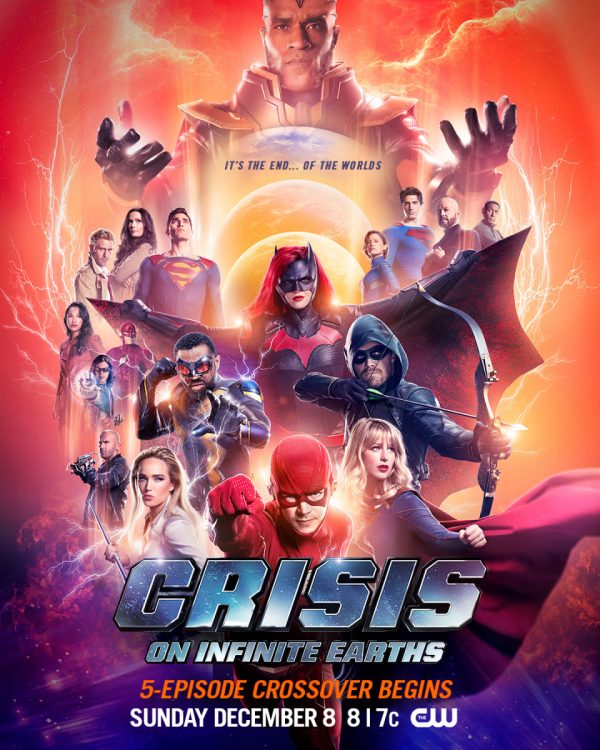