Ultimate Games and developer Ingrek has announced the release of their insect action game Bug Academy on Steam.  In this crazy action title, players will take a small swarm of insects through some challenging trials.  Only those who succeed in completing them all can graduate from Bug Academy.  Watch the new launch trailer below… 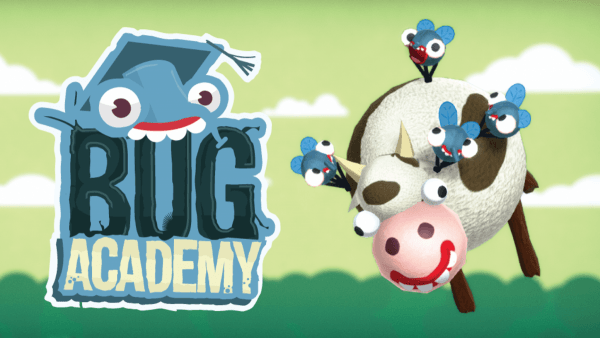 In Bug Academy players will guide their swarm of insects through over thirty lessons and exercises.  These exercises and lessons will feature wacky and crazy tasks such as demolishing walls to deliver fridges, sending rockets into space using mosquitoes and chili sauce, capturing ghosts with a vacuum cleaner and even herding cows.  Only by completing these lessons can players face the final examination and become a Bug Academy graduate.

Players will be able to control 4 different types of insects, these are:

For those who like a bit of customisation, stars can be gained from completing lessons and these can be used to unlock special hats that can be given to the insects to make them stand out from the crowd.

Put away that insect repellent and purchase Bug Academy from Steam.