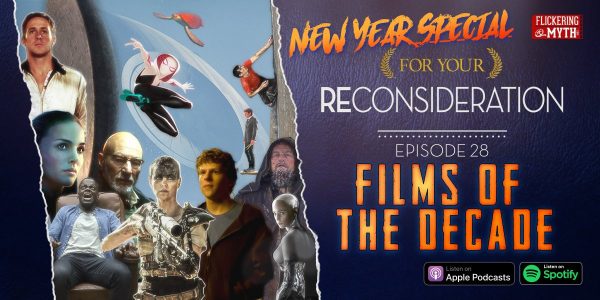 Hosted by Robert Parker, Simon Lewis and James Stuart, each episode is an irreverent and humorous look at the maligned movies of the past, as our hosts determine whether these films deserve a second chance and are in fact worthy of Reconsideration

It’s the end of the decade, so as a special treat the guys discuss their favourite movies from the last ten Years.