To celebrate the release of EDGE OF THE AXE – available on Blu-ray 27th January from Arrow Video – we have a copy up for grabs! 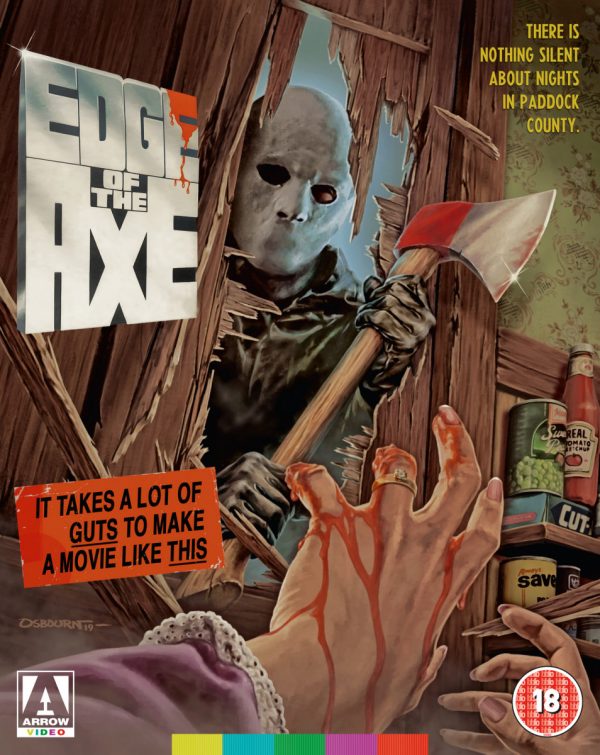 The rural community of Paddock County is being rocked by the crazed exploits of an axe-wielding psychopath, who stalks the night in a black trenchcoat and mask. As the victims pile up, the authorities attempt to keep a lid on the situation, whilst computer whizz-kid Gerald and girlfriend Lillian seek to unmask the killer before the town population reaches zero.

Nominally set in Northern California but shot primarily in Madrid, giving the film an off-kilter, American/European atmosphere akin to the likes of Pieces, Edge of the Axe is a late entry hack-and-slash masterpiece from one of the titans of Spanish terror.

The competition closes at midnight on Sunday, February 2nd. UK readers only please. To enter, use one of the following methods…