Sideshow has unveiled the 1:6 scale Lando Calrissian in his Skiff Guard disguise which is based on the appearance of Billy Dee Williams in Star Wars: Episode VI – Return of the Jedi. The collectible is available to pre-order now, priced at $245.00; check out the promotional images here… 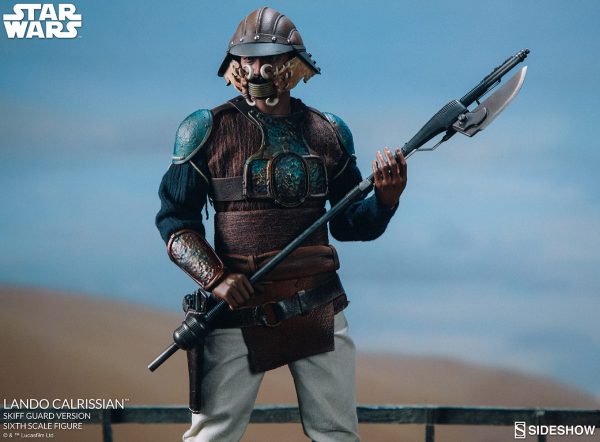 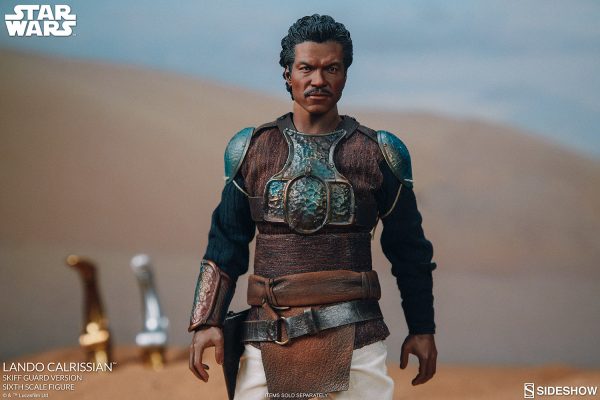 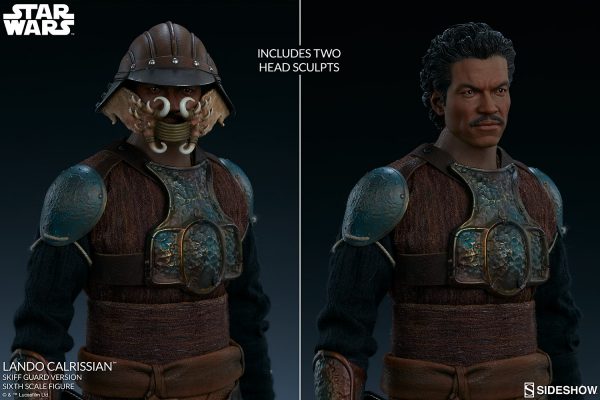 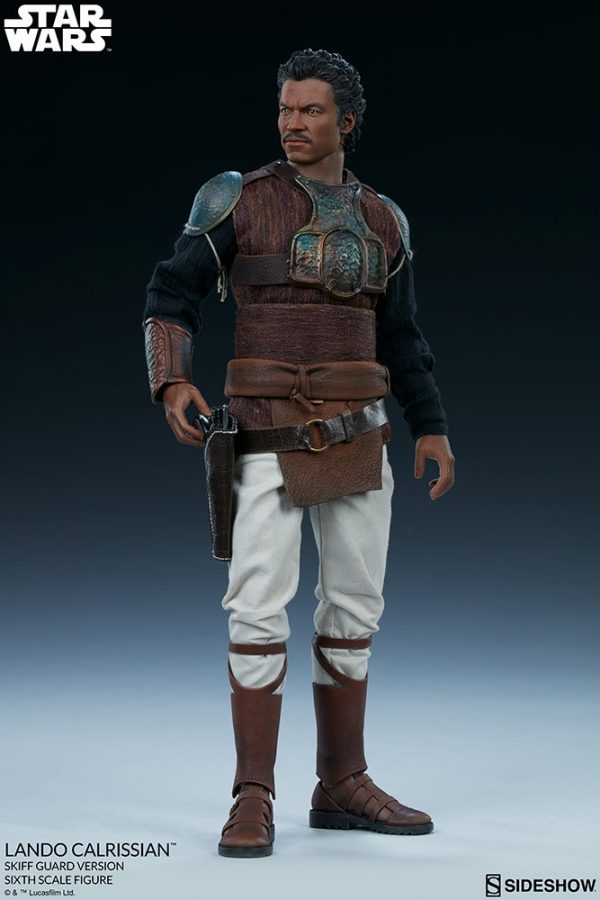 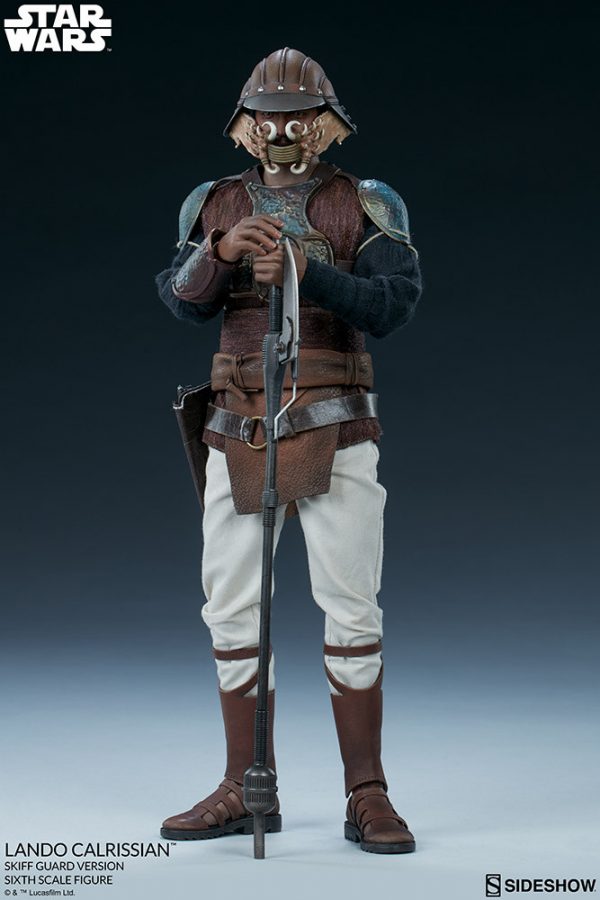 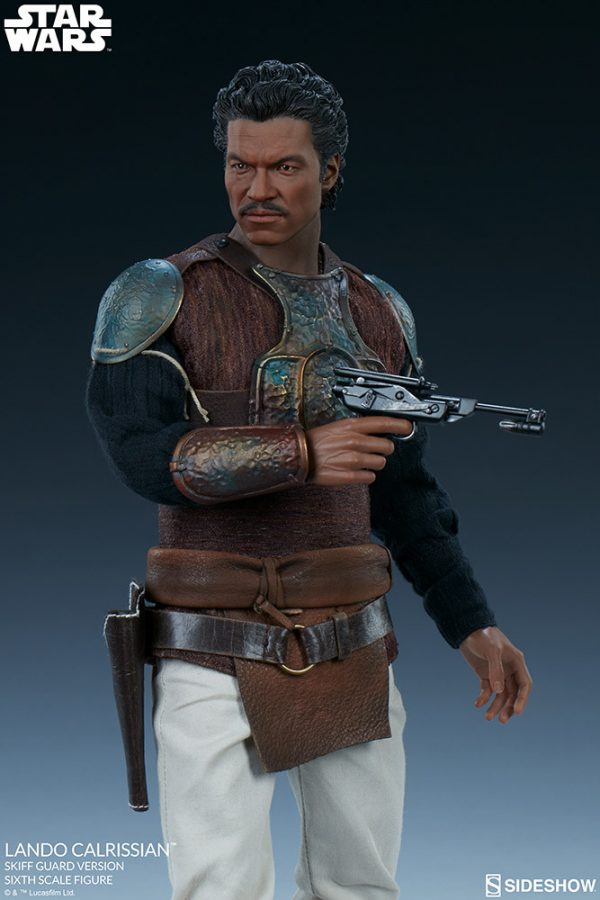 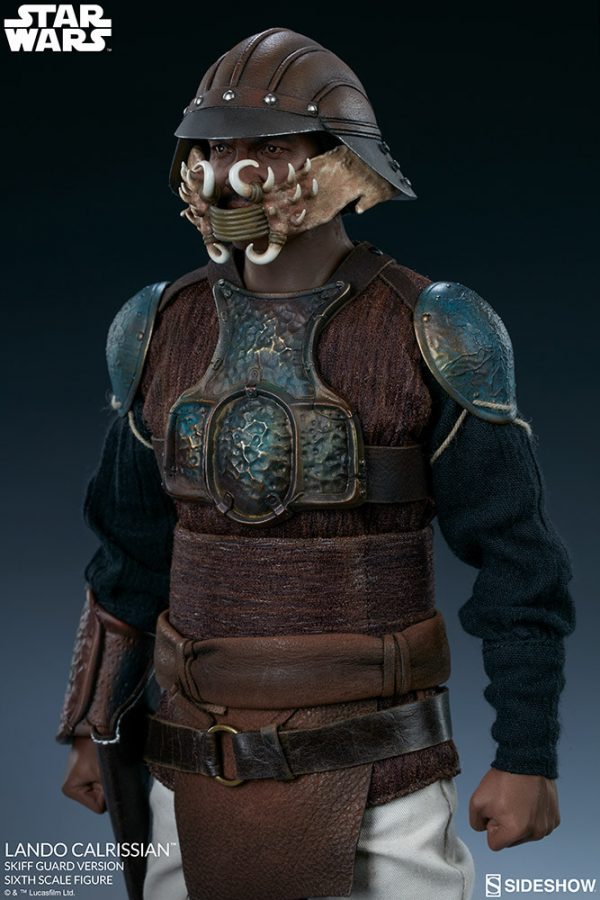 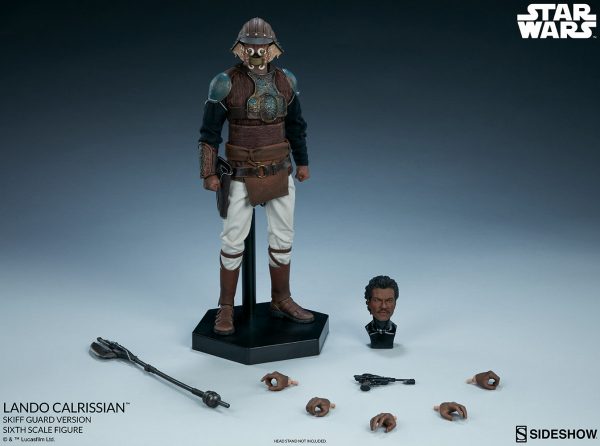 The Lando Calrissian Skiff Guard Version Sixth Scale Figure captures the Bespin baron’s distinct disguised look from Star Wars: Episode VI- Return of the Jedi, as he accompanies the infiltration mission to Jabba the Hutt’s palace on Tatooine. The figure includes both an unhelmeted portrait with the detailed likeness of actor Billy Dee Williams and an alternate portrait with a non-removable helmet and mask as a part of his full guard uniform.

The Lando Calrissian Skiff Guard Version Sixth Scale Figure features a tailored fabric costume detailed with a variety of materials, as well as sculpted chest and shoulder armor. His costume additionally comes with one pair of boots and a faux leather belt with a holster for his included DL-18 blaster pistol. Lando also comes armed with an additional BD-1 Cutter Vibro-axe and seven hands including one pair of fists, one pair of neutral hands, one pair of grip hands, and one right pistol grip hand, giving you a wide range of display options for this figure.