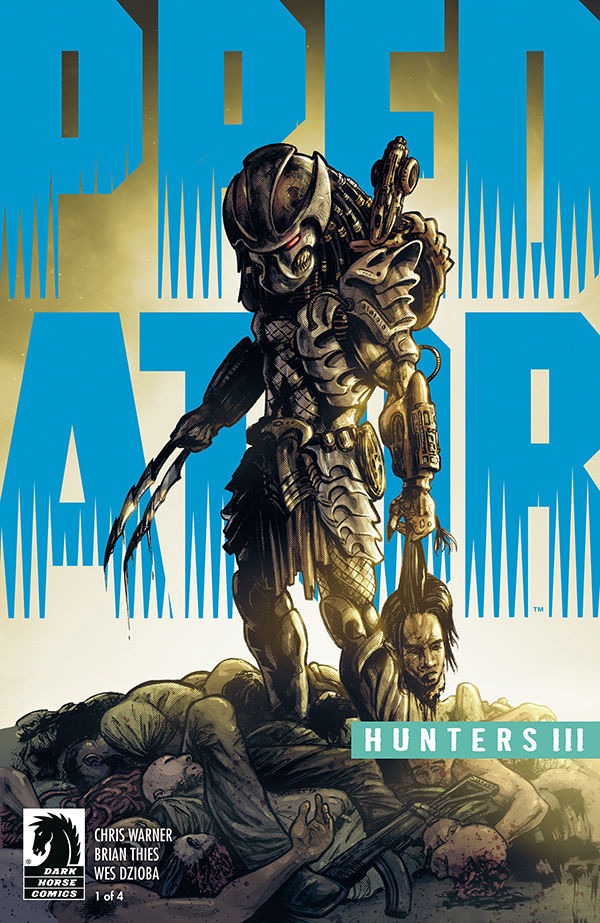 The Predator has been a comic book staple for a number of years now. With classic series such as Alien Vs. Predator and Predator: War, there are not many who have not fallen prey to our favourite species of intergalactic hunters over the years. Dark Horse Comics continues this trend with Predator Hunters III, the next installment in the Predator Hunters series.

Predator: Hunters III sees the creative team of Chris Warner, Brian Thies and Wes Dzioba bring the Predator back to the tropics of Central America. Naturally no Predator comic would not be complete without bloodshed and Predator Hunter III’s first issue features just that.

This opening issue for me felt like a classic bit of fan service that harkens back to the first film. Set in the jungles of Belize we get to see the shadowy goings on with the Cartel intersected with the bloody actions of the Predator. Chris Warner gives us a script that has every bit of mysticism and intrigue into to what happens next. The pacing of the issue is quick and scenes flow from one another extremely well. The artwork of Brian Thies does a superb job of capturing the action and coupled with Wes Dzioba’s colour palette, they both bring Chris Warner’s script to life.

The Predator has a cool design and armour that to me does not look familiar to any Predator designs that we have seen before. The characters introduced in this first issue are well written and I am already interested in Raphael as a character even knowing of his checkered past. That’s what makes the Predator comics so interesting – you don’t really know who is good or bad. Naturally, I often root for the Predator even though it’s meant to be the bad guy!

As an opening issue, Predator Hunters III #1 gets its storytelling off on the right track. It does not give much away in terms of story but a clever script which gives away just enough information has me intrigued into the following the Hunters in their hunt.