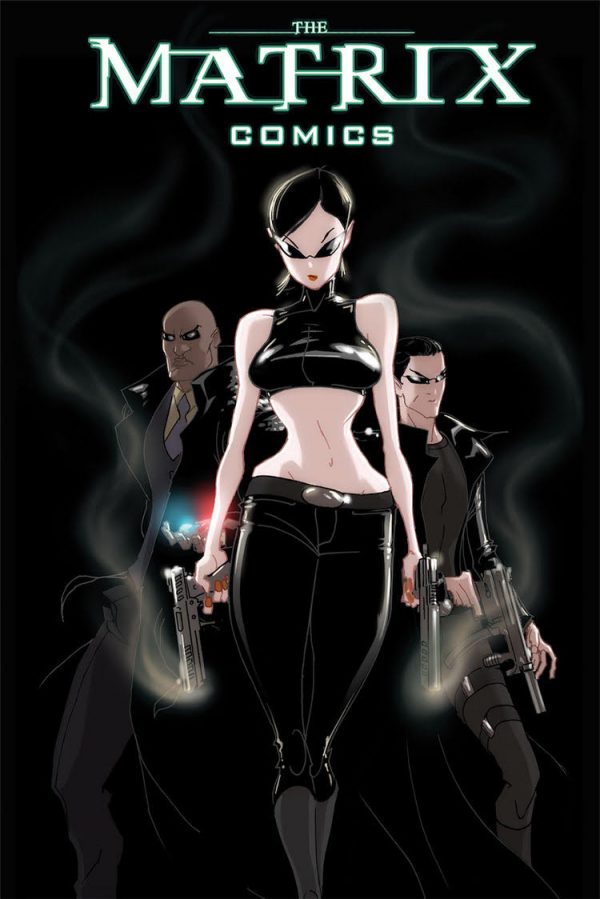 The Matrix Comics are a collection of short stories and comics that are set within the world as depicted within the Matrix franchise.

The collection originally started in 1999 as a single issue that was published for free on the Matrix website and later in print to celebrate the first film’s release. Since then there has been numerous other stories released which add more intrigue and mystery to that age old question: What is the Matrix?

So what is the Matrix? The Matrix is a computer simulation of our world in its current state, which is the product of a sentient machine race to harvest humanity as a power source. The Matrix is monitored by what is essentially an anti virus program dubbed “Agents” that hunt people from the outside world as well as people who are still plugged into the Matrix who become aware that their world is not real. One of these people is Neo and in the film series, it’s through Neo we get to see a brief snapshot of this simulation as well as the world outside the Matrix. The comics serve as an bridge from the films to expand on these two inter-connected worlds and bring new characters and situations to light. Some stories take place in the shadows of the films and others are completely separate entities, but all serve to create more of an understanding to the Wachowskis’ digital world.

This new collection has brought together all the current stories into one mammoth issue that clocks in at just over 400 pages. This expanded 20th anniversary edition features twenty-eight stories that have been written and illustrated by a wide variety of award winning and influential talent within the comic and film industry. We also get the privilege of eight stories that are new to print and a collection of “pin up’s and textless covers” that make up the last part of the collection’s pages. 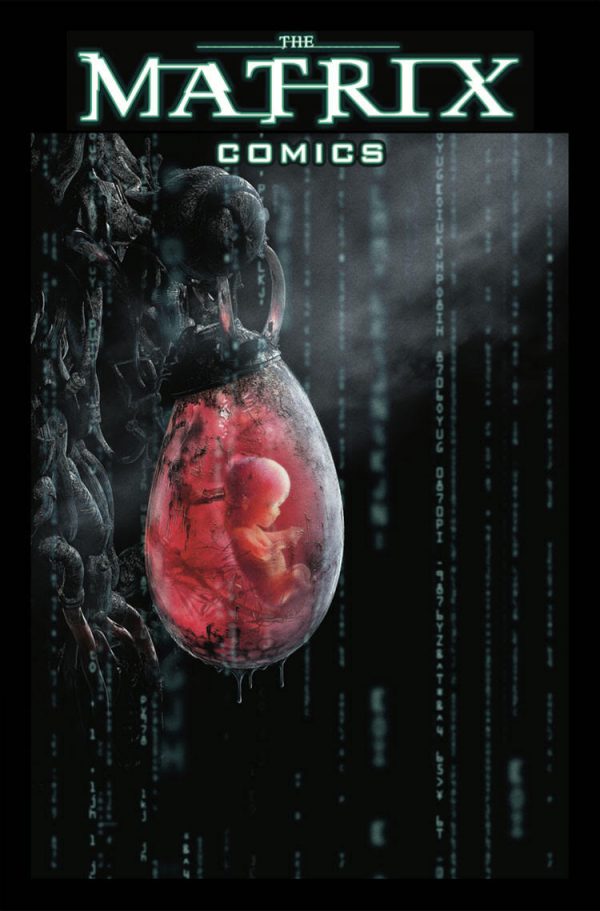 A personal high point for me is that the collection starts with “Bits and Pieces of Information” which tells the story of B1-66ER. Fans of the franchise will already know that “B1” was the first robot to “murder” his owner in an act of defiance which then spiralled into the machine uprising and the creation of the Matrix simulation. Written by The Wachowskis, it serves as a tie in to the Animatrix short film “The Second Renaissance” and shows us what actually happened to influence B1 to play his role in humanity’s ultimate downfall.

Acclaimed writer Neil Gaiman also gets his own story. Titled “Goliath”  this short story is played through the eyes of an unnamed character who is literally pulled out of the Matrix to fight aliens! We get to see how the machines use the Matrix to shape the protagonist into a super soldier who is very similar to Neo. This whole story is as crazy as it sounds and is worthy of a larger story in its own right and opens another direction that could feasibly happen if we are not alone in the universe.

The Matrix Comics is definitely a book that is worth reading and would look good on any book case. Whether your a fan of the film franchise looking for some back-up narrative, or a fan of graphic novels, then this collection of well written tales and gorgeous art is for you. With Lana Wachowski making a return to the franchise for The Matrix 4, it would be good to see some of the characters portrayed in these stories make the leap to the big screen.