Eureka Entertainment releases BLISS, a blood-drenched voyage of drug-fuelled hysteria from director Joe Begos, in a Standard Edition Blu-ray and Limited Edition Blu-ray from 10 February 2020, and we have three copies to give away! Read on to enter… 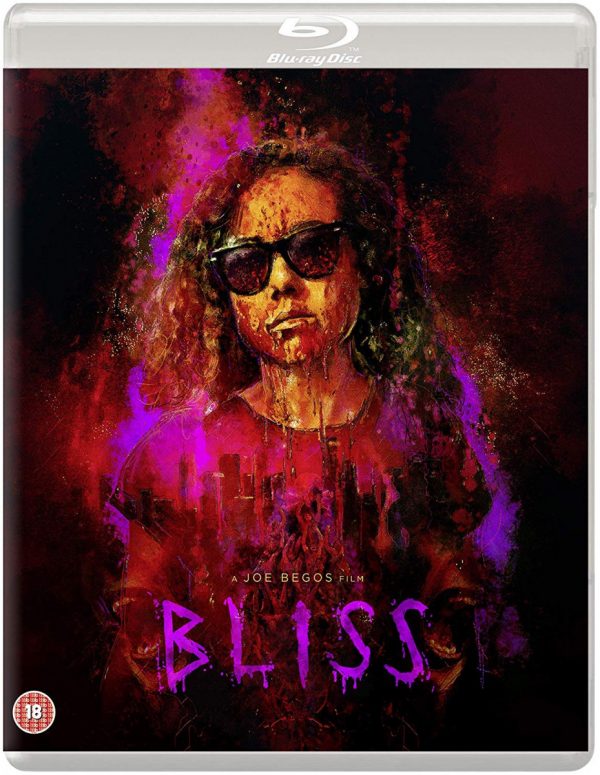 Struggling through a seemingly endless creative rut, hard-partying and Los-Angeles-based artist Dezzy Donahue (Dora Madison, Friday Night Lights) can’t stop the resulting bad streak of problems, including unpaid rent and professional stagnation. In an effort to combat her tough luck, Dezzy throws caution to the wind, indulges in heavy drugs and rages her nights away. Her kinda/sorta boyfriend, Clive, is concerned while her debauchery-minded friend Courtney and her enigmatic hubby Ronnie keep feeding Dezzy’s darkest urges.

Gradually, though, the party starts to end, and in its place, Dezzy finds herself thirsting for blood and suffering from terrifying visions. Having never been one for moderation or self-control, she’s unable to resist her newfound dangerous impulses. And that’s very bad news for everyone in her life, all of whom are filled with the red liquid she now so desperately craves.

Director Joe Begos’ (The Mind’s Eye AKA Supernatural Forces) third feature, Bliss has drawn comparisons to the films of Gaspar Noé and Abel Ferrara, and Eureka Entertainment is proud to present this blood-drenched masterpiece on Blu-ray.

The competition closes at midnight on Sunday, February 16th. UK readers only please. To enter, use one or more of the following methods…