To celebrate the release of SNATCHERS – available on Blu-ray & DVD 17th February – we are giving away a Blu-ray courtesy of Warner Bros. Home Entertainment. 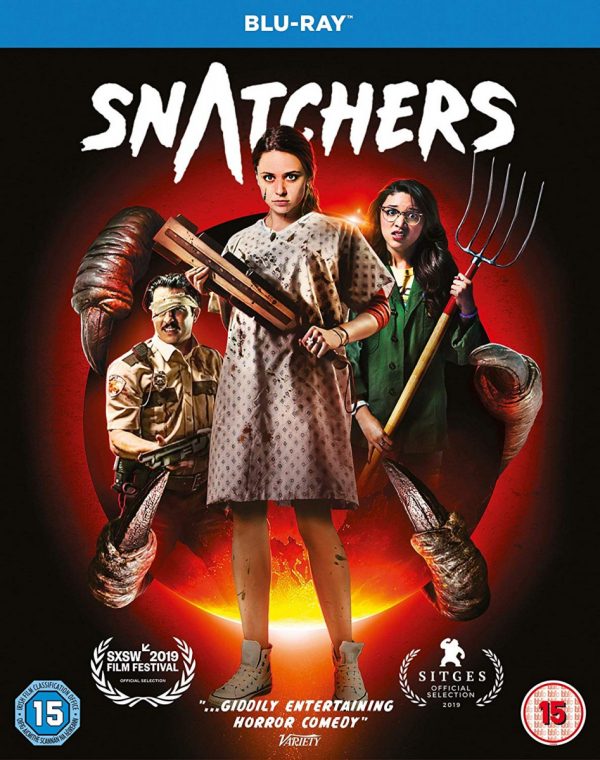 Chosen as one of Variety’s “11 Best Movies of the 2019 SXSW Film Festival”, and described as a cross between ALIENS meets MEAN GIRLS, SNATCHERS was initially released in new media as a successful short-form series that follows a status-obsessed high school teenager who loses her virginity and finds herself pregnant the next day…with an alien!

Senior year is going to rule! Thanks to her relationship with clueless hunk Skyler, Sara is totally in with the cool girls. But Skyler contracted an extraterrestrial bug during his summer vacation. After just one night together, Sara discovers she’s Nine. Months. Pregnant. Desperate to keep her condition on the DL, she turns to the only person she can trust: her nerdy ex-bestie, Hayley. The girls soon realize this alien problem is only just the beginning. Aliens had best beware in this hilarious comedy filled with action and tongue-in-cheek teen spirit.

The competition closes at midnight on Sunday, February 23rd. UK readers only please. To enter, use one of the following methods…