Marvel’s Star Wars: Darth Vader title relaunches this week, and you can check out a preview of the first issue below, which sees the Dark Lord of the Sith returning to a familiar homestead on Tatooine following the climactic events of Star Wars: Episode V – The Empire Strikes Back… 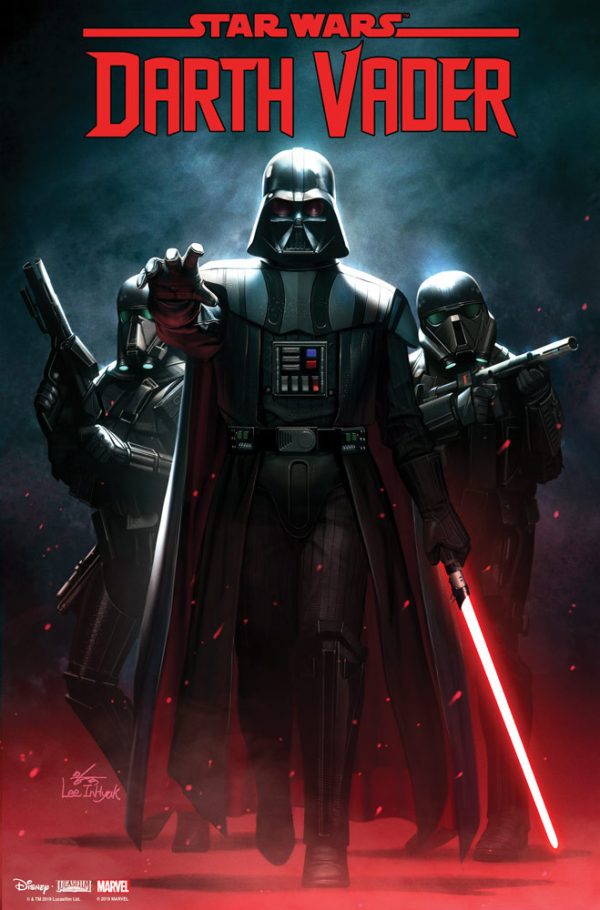 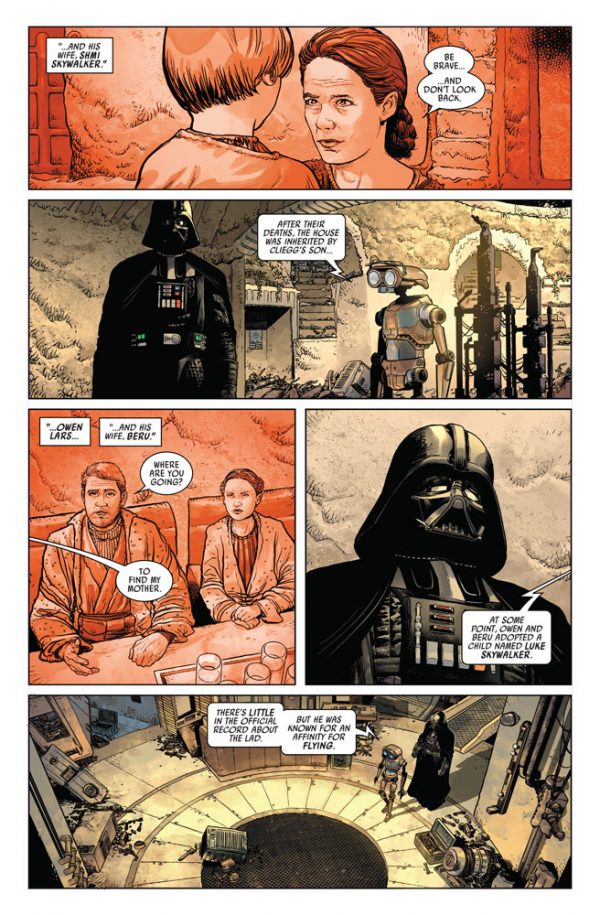 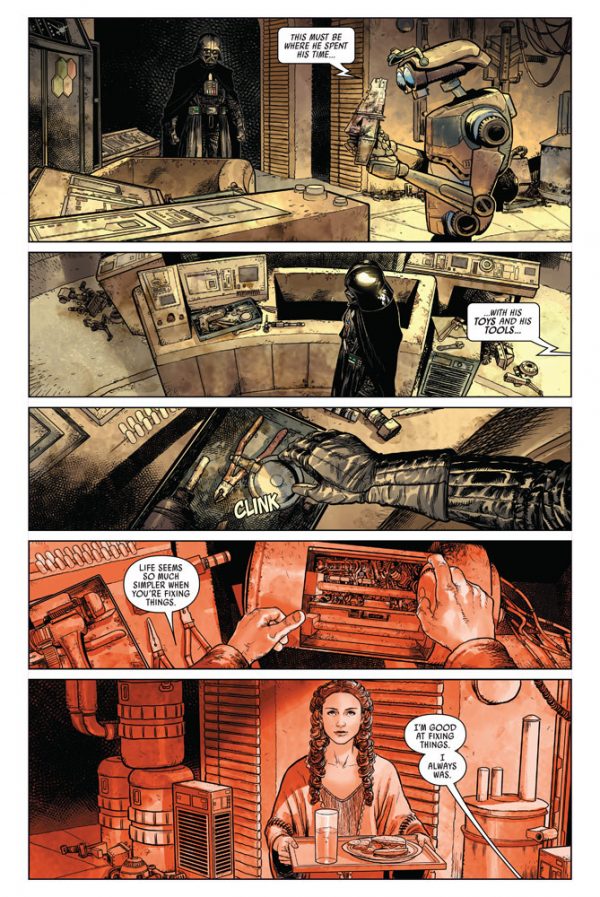 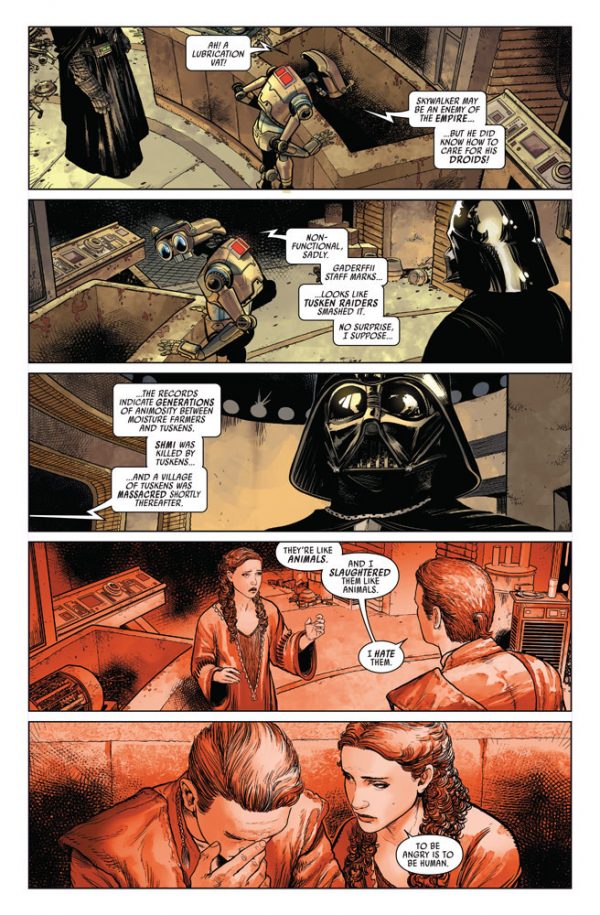 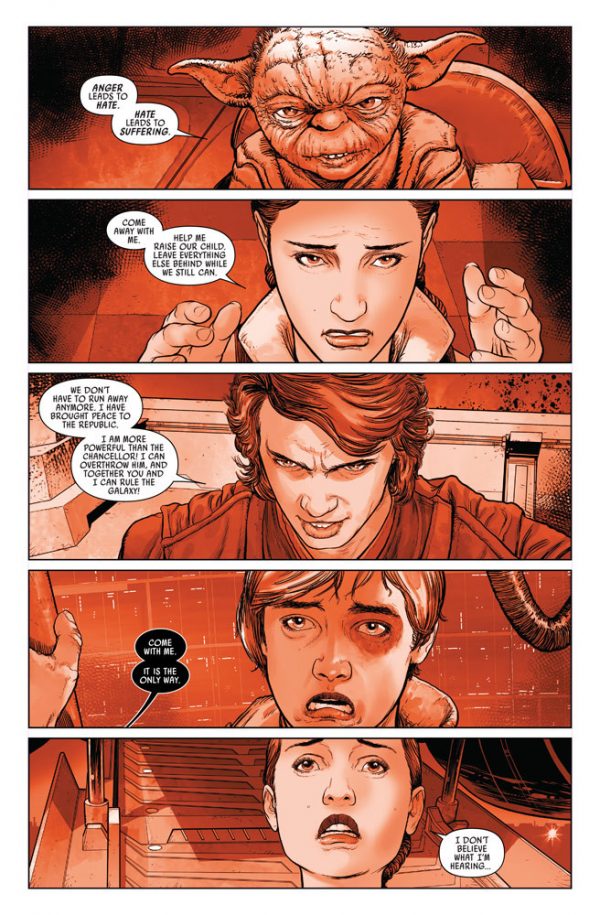 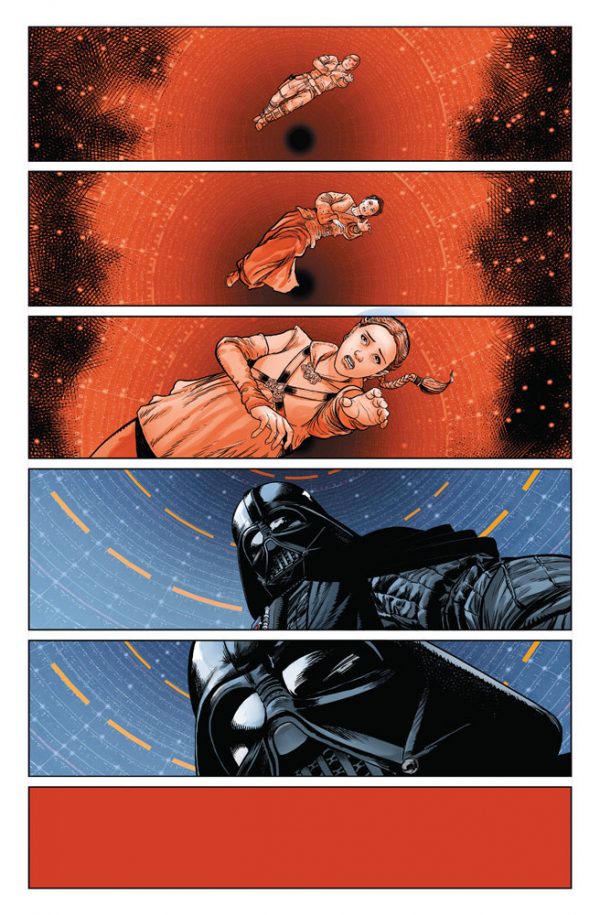 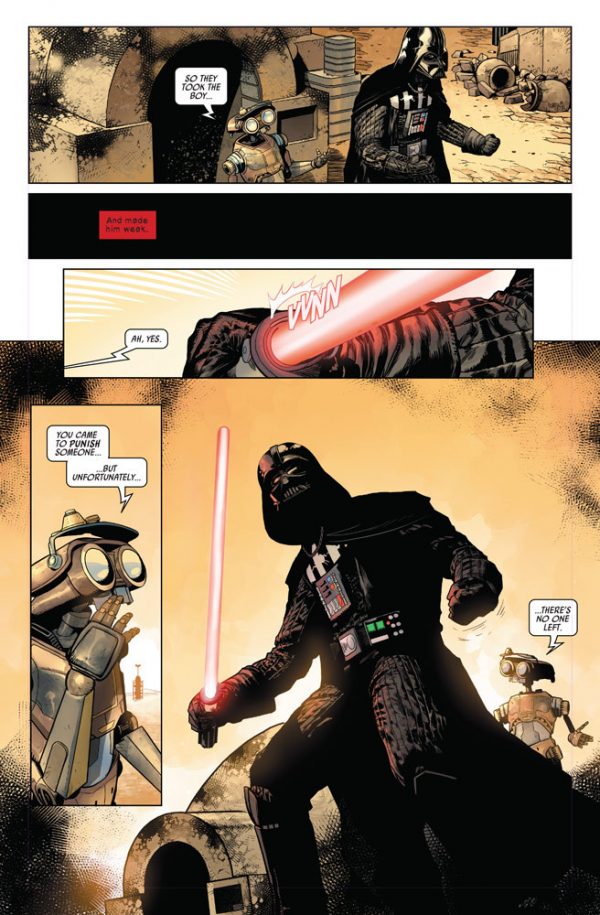 “JOIN ME, AND TOGETHER, WE CAN RULE THE GALAXY AS FATHER AND SON!”

THE TRAGEDY OF DARTH VADER CONTINUES!

In the shattering climax of The Empire Strikes Back, Darth Vader infamously reveals his true relationship to Luke Skywalker and invites his son to rule the galaxy at his side. But Luke refuses — plunging into the abyss beneath Cloud City rather than turn to the Dark Side. We all remember Luke’s utter horror in this life-altering moment. But what about Vader? In this new epic chapter in the Darth Vader saga, the dark lord grapples with Luke’s unthinkable refusal and embarks on a bloody mission of rage-filled revenge against everything and everyone who had a hand in hiding and corrupting his only son. But even as he uncovers the secrets of Luke’s origins, Vader must face shocking new challenges from his own dark past.