Ahead of its release this Valentine’s Day, we’ve got an exclusive clip from the new comedy Addicted to You, which you can check out below courtesy of Leomark Studios… 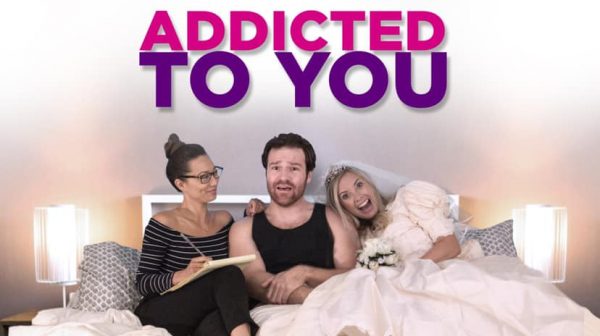 Luke, a Buzzstory producer, is convinced at an early age to “never fall in love”. He takes this advice into adulthood, until he sleeps with his new co-worker, Aimee, who falls madly in love with him. With his job at stake, Luke devises a master plan to pose as a recovering sex addict to ditch Aimee. Just as Luke thought he could get away with it, his boss reveals that he is also a sex addict. Luke is quickly pressured into joining a real sex addiction group where he meets Kara, who could possibly become the love of his life.

Addicted to You is directed by Mike Cochnar and features a cast that includes Shane Hartline, Cat Alter and Melissa Paulo. It is set for release on Digital and DVD on February 14th.