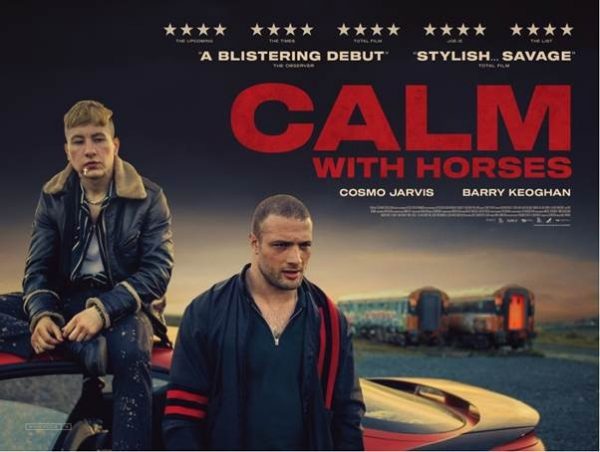 A boxer-turned-mob enforcer is torn between his loyalty to an Irish crime family and his estranged real one. 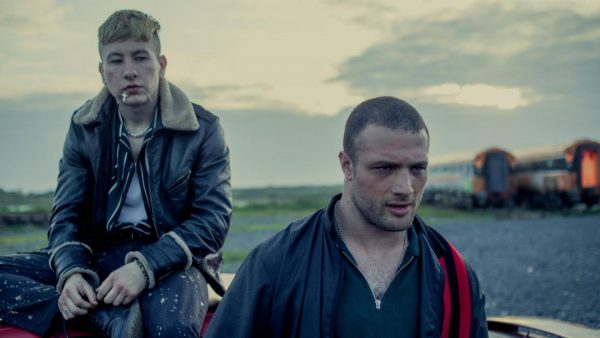 After starring alongside Florence Pugh in 2016’s devilishly dark Lady Macbeth, the lure of the big-budget studio blockbuster might have been all too great for Cosmo Jarvis. Like it was for Pugh, William Oldroyd’s film was a remarkable breakout film: a great showcase for the irrefutable talent currently coming out of Blighty.

While Pugh’s compelling screen presence has seen her flourish in the mainstream, rewarded with a richly deserved Oscar nomination for a memorable turn in Greta Gerwig’s Little Women and a peach of a role in the forthcoming Marvel movie Black Widow, Jarvis has stuck largely to the indie scene.

It’s hardly scuppered his career, however. As Douglas ‘Arm’ Armstrong in Nick Rowland’s blistering debut feature Calm With Horses, he scintillates. Adapted from a novella by Colin Barrett, Jarvis cuts a bulking, intimidating figure as an ex-boxer from the West of Ireland who now works as something of a de facto enforcer for local crime family the Devers, laying much more than a glove on those who do wrong by them. 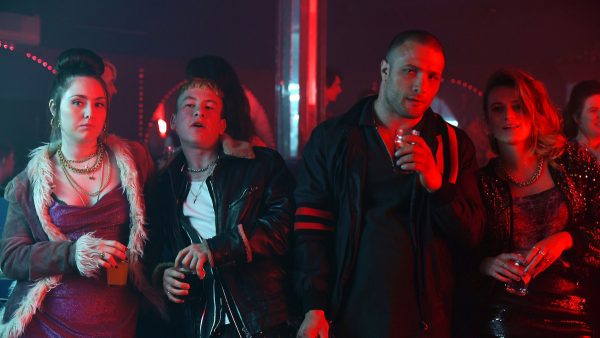 “I’m told I was a violent child” Arm’s husky tones sound over the film’s opening frames. That hardly seems at all surprising: within minutes he’s savagely beaten an elderly man accused of trying to get in bed with a 14-year-old. It’s a bloody, bone-crunching inauguration into a brutal, cyclical existence: one where violence and punishment are woven into the fabric of life and hope seems little more than a muted myth.

Unlike the sweeping, decades-covering, urban mobster modus operandi found in the works of Scorsese, Calm With Horses feels far more inward, set against the backdrop of a rural small town in which everyone knows everyone. That, coupled with only a handful of characters — including Barry Keoghan’s loose canon Dympna and Ned Dennehy’s volatile Paudi Devers — gives Arm’s life, and by extension Rowland’s film, an almost claustrophobic quality, used to relentlessly hammer home the point that this is a life that’s almost impossible to truly cut ties from. 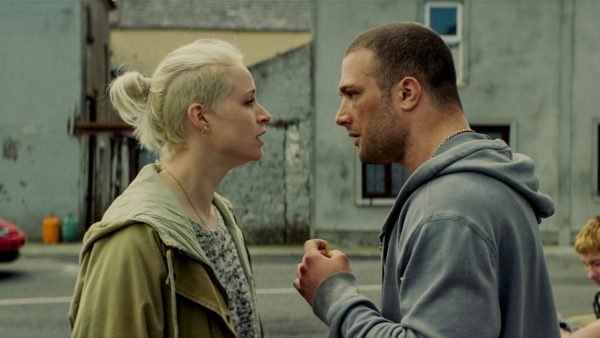 Jarvis, who reportedly spent a month living among locals prior to filming, disappears beneath Arm’s striking, imposing frame and gruff, sonorous accent. It’s a gritty, bruising performance in what is a suitably gritty, bruising film. But while it rarely pulls its punches, Calm With Horses is not a story about who hits hardest. Instead, it manifests as a bleak, layered fable about family, loyalty and masculinity where, ironically, a man defined by his ability to inflict physical pain soon finds his true priority to be attempting to patch up the emotional wounds caused by his estranged relationship with ex-partner Ursula (Niamh Algar) and their autistic son Jack (Kiljan Moroney).

As loyalties between surrogate family and real one inevitably come into conflict — a rather callous conflict, at that — Rowland’s film ultimately succumbs to the draw of more conventional narrative pathways. However, it remains a pounding assault on the senses, boosted by a scattering of stylishly shot set pieces and an occasionally overbearing score from Blanck Mass. But Calm With Horses is undoubtedly elevated by the performances of those in front of the camera. And in its central trio, Jarvis, Keoghan and Algar, the film has three very fine ones indeed.