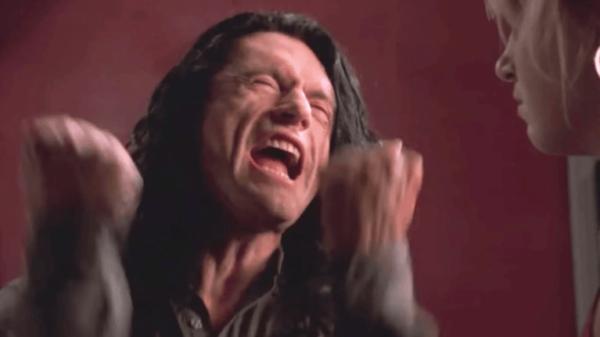 What does it take for a film to be considered a “cult classic?” Many define it as a movie that is popular among a particular group, but for me, that isn’t always the case. Some cult classics can become larger than life presences in the industry, taking over fan conventions and getting remakes/spin-offs. For this listicle, my goal is to celebrate the films that are staples in the cult circuit – even if a movie is beloved by more than just a tiny group of cinema nerds. You may recognize some entries on this list, while others might be wholly new to you. But use this as a way to expand your watch list with some iconic cult classics. Now prepare to enter the strange side of filmmaking!

The Transformers: The Movie (Suggested by Gary Collinson)

This 1986 animated film created a legion of loyal fans that loved their robots in disguise. Transformers: The Movie gained such a cult-following that Hollywood tried to cash in with some weak films from director Michael Bay.

David Bowie and muppets? Labyrinth is the exact type of film you’d expect to become a cult classic, but this musical fantasy adventure is relatively standard for most 80’s babies. For an even more obscure Jim Henson film, check out The Dark Crystal.

The newest entry on the list is probably the sleaziest as well. If you will need a shower after viewing The Greasy Strangler as the film is equal parts hilariously and disgusting. Use this movie to disgust all your friends. 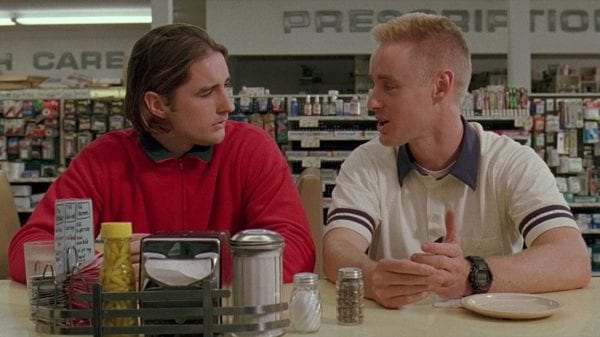 Wes Anderson is known for his cult following, with each of his films cultivating a hungry fanbase. None of his films are quite as obscure as his feature film debut, Bottle Rocket. A commercial failure at the time of release, some very kind words for legendary director Martin Scorsese made this a must-see for plenty of film snobs. Following a group of Texans, as they attempt to become masterclass thieves, the film plays like an even stranger version of a Coen Brothers piece. If you are only familiar with Anderson’s more recent work, look back on his feature film and admire how far the director has made it. 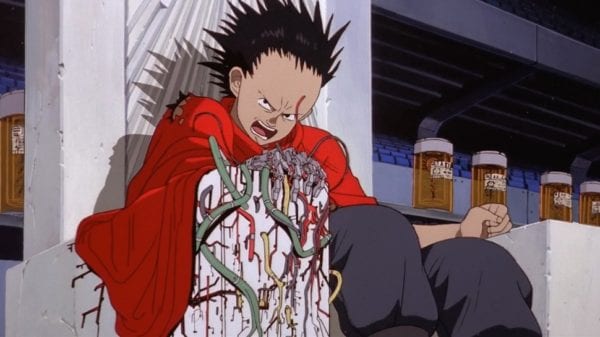 1988’s Akira might be considered a cult classic, but it is also one of the most influential films of all time. Countless filmmakers use the Japanese cyberpunk movie as the bar when creating work in the sci-fi genre. In the early VHS days, this tape was traded around often with many anime lovers praising the film’s brutal and refreshing style. Set in 2019, Akira tells the complex story of bike gang leader Kaneda trying to save telekinetic friend Tetsuo from a shady government agency. Powerful as it is entertaining, do yourself a favor if you haven’t seen the film yet and watch it as soon as possible. 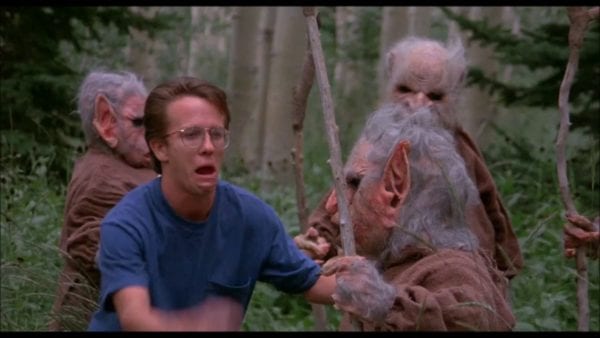 Filled with countless movies that can fall under the “cult” umbrella, horror is the place to go when looking for iconic cult classics. None of them have the cult following and the pure campy experience like Troll 2 though. Labeling this a horror is hard as it feels more like a comedy or something made specifically for Mystery Science Theater 3000, but the movie does feature some goblins wanting to eat humans they’ve turned into plants, so that does sound like a horrifying time. Troll 2 is so infamous that it even has a documentary about its cult following titled Best Worst Movie.

7. The Adventures of Priscilla, Queen of the Desert 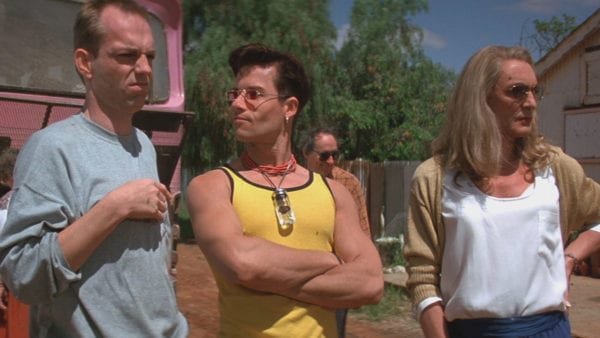 By nature, Australian films have more of a cult status than most due to the country’s inability to push through the mainstream. Very few movies become massive hits with the general public, but there is one exception as The Adventures of Priscilla, Queen of the Desert has quite the loyal following. This 1994 movie about two drag queens (Hugo Weaving and Guy Pearce) and a trans woman (Terence Stamp) traveling by bus through Australian Outback is a fixture in many LGBT lives, but you will be surprised on how many outside the community embrace this campy and obscure film. 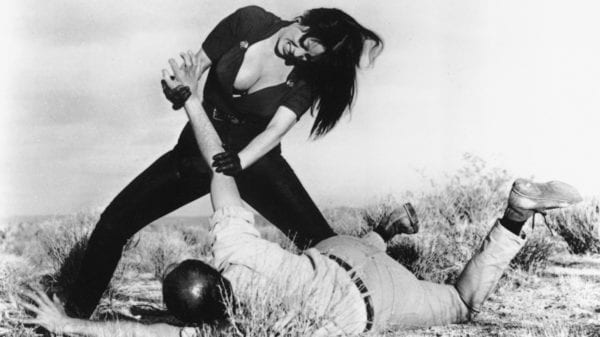 Without Faster, Pussycat! Kill! Kill!, there wouldn’t be Quentin Tarantino movies. You can see the influences from this film all over Tarantino’s cult film Death Proof, with the premise of kick-ass women with attitudes and fast cars are prevalent in both. But this 1965 exploitation film is one of the originals when it comes to cult films with many directors trying to copy the film’s style and reception soon after. Even famed film critic Roger Ebert gave Russ Meyer-directed film a three out of four stars upon its release in 1999. Not too bad for a cheap movie about a gang of murderous go-go dancers. 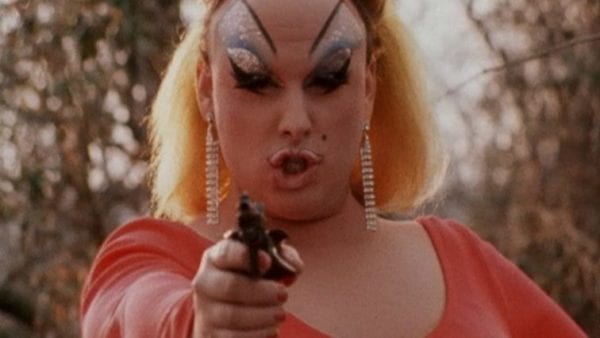 LGBT cinema usually gets placed into cult status due to the niche subject matter, but Pink Flamingos is a cult film for way more than just featuring a drag queen as the lead. This early John Waters masterpiece features some of the most shocking moments ever put on-screen with our lead actress Divine doing something so disgusting in the final moments of the film that typing it even feels wrong. But if Faster, Pussycat! Kill Kill! originated the cult formula, Pink Flamingos perfected it as the film is beloved by many, even if they have what is happening on the big screen. 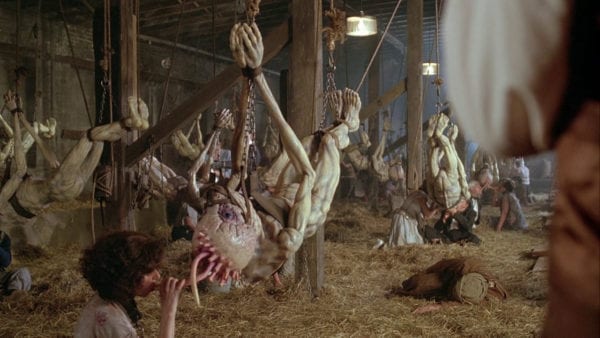 David Cronenberg is a director that loves making a niche film with a rabid fanbase. With that aside, Naked Lunch is probably the most obscure of all his masterworks. Adapting the work of William S. Burroughs is no easy feat, but Cronenberg does it to such an unusual degree that it affected the film’s box office performance; making less than $3 million on about $18 million. Flopping at the box office only cements Naked Lunch’s cult status as it’s gained a very loyal fanbase since the ’91 release. The film even found its way into the home of all cult classics, The Criterion Collection! 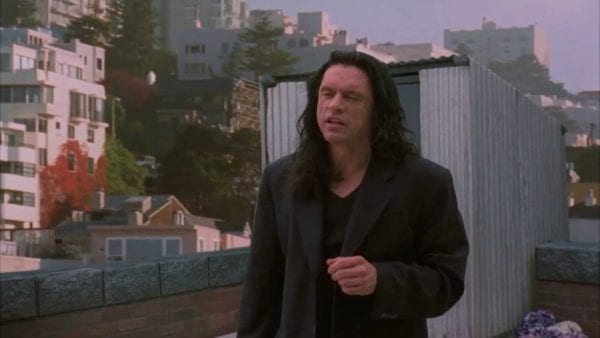 Tackling The Room feels tired by now with the release of the biopic The Disaster Artist a few years ago, but that doesn’t take away from The Room’s impact in the cult world. In the early ’00s, the film was talked about in so many groups for how incredibly bad it was, many showing it to friends and quoting it for days. This reception wasn’t director Tommy Wiseau’s intention, and for years, he felt shame about the project. Thankfully as the legend of The Room grew, Wiseau became proud of the film again, even getting on stage at The Golden Globes when James Franco won Best Actor for playing him. 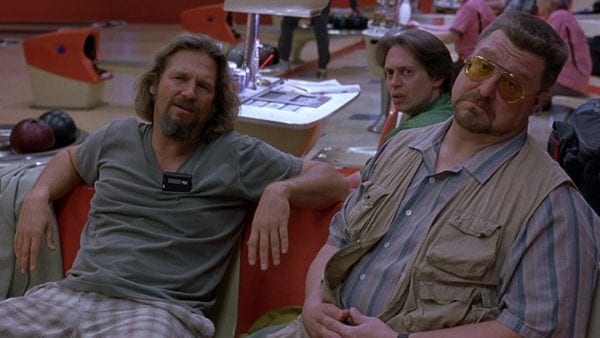 The Big Lebowski is a cult film that’s so massive it has spawned a convention just for itself. Yes, Lebowski Fest draws big crowds of people who all love this iconic Coen Brothers film. That type of impact is usually for films like Star Wars or entire genres like a horror convention, but somehow The Big Lebowski’s cult following gained enough followers to play with the big names. To think that a film that once critically and commercially bombed would end up in the National Film Registry by the Library of Congress, but that’s not only the power of cult film but the power of The Dude himself. 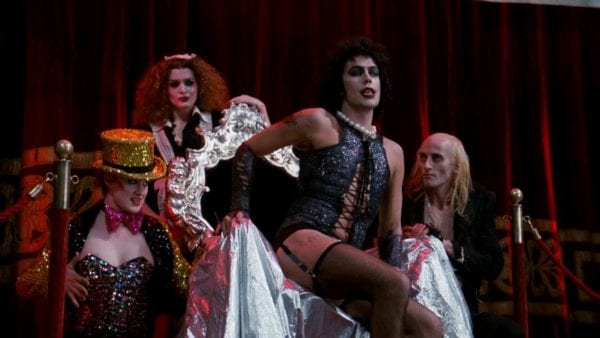 Cult classics are commonplace in the current cinematic landscape, but in 1975, the world was not ready for the concept. But The Rocky Horror Picture Show didn’t care if you were prepared or not. It’s hard to downplay the importance of Rocky Horror, but no other movie on this caught fire quite like this. There’s still midnight screenings where audiences act out the roles and bring props to throw at the screen; something the fans created out of pure love for the film. There wouldn’t be Lebowski Fest or The Disaster Artist without the impact of The Rocky Horror Picture Show and its cult following.

What do you make of this list? Are there any cult classics deserving of a place? Let us know in the comments below or on Twitter @FlickeringMyth…