To celebrate the DVD release of WWE Super Showdown 2020 (available to buy from 27th April 2020) – we are giving away a DVD copy to one lucky winner. 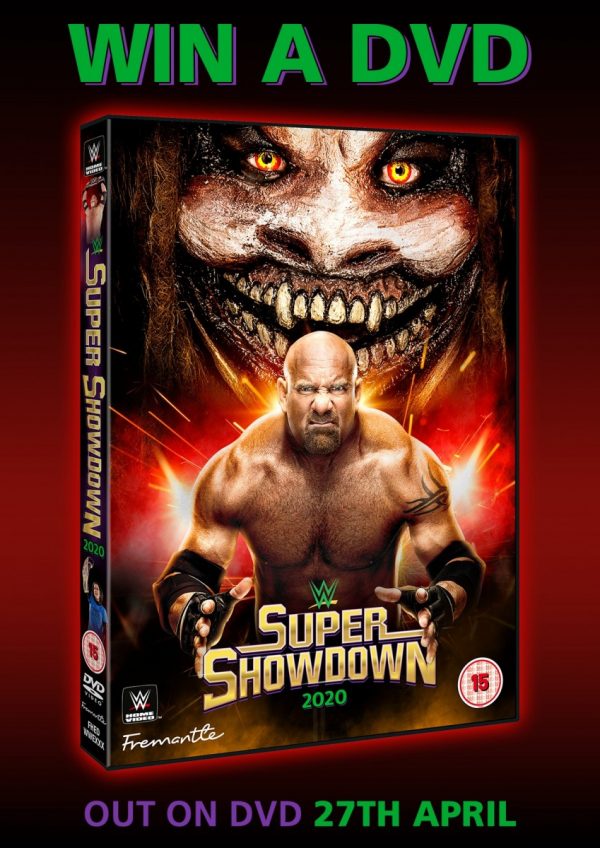 WWE returns to Riyadh for another Super ShowDown event packed with top Superstars! The returning Goldberg challenges Bray Wyatt “The Fiend” for the Universal Championship! Brock Lesnar puts his WWE Championship on the line against Ricochet! And Roman Reigns battles King Corbin inside a Steel Cage! Plus, much more… including an unexpected appearance from The Undertaker!

Super ShowDown was even more spectacular this year because it became a vital stop on the Road to WrestleMania!

Will Goldberg defeat “The Fiend” and walk into WrestleMania as two-time Universal Champion? And can Ricochet topple “The Beast” Brock Lesnar and then face Royal Rumble winner Drew McIntyre at “The Show of Shows” as WWE Champion?

There’s also a brutal Steel Cage Match between longtime rivals Roman Reigns and King Corbin to settle the score once and for all! And the Women’s Division makes even more history as Bayley battles Naomi in an exciting matchup for the SmackDown Women’s Championship!

Super ShowDown also stages the first ever tournament for the prestigious Tuwaiq Trophy. AJ Styles puts in a typically phenomenal performance – but it leads to a surprise appearance from none other than The Undertaker! What will happen when the “Phenomenal One” and “The Dead Man” come face-to-face?!

The competition closes at midnight on Sunday, May 3rd. UK readers only please. To enter, use one of the following methods…