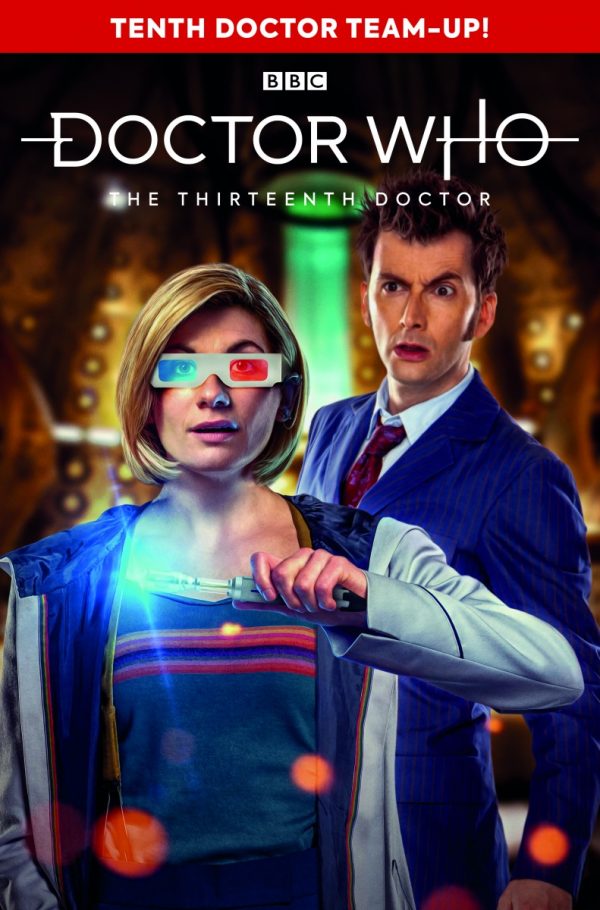 Whilst attempting to avoid a time paradox both the Tenth and Thirteenth Doctors and their respective companions have ended up working together, and the previous issue ended with the Weeping Angels at the TARDIS’ doors with the Nestene Concious also still present in 1969.

As stories go this has been a very good read, and as someone who hasn’t read a Doctor Who comic before I have been eagerly anticipating the next issue. The main draw to many readers would be the inclusion of David Tennant’s Ten, who is arguably the most beloved version of the character to date, and can be used as a very clever marketing tool. That’s not to say that Ten’s inclusion has over shadowed Thirteen as that’s not the case and this has still very much been Thirteen’s adventure albeit with Ten on the side.

Without going into spoiler territory, this final issue does a very good job of tying up the loose ends of the previous three issues – mainly so with the Nestene. The Nestene have been working away in the background of the story and to me they have felt like the after-thought to the Angels. However with this closing issue they are brought to the forefront and our favorite plastic mannequins have their moment in the spotlight.

The whole story has been consistent throughout. Whilst this is a Thirteenth Doctor story Ten has been a brilliant companion per se, and its been great to see the two overcome their differences and see their inevitable likenesses of each other. The inclusion of the Weeping Angels and the Nestene Consciousness also hearkens back to previous adventures, with the team-up filling in the lost time that the Doctor and Martha experience in the television episode ‘Blink’.

Jody Houser has done wonders crafting a tale of two Doctors stuck in time, while keeping the aspects of what makes Doctor Who great. Whilst both Thirteen and Ten steal the spotlight from their companions it is Graham, Yaz and Ryan that ultimately set up the next adventure for Thirteen, but as River Song would say… “spoilers”.