To celebrate the Blu-ray and DVD release of WrestleMania 36 (available to buy from 8th June 2020) – we are giving away a Blu-ray copy to one lucky winner. 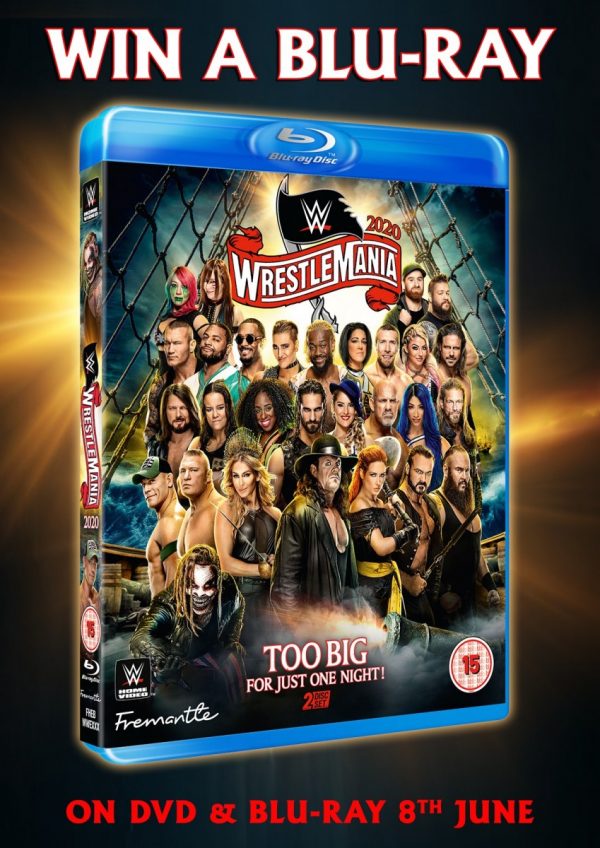 Welcome to WrestleMania… The Showcase of the Immortals, The Grandest Stage of Them All, and the biggest event in sports-entertainment! And for the first time ever, WrestleMania is too big for one night, with two nights of awesome action from top WWE Superstars!

WrestleMania 36 is a unique and unforgettable event – taking place at the WWE Performance Center across an unprecedented two nights and hosted by NFL star Rob “Gronk” Gronkowski!

As always, the stakes are never higher than at Wrestlemania, with WWE’s top championships on the line! The 2020 Men’s Royal Rumble Match winner Drew McIntyre tries to annihilate Brock Lesnar in his mission to become the first ever British WWE Champion… Becky Lynch must defeat Shayna Baszler to continue her year-plus reign as Raw Women’s Champion… and Braun Strowman collides with Goldberg in a battle of monster powerhouses! 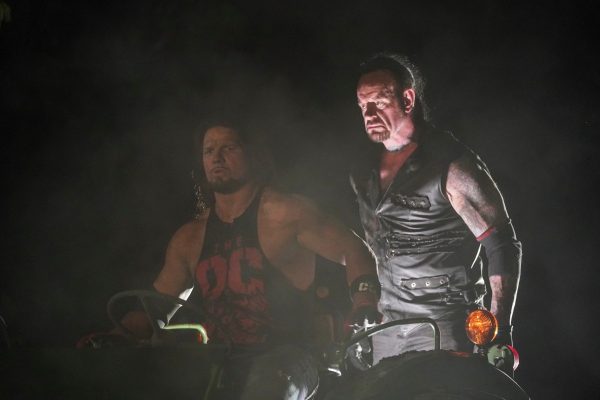 But it’s also a year of major firsts at Wrestlemania. The Boneyard Match and FireFly Fun House Match are unlike anything you’ve ever seen before in WWE – both have been hailed as masterpieces that take sports-entertainment out of the ring and into uncharted, bizarre, and even terrifying territory!

There’s incredible action in the ring too, with electric performances from Superstars such as Kevin Owens, Seth Rollins, Charlotte Flair, Rhea Ripley, Daniel Bryan, Bayley, Sasha Banks – plus a bone-crunching Ladder Match with jaw-dropping stunts and (quite literally) high drama!

WrestleMania 36 also sees the return of the “Rated-R Superstar” Edge, who competes at WrestleMania for the first time in nine years. Battling former partner Randy Orton in a Last Man Standing Match, it’s an intense, psychological war that runs deep with both emotion and history!

This 3-disc set also includes bonus matches from the Kickoff Show and Raw and SmackDown – plus added matches and segments exclusive to the 2-disc Blu-ray edition.

The competition closes at midnight on Sunday, June 7th. UK readers only please. To enter, use one of the following methods…