Cubinet Interactive has announced the release of a new update for their 3D open world MMORPG mobile game Naruto: Slugfest.  Titled The Unseen Enemy, this new patch will feature a wealth of new content, including a new chapter, an increased level cap, new equipment and more. 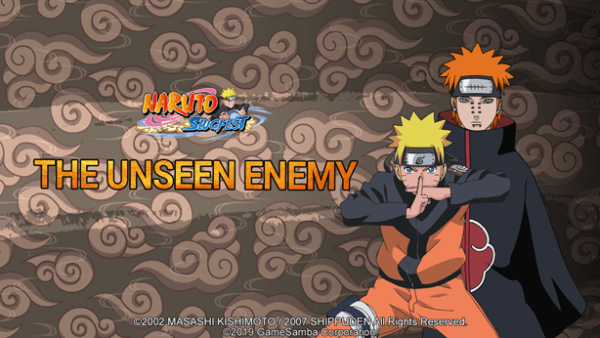 The The Unseen Enemy patch will add a wealth of new PvP/PvE content.  These new features include:

As well as new PvP and PvE modes, there is a variety of new weapon fashions and items that players can use to customise their character.  There is also a UI update that adds items, optimisations and bug fixes to improve the Naruto experience.