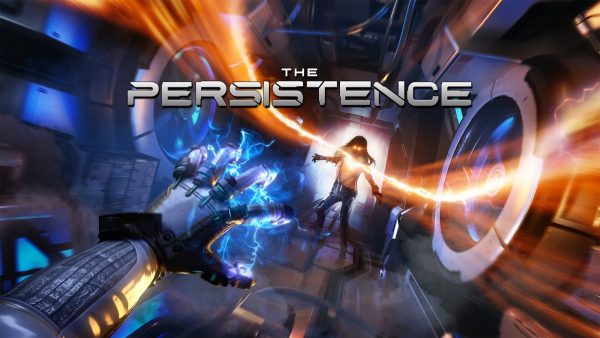 I have always been a sucker for sci-fi horror. Films such as Alien and Event Horizon feature high up in my top ten. The whole theme of space is an open book. In real life we don’t know everything about space and for now that opens up a lot of uncertainty and unease.

The story of The Persistence is a pretty straight forward affair. The Persistence has been caught in the wake of a black hole which has wreaked havoc on board. The crew are dead and we are brought back to life by engineer Serena Karim, who needs our help to repair the ship’s stardrive to escape the black hole’s influence. However, this is complicated further due to the deck modules suffering their own malfunction. Every time we use a teleporter, this causes the current deck to shift positions, and in turn, causes the whole layout of the ship to constantly be in flux. To add icing to our cake, the cloning machine that brought us back to life has also malfunctioned and in creating our new body it has started to churn out horrifically mutated botched clones of the former crew that now haunt the ship.

The Persistence is a massive starship made up of four decks. Each deck comprises of a number of rooms as well as housing the main objective for that deck. The decks themselves are a maze of corridors and service ducts that connect the rooms to each other. Rooms such as medical stations, recreation areas and gyms give a brief  look at what life was like for the crew before the black hole messed everything up. Occasionally we can stumble across a story room which opens up a snippet of lore as well as the possibility of another body for us to control. Whilst each deck has its own objective such as reactivating the ships A.I. or powering up the reactor, you are under no time limit to reach this objective, and are free to explore as you wish. 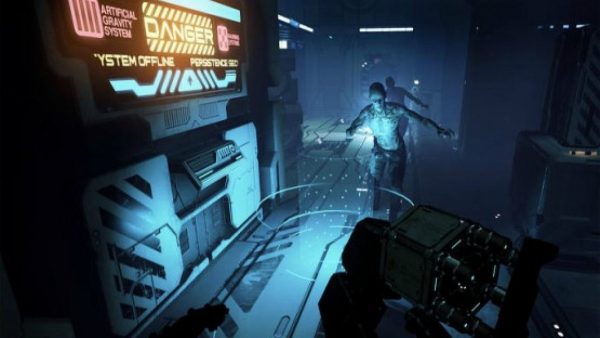 The dark gloomy and often danger-filled corridors and rooms are littered with all kinds of loot to scavenge. One main loot mechanic is stem cells, which are used  for upgrading our host body in a manner of different ways. This can be achieved by using a device which harvests stem cells straight from the various horrors that roam The Persistence. Once harvested these can then be used to boost our core attributes such as health, stealth, strength and Dark Matter which then increases our chances of survival. FAB chips are another currency which are used to purchase supplies and upgrades from the many fabricators that litter the decks. Each weapon upgrade adds added power and ammo to weapons and grenades.

There are also schematics of different rarities to be found, which can then be used to craft upgrades for your suit’s abilities. The best of these can be found in challenge rooms dotted around the map that must be beaten in order to unlock the loot crate within. Some of these crates also hold Porter keys which allow you to skip decks that you’ve already played through, becoming a must-have for repeat play throughs.

The Persistence sells its self as a stealth horror game but this is only true for the first couple of hours. Before your character is sufficiently upgraded each encounter is a cautious affair, but once invested in a few upgrades and character abilities then the stealth horror aspects diminishes. 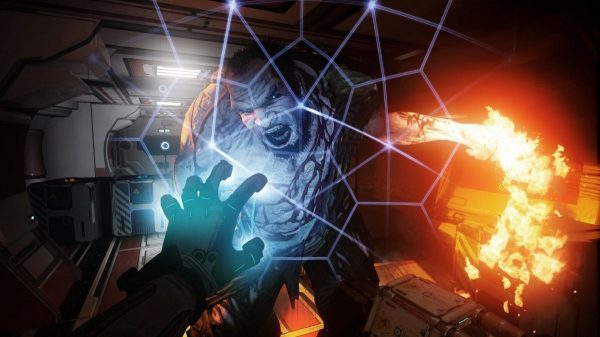 Combat is pretty straight forward. You have basic attacks which depend on what weapon is equipped and you also have a supply of Dark Matter. Dark Matter is used to fuel your special powers which are made up of a super sense ability and a short range teleporter. Dark Matter can be upgraded and can be done so by using stem cells. Our primary weapon is aptly named the “Harvester” and is our way of harvesting stem cells. By sneaking up behind an enemy you can attack them with the Harvester. The Harvester then attaches to the back of their necks and sucks out their stem cells with a grim, drill-like churn. There are a great selection of weapons available and each feels exciting to use. One of my favorites to use was the Ivy Serum which injects a mind-altering drug into your target that instantly converts even the most fearsome of foes into a loyal ally who’ll protect you with their lives.

Once you’ve gotten used to the game’s mechanics and learned how to use your Super Sense to spot hidden threats, you’ll soon feel brave enough to come out of the shadows. There’s nothing to stop you going the stealth route but a huge part of the fun lies in discovering and experimenting with the arsenal of weapons available.

The Persistence isn’t the prettiest game to look at – some of its textures are basic and the enemies can start to feel rather samey. In contrast to this however, the audio is superb and helps make the game world feel real and authentic. Occasionally loose panels will spark and the howls and wails of distant enemies do a great job of stopping you dead in your tracks. 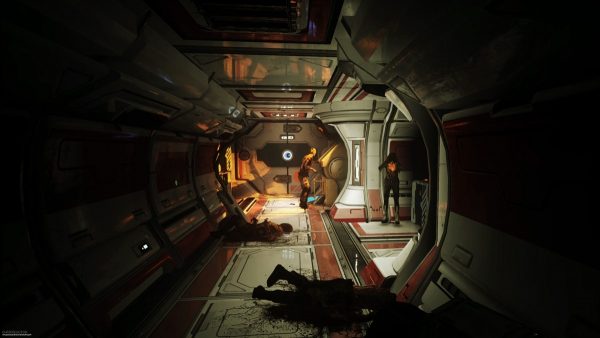 Despite the game’s strong start, once you reach Deck 4 the tone seems to shift. The rooms are emptier and there is a pattern of forced encounters. This all leads to a climax that is both uneventful and short. To me it felt like FireSprite had ran out of steam and trusted players to be scared off long before this point.

The Persistence is a great purchase for horror fans. You can see that a great deal of care and attention has gone into crafting the world. The deep Roguelike elements mean that each play through is different and each mistake can prove to be costly. It took me roughly 11 hours to finish my first play through and I left many of dead clone in my wake. You will die and you will die a lot but, the procedurally generated levels means that the frustration of multiple deaths doesn’t really seep in. Whilst you can skip straight to the objective, The Persistence is a game of persistence and with a little bit of it you can go a long way. 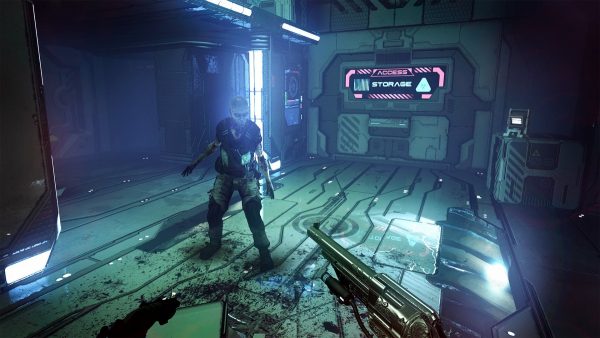