Konami and indie developer Uzuka have announced the release of their 2D action platformer Skelattack on Xbox One, PlayStation 4, Nintendo Switch and PC via Steam.  In this fun platformer players will need to set out to stop the human threat and save their home of the Underworld.  A new launch trailer has been released and can be seen below…. 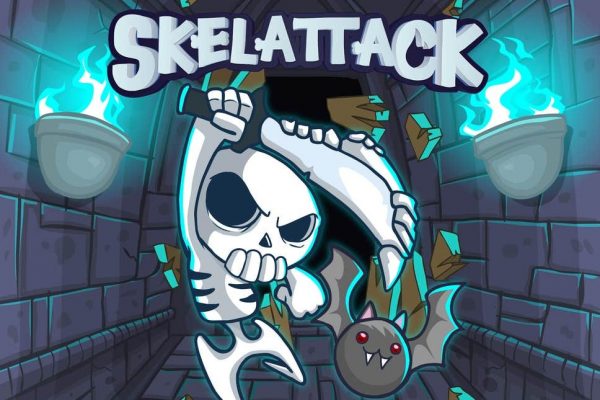 In Skelattack players take the role of Skully, a newly deceased member of the Underworld and resident of the little town of Aftervale, who suddenly finds his peaceful afterlife threatened by the arrival of plundering humans.  The humans, in their pursuit of the magic that kindles the spirits of the dead known as the Blue Flame, kidnap Aftervale’s elder skeleton Elzedon and it is up to Skully to set out, rescue his friend and save his new home.

Accompanying Skully on his adventure is his bat friend Imber and players will be able to control both characters as they jump, slash and flap their way through the Underworld.

“Developing Skelattack has been a labour of love for our team at Ukuza, and we are not only thrilled to formally introduce it to the world, but also allow players to experience this unique, platforming adventure right now,” said Shane deLumeau, CEO and Founder, Ukuza. “Konami has been an ideal partner in this process as we have been inspired by classic legacy titles such as Castlevania, Contra, and Goemon in our development. We are fortunate to work with such a seasoned team to finally bring Skelattack to life.”

Skelattack is available now on PC and consoles.