Hot Toys has released promotional images for the 1:6 scale Movie Masterpiece Series Loki collectible figure which is based on the likeness of Tom Hiddleston as the villainous God of Mischief in the Marvel superhero epic Avengers: Endgame; check it out here… 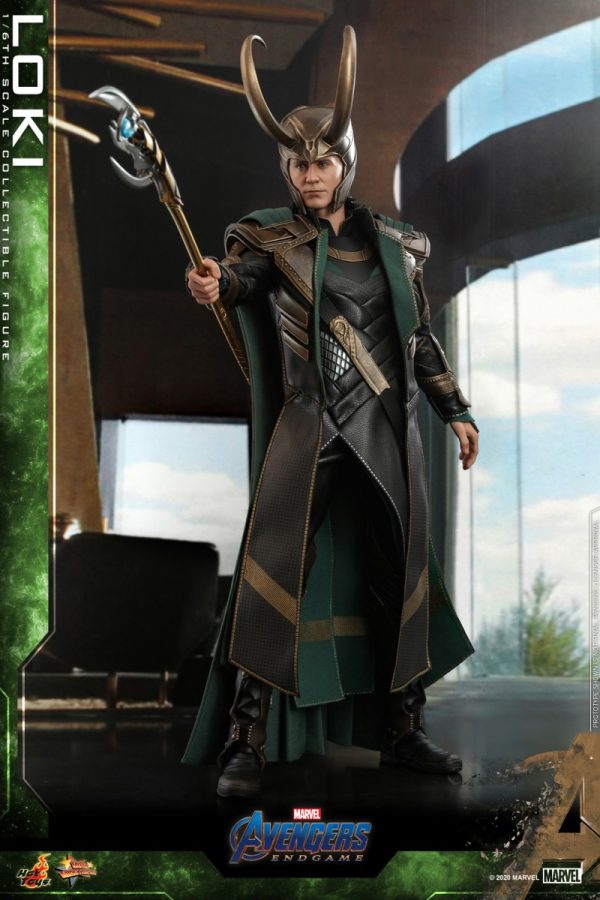 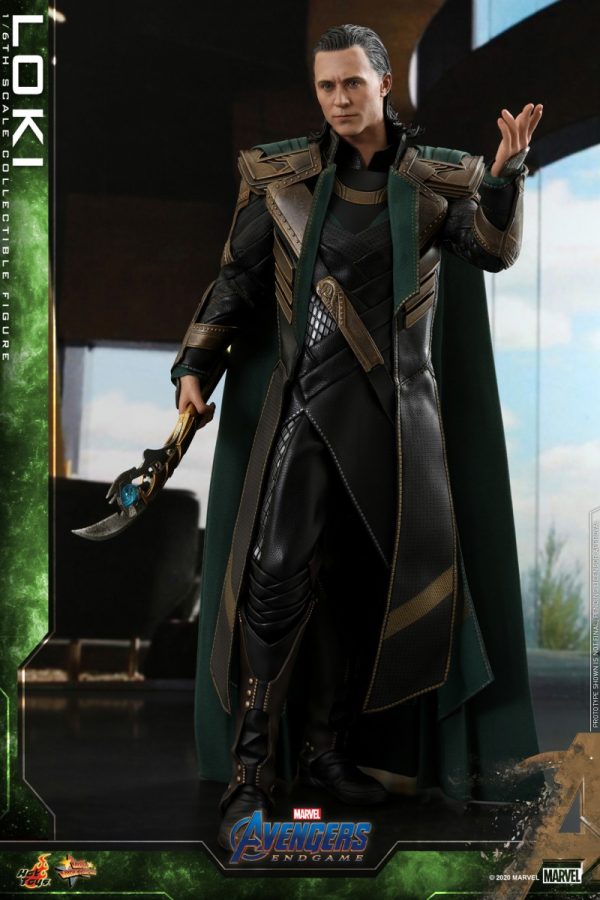 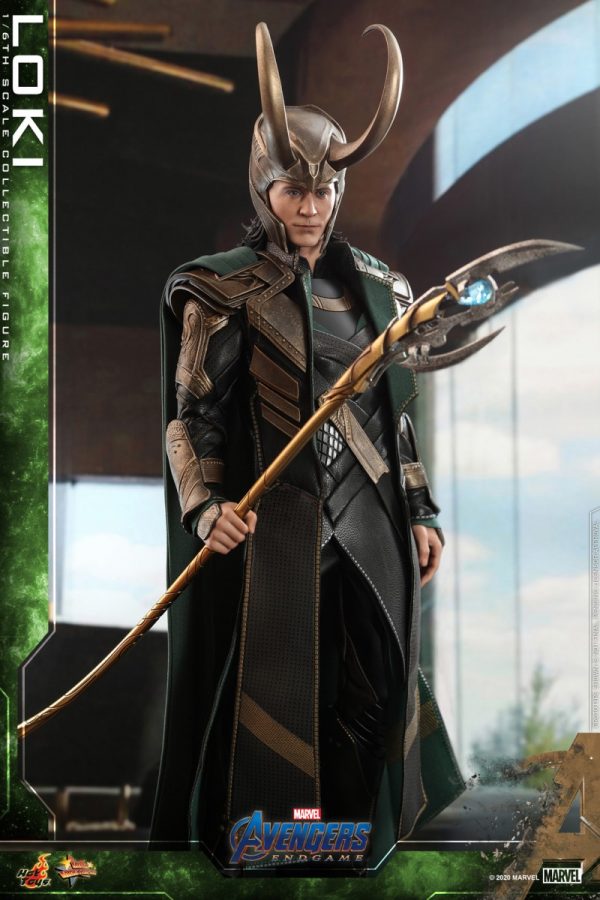 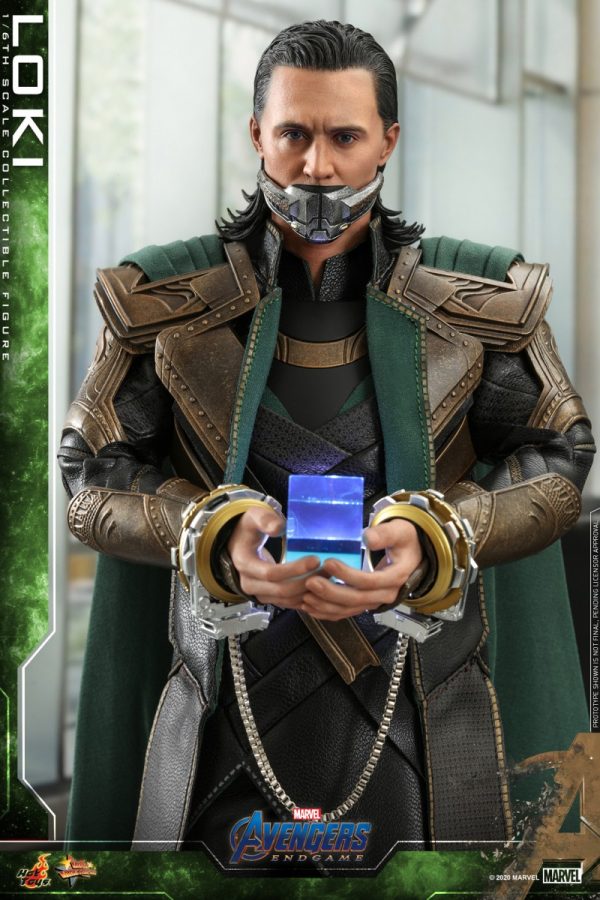 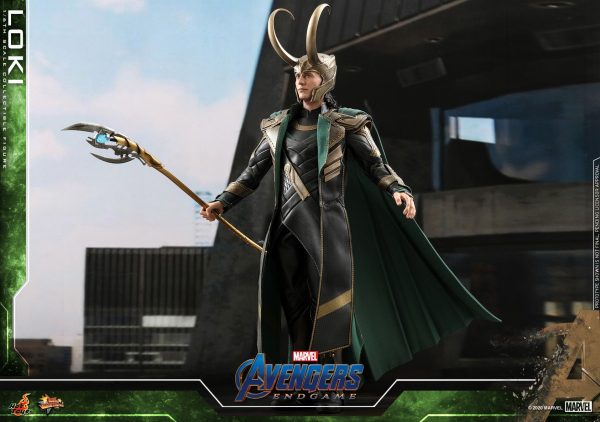 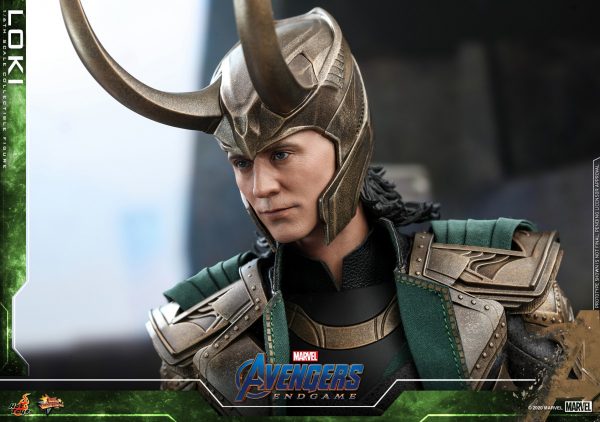 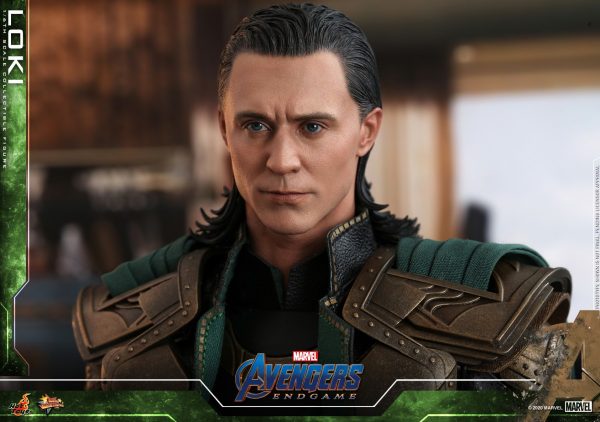 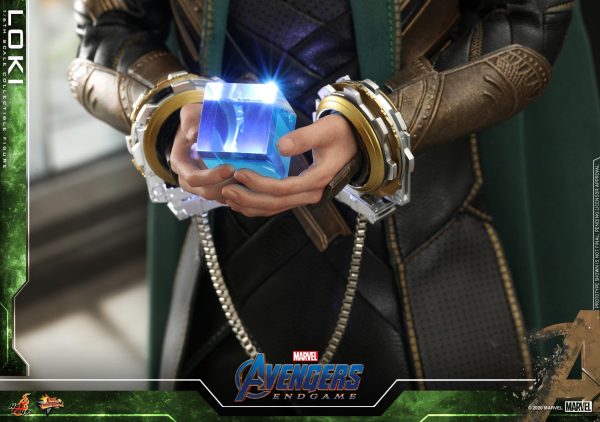 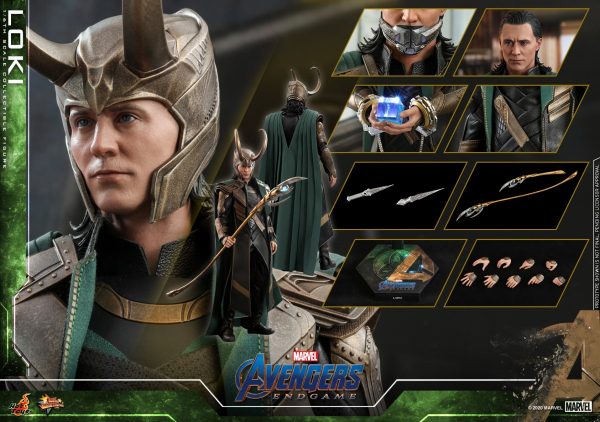 Given with the surprising screen appearance in Avengers: Endgame, Marvel fans are meeting the popular, villainous God of Mischief once more! Despite his death in the opening moments of Avengers: Infinity War, Loki reappeared as part of the Avenger team’s time heist. Our beloved World’s Mightiest Heroes time travel back through their own pasts to intercept the Infinity Stones, but in a skirmish, they lose the Space Stone to the spiteful trickster who picks it up, and warps right out of sight!

Adding onto the massive Marvel collection, Hot Toys is very excited to present to our fans today the movie-accurate 1/6th scale Loki collectible figure inspired by the epic Avengers: Endgame.

Marvelously crafted based on the image of Tom Hiddleston as Loki in the movie, the figure features a head sculpt with significant likeness, finely tailored costume with screen authenticity, highly-detailed weapons and accessories including a long scepter, a short scepter, a pair of daggers, a Tesseract, Loki’s gold helmet, a muzzle, a pair of handcuffs and a movie-themed figure stand.

Take a chance and bring this Loki figure to your grand Avengers: Endgame collection!