To celebrate the release of AFTER MIDNIGHT – available on limited edition Blu-ray 8th June from Arrow Video – we have a copy up for grabs! 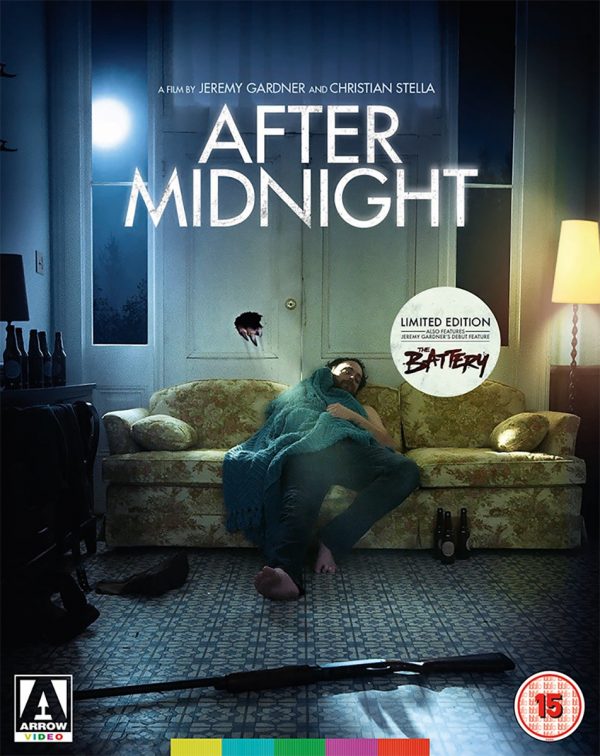 Prepare to be overwhelmed by a mind-bending horror with heart-wrenching emotional clout, from the film-makers behind cult genre hits The Battery and Tex Montana Will Survive!

Ten years into his small-town romance with Abby, bartender Hank wakes up alone in an empty home with nothing but a cryptic parting note for company. As Hank drinks himself into heartbreak and depression, Abby’s sudden departure soon becomes the least of his concerns as a mysterious monster starts clawing at his door on a nightly basis.

Expertly directed by Jeremy Gardner (who also takes the lead role) and Christian Stella, and co-produced by the team behind Spring and The Endless, After Midnight is a slow-burning, genre-bending gem about breaking up, moving on and facing your monsters-both real and imaginary.

Emotionally involving and unexpectedly moving, thanks to wonderfully understated performances from Gardener and Brea Grant, and beautifully filmed, with a haunting and affecting musical score, After Midnight really is something else – a film with heart and soul, a good few laughs, not to mention knockout scares.

The competition closes at midnight on Sunday, June 21st. UK readers only please. To enter, use one of the following methods…