Eureka Entertainment releases MR. VAMPIRE, Ricky Lau’s influential and genre bending horror-comedy, presented from a brand new 2K restoration making its worldwide debut on Blu-ray as part of the Eureka Classics range from July 20th, and we’ve got three copies to give away! 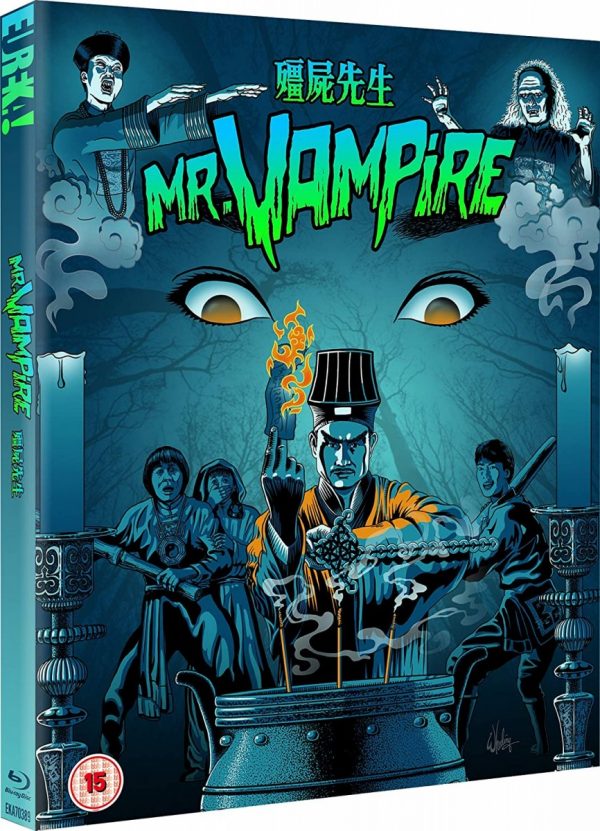 One of the most genre-defining (not to mention genre-defying!) horror-comedies imaginable, and one of the key Hong Kong blockbuster hits of the 1980s, the popularity and influence of Mr. Vampire cannot be overstated. Spawning at least four sequels and countless spin-offs and imitations, this Hong Kong horror-comedy to end them all was an understandable crowd-pleasing sensation, and triggered a wave of jiangshi (“hopping vampire”) movies. Produced by the legendary Sammo Hung, the original Mr. Vampire is essential viewing for anyone interested in the 80s golden age of Hong Kong cinema.

In a career-making performance, the late Lam Ching-ying is Master Kau, expert on all matters of the supernatural. When Kau and his two bumbling students, Man Choi (famous comedian Ricky Hui) and Chou (Fist of Legend’s Chin Siu-ho), exhume a corpse for reburial, things go frighteningly and hilariously awry when the cadaver is revealed to be a hopping vampire. With the undead on the loose, Master Kau is blamed for the chaos, and must work with his students to put the spirits to rest before the vampire’s own granddaughter (80s Hong Kong action icon Moon Lee) gets bitten. Fighting the vampires with everything from sticky rice to filing down the bloodsucker’s fangs, the trio must defeat an increasing number of ghoulish dangers. 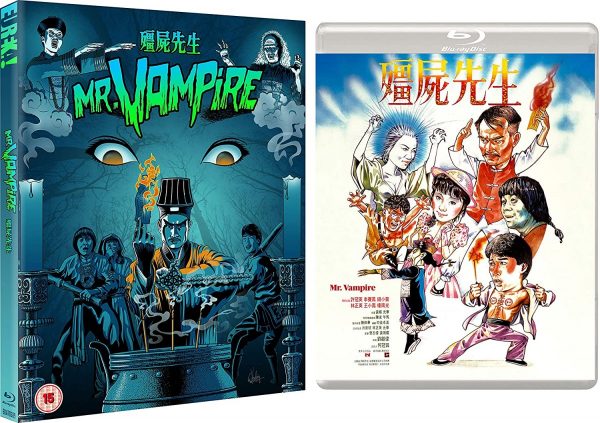 Director Ricky Lau would go on to make several more Mr. Vampire successors (as well as the related Sammo Hung sequel Encounters of the Spooky Kind II, with Lam Ching-ying as another vampire-battling master), but nothing tops the original for its classic fusion of screams and laughs, and it has never looked as eye-poppingly, vampire-hoppingly beautiful as this new Blu-ray special edition.

The competition closes at midnight on Sunday, August 2nd. UK readers only please. To enter, use one or more of the following methods…