To celebrate the DVD release of Backlash 2020 (available to buy from 27th July 2020) – we are giving away a DVD for one lucky winner. 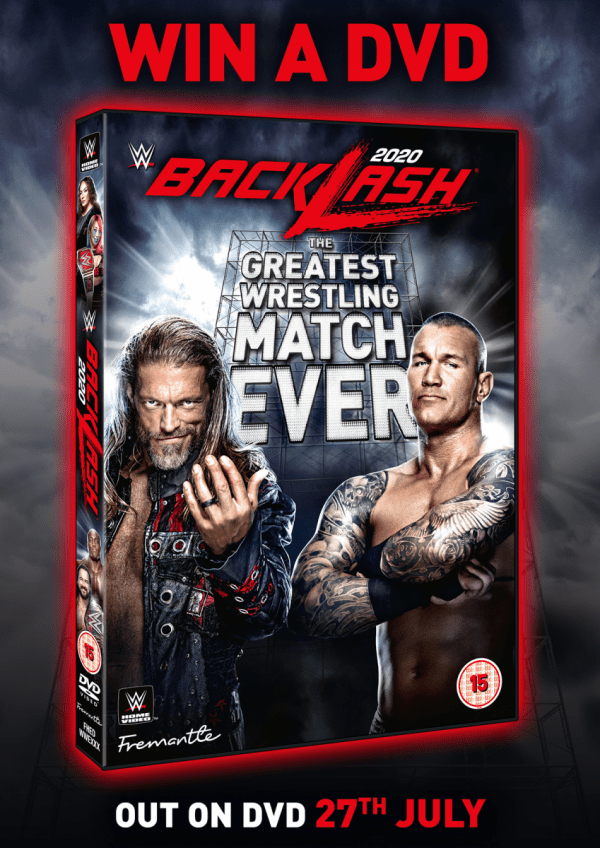 It’s WWE Backlash, an event with more than 20 years of history that continues to deliver top Superstar action. And not just any action, but “The Greatest Wrestling Match Ever” as friends-turned-enemies Edge and Randy Orton set out to prove which of them is the superior professional wrestler – in fact, the greatest wrestler of all time! Also, WWE Champion Drew McIntyre puts his title on the line against Bobby Lashley, Raw Women’s Champion Asuka tries to topple Nia Jax, and Jeff Hardy seeks revenge against Sheamus! Plus, even more matches!

The competition closes at midnight on Sunday, July 26th. UK readers only please. To enter, use one of the following methods…