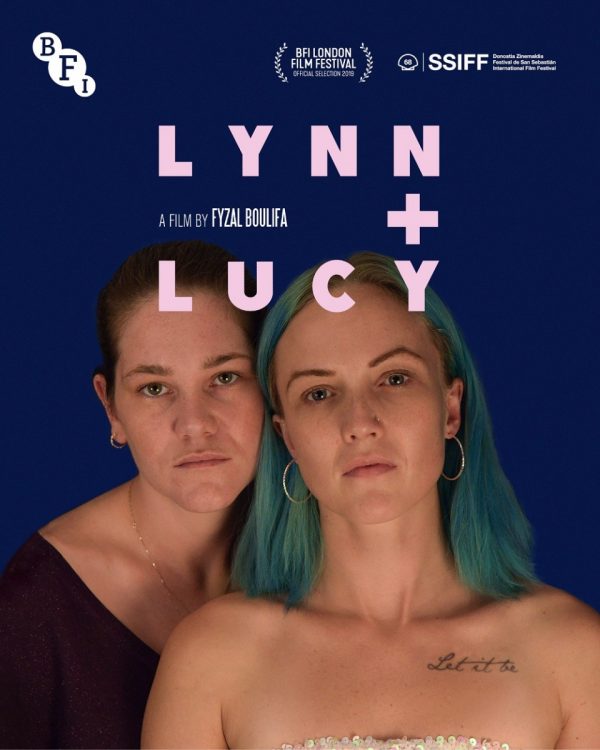 A tragic event on an Essex housing estate irrevocably alters the relationship between two young mothers, who have been best friends since school. 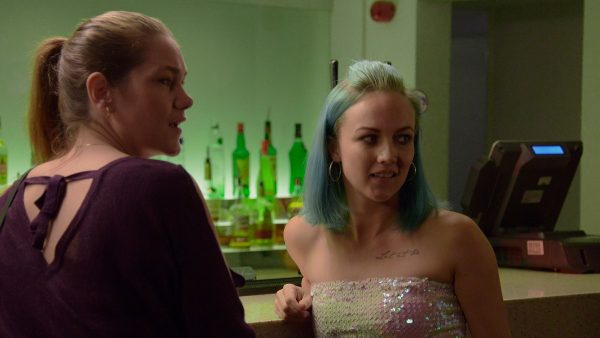 Some films boast of being real while actually feeling mannered and constructed. The new British drama Lynn & Lucy, however, opens with a character playing Fruit Ninja in church and ends with a woman watching Dancing On Ice as she does the ironing. It doesn’t get more real than that. The movie in between those scenes is a tough, uncompromising tale that unpicks some compelling themes about the struggles of parenthood, the difficulty of changing friendship dynamics and the all-consuming power of gossip – particularly in the age of social media.

The titular women are childhood buddies, who have been joined at the hip since they met in the early days of secondary school. Lynn (Roxanne Scrimshaw) fell pregnant as a teenager and subsequently embraced marriage and motherhood wholeheartedly, while Lucy (Nichola Burley) remained more of a party girl, but has just given birth to a baby boy with younger boyfriend Clark (Samson Cox-Vinell). A tragic event forces the two women to reassess their relationship, with whispered anecdotes and shouted insults – including one painted in crimson on a white front porch – forcing the women to walk a difficult social tightrope.

Lynn + Lucy is a film that’s not so much about arrested development, but about the ways in which social environments can suffocate people and squeeze them into ill-fitting boxes. First-time feature director Fyzal Boulifa traps his characters within an Essex housing estate – all washed-out hues and overcast bleakness courtesy of cinematographer Taina Galis – and the confines of a boxy, near-square aspect ratio. The mostly static camera deals frequently in intense, claustrophobic close-ups, but also often pushes characters to the edge of the frame, as if they’re trying to escape the social, economic and personal restraints on their lives. 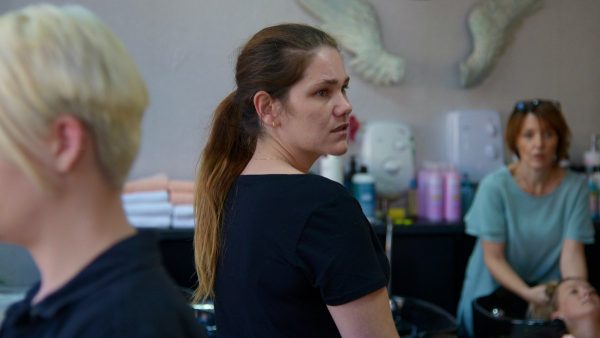 The two central performances are believable and naturalistic, with echoes of Ken Loach very much apparent in Boulifa’s kitchen sink approach. Scrimshaw is a complete newcomer, street-cast and largely acting in a freewheeling style without the aid of a script, while Burley is a professional actor, but one who was notably street-cast for her own debut in 2005 drama Love + Hate. They’re instantly believable as friends, with their easygoing chemistry doing more than enough to establish their bond without the need for pages and pages of exposition or flashback scenes. While they’re evidently close, it’s also clear that there’s some tension born of their wildly differing life paths.

Boulifa’s script is a triumph of understatement, allowing the horrors of the narrative to play out mostly off-screen. The characters are filling in the gaps according to their own prejudices – and the majority rule of the local gossip-mongers – and the audience is invited to do the same, despite our access to those most intimately involved. In the increasingly closed-in world of this small community, what the majority thinks is more important than the truth, with emotive issues driving people to extreme, unforgiving viewpoints with no regard for nuance. It doesn’t take much extrapolation to see how that applies to just about every facet of living in the UK over the last five years or so.

The movie is littered with strong, memorable details, from the dehumanising way in which Lynn is spoken to when she applies for a job that is “usually filled by a school leaver”, rather than a woman edging towards her thirties to an odd encounter with a lecherous former classmate in a nightclub. Kacey Ainsworth – best known as EastEnders favourite Little Mo – is wonderful as an ostensibly friendly co-worker whose opinions on social media are louder than her relatively quiet appearance and Jennifer Lee Moon excels as a former schoolyard frenemy who is now a manicured princess armed with a facade of barely concealed contempt. 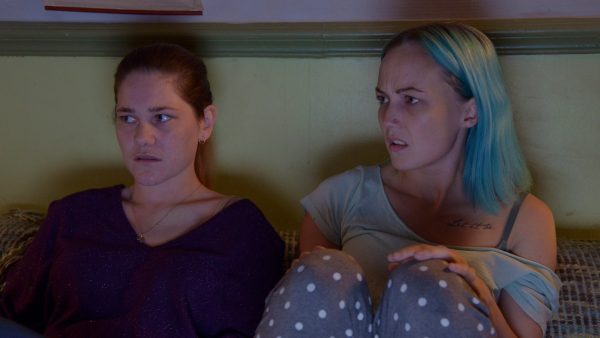 Lynn + Lucy, though, is at its strongest in the naturalistic way in which it depicts the permanently shifting dynamic between its protagonists. Most notably, a mostly wordless third act scene in a hair salon serves as a powerful, if heavy-handed, metaphor for a friendship in flux. This is a very promising debut indeed, with Boulifa joining the ranks of those chronicling the modern working class existence with nuance and sensitivity. Along with Loach, the work of Lynne Ramsay is a clear touchstone and Sacha Polak’s Dirty God feels like a similarly complex take on being a 20-something woman in the Britain of today. 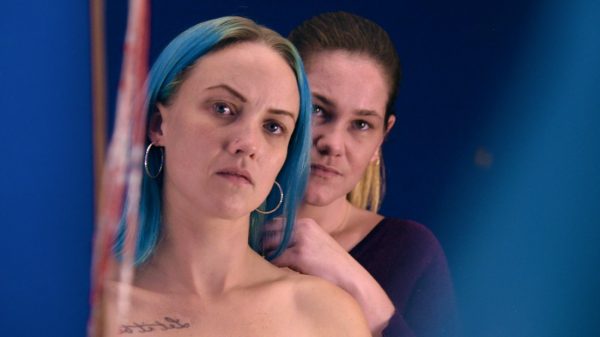