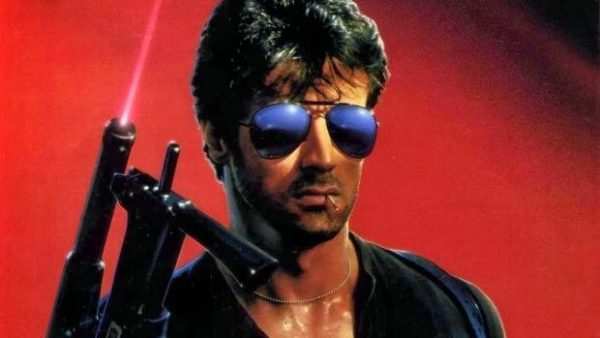 Riding high from a year of box office domination having released career high grosses with Rocky IV and Rambo: First Blood Part II, Sylvester Stallone had the world at his feet. He could have picked anything he wanted to follow up. He would have a brief two year rendezvous with Cannon Films at the height of their ambition. The creative partnership didn’t go quite as planned. Cobra came first, and Over The Top second, the latter proving to be a disaster for not just Stallone’s credibility, but was one nail in a coffin that would soon close tightly on Cannon Films. By this point in his career, Stallone had a huge amount of creative control on what he was doing, but working with Cannon, he was afforded even more so, whilst also being paid handsomely. Cannon paid big for their stars, even if they paid significantly less on the actual on screen action. Star power was everything, and Cannon attracted a number of high profile super stars to their films. Stallone might have been the prize catch, given his career was in full flow (whilst Charles Bronson for example, was a little on the wane prior to Cannon making him an action poster boy for their canon).

Cobra, in early life was Stallone’s take on Beverly Hills Cop, having been first offered the role prior to Eddie Murphy being made an icon from it. Stallone didn’t click with the script as written, taking it more into something closer to what we saw in Cobra, and away from what came of the Murphy version. As it was Sly parted ways with Hills Cop, and rejigged his ideas into the script that became Cobra. In Stallone’s mind he pondered, ‘What if Springsteen had a gun…’ then amalgamated several tropes that made Dirty Harry an iconic. Thus Cobra was born. An ode to Eastwood and to John Wayne (hence the character being named Marion Cobretti, as Wayne’s real name was Marion). George P Cosmatos had just worked with Stallone on Rambo 2 and was brought into direct. Stallone also had his girlfriend (and soon to be wife) Brigitte Nielsen cast opposite him. He also cast two Dirty Harry stars, Andrew Robinson and Reni Santoni. 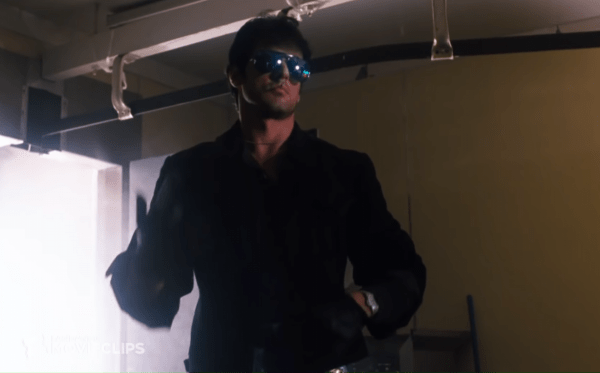 The result? Critical savaging and box office disappointment. Though in theory, Cobra did pretty well, it was still deemed a disappointment in comparison to Stallone’s two mega hits the previous year. Critics were quick to dig the boot in on Stallone’s ego project, yet another trash film from Cannon and they went in without much refrain on the acting merits of Brigitte Nielsen. Deemed there purely by association and legs, over talent.  The film received a host of Razzie nominations, which in that era became par for the course for Stallone, whilst Nielsen had a perfect three for three record of Razzie recognition for her first films (beginning with Red Sonja and Rocky IV). For a few years it was something of a forgotten blot on Stallone’s CV, though did very well on video. As years have gone by though, there’s been an increased appreciation for Cobra, in part for its blistering and lithe simplicity.

Cobra like many genre films of its ilk, was kind of treated with derision. Nowadays rollicking action films devoid of much plot can receive praise in an era of criticism that whilst perhaps far more simplified, has a wider appeal and openness for geek mentality.  Indeed, the action specialists like Stallone et al, were rarely given much respect critically, but the modern action film rarely hits the notes of an era where tough characters were played by tough guys, and stunts and on screen carnage were captured entirely in camera. So has Cobra aged well? 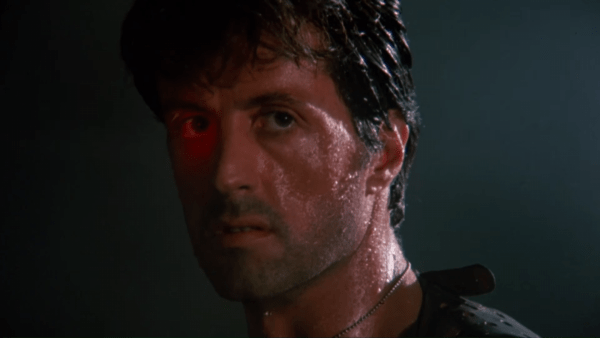 As an action film, coming from the high body count run and gun era, Cobra has a lot going for it. Stallone’s Dirty Harry routine is less about finding a tortured hidden depth, and more about playing someone almost ironically tough. There’s good, and then there’s Cobretti good. There has been some debate over just how much of the vision is Stallone’s (or more succinctly, how little is Cosmatos’) but one key strength of the film is the visuals. It’s a great looking film, that certainly benefits from high definition. In visual terms HD has been able to breath life, or give newfound subtleties, to films that would perhaps have not been noticeable back on the big screen, and certainly not on VHS. Cobra looks great. Cosmatos had come from a horror film before his double header from Stallone. Part of what I find engaging in Cobra (particularly having re-watched it for the first time in a decade or so) are some nice horror styled aesthetics in the film. Lots of shadow, some nice vivid colours, and sequences shot in a horror style that feel like something Cosmatos would have brought to the table. The villainous serial killing biker gang, headed up by Brian Thompson are seen almost exclusively in dark shadow, steam, mist etc. A hospital scene with Thompson hunting down Nielsen is straight out of The Shining. The finale a gruesome fight to the death in a factory with molten steel, steam, chains and fire is also a great horror-esque setting. It just marks it as different to rival high body count films of the era such as Rambo 2, Commando, Missing in Action and the rest. Though it’s rooted predominantly in action, these horror touches give it a nice genre blend which has become more popular in time. Likewise the synth score and soundtrack hit modern nostalgia notes very nicely and are definitely ‘back in.’ 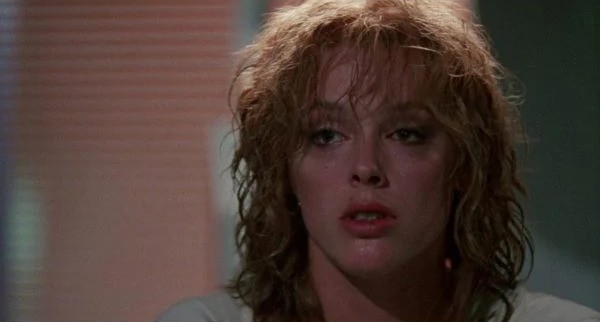 One person I feel particularly sorry for though, is Nielsen. The level of dismissive scorn toward her was over the top, and more a consequence of her association with Stallone. Whilst she may not be Meryl Streep by any stretch of the imagination, these films rarely had three dimensional roles for women. The female co-star wasn’t always given much to work with throughout 80’s action. For what she gets, Nielsen actually does well and cuts a charismatic figure, more comfortable in her skin as an actress compared with an awkward debut with Red Sonja for example. In fact she’s probably the most engaging part of the film and certainly in her role as ‘final girl’ targeted by the murderous gang, she conveys the terror well. In something of a turnaround, and not without some irony, she next appeared in Beverly Hills Cop 2 and she’s a great villain in that.

Interestingly, Cobra had a rumoured two hour cut. In current form it clocks in at under 90 minutes and there’s no hanging around for much depth with characters. It’s just pure, balls out action and barely lets up. That being said, it’s a solid action movie, but some more rounding of characters and more measuring in its pace could have lifted Cobra into a high placing among action aficionados. The action is great, the visuals are great. Cobretti as a stoic, one liner spouting badass is an epitome of 80’s macho hero, it just needed more story and a little more fleshing out of the villains too. Stallone, as he is wont to do, has often spoken about bringing back characters. We’ve had talk of everything from Demolition Man 2, to more Tango and Cash and likewise he’s spoken previously about bringing Marion Cobretti back. It’s unlikely of course, but there’s also a selection of Stallone fans and Cannon lovers who have plenty of affection for Cobra and its central character. A directors cut, should it ever appear (beyond dodgy work prints) would be very interesting to see. 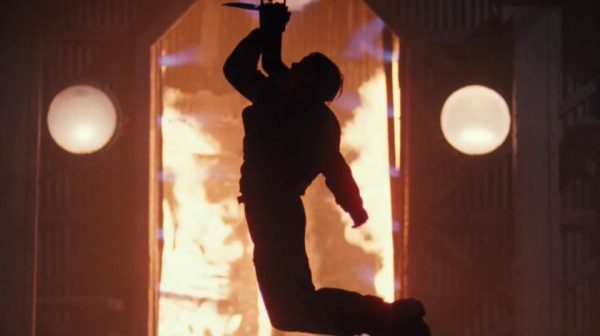