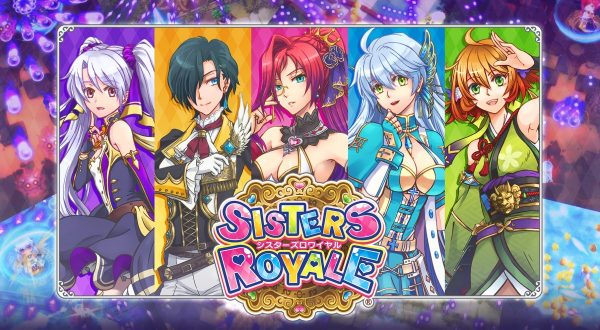 I had not previously heard of Sisters Royale: Five Sisters Under Fire before I requested to write this review. As a fan of the ‘shmup’ genre I already had a vague idea what the game would involve. Judging by its anime inspired dashboard icon and name I was a little optimistic that Five Sisters could be my next Deathsmiles or DoDonPatchi Revolution – two anime-based shmups that I spent far too much time playing way back on the Xbox 360.

So what is Sisters Royale: Five Sisters Under Fire?

Sisters Royale is the tale of five sisters who are all vying for the attention of a charming bachelor called Yashin. You choose from one of the five playable sisters and you have to battle your way through the family to essentially be the last sister standing… much like a Battle Royale…

As mentioned before you play as one of the five sisters: Sonay, Selma, Ece, Nur, and Lal . Each of the sisters behave differently and all have their own variations of attack and special abilities. A couple of the sisters are better to use than the others and this is down to their unique attacks. This isn’t to say that the other three aren’t viable but the ‘easy route’ would be to pick Selma or Sonay. 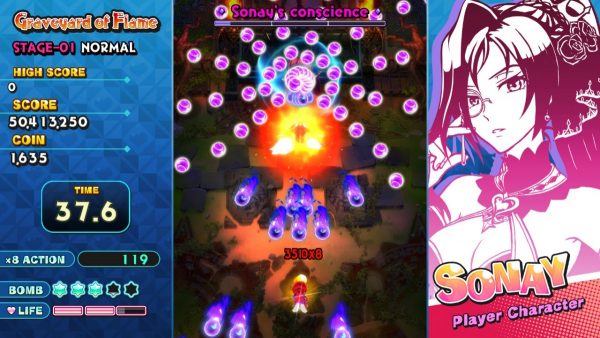 Level design is pretty basic, and each level is filled with various environmental hazards such as; ice, wind and darkness. These hazards try to tie in with the fact that the protagonist is ‘boots on the ground’ but none of them feel particularly hazardous and seem to be more of an after thought in the games design. Enemy placement is pretty standard and the bullet functions work well and don’t overcrowded the screen too much.

The game is surprisingly short with only five levels available. Gamers looking for more longevity can attempt the game at a higher difficulty setting and there is always those precious high scores to contend with. That’s if you want to sit through the same poorly conceived levels time and time again.

Overall presentation feels a little outdated, with character design specifically looking like a PlayStation 2 era game running through a HD render. Whilst this may well be intentional to fit into the games cartoon-y theme, it sadly doesn’t push the Xbox One (or especially the Xbox One X) to its limits. 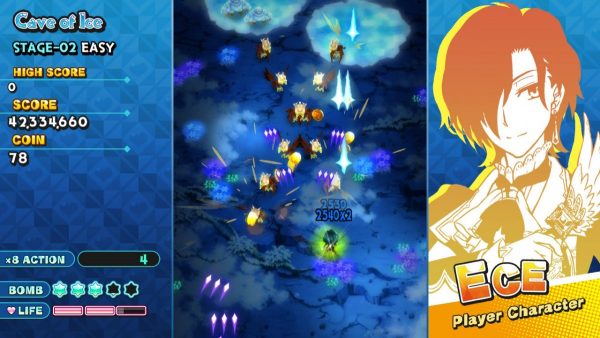 Music wise the game suffers from the same blandness as the rest. Whist the main menu music is quite upbeat and cheery, the rest of the soundtrack looses its ‘umpf’ and tempo. There isn’t no Techno style synth or speaker exploding Dubstep – just generic blandness.

Its not all bad though. Once the shooting kicks in and your running from one side to the next, it’s entertaining. The bullet patterns are fun to dodge through and being close to the danger increases your potential score. Whilst the game does try to throw a lot at you its is very simple to read and predict enemy patterns. During my playthroughs I never once felt bogged down or frustrated by any of the bosses or levels.

In wrapping things up, Sisters Royale is not necessarily a bad game, its just not a good one either. Whilst it’s not going to re-write the shmup rulebook, it does try to bring new ideas to the table. It tries to be a fun experience and in large parts it is, but when it comes down to the basic fundamentals of the genre it is where it’s let down. You won’t regret buying Sisters Royale, it just won’t be a game you hurry to go back to.