To Celebrate the DVD release of WWE Best Main Events of the Decade – we are giving away a copy to one lucky winner. 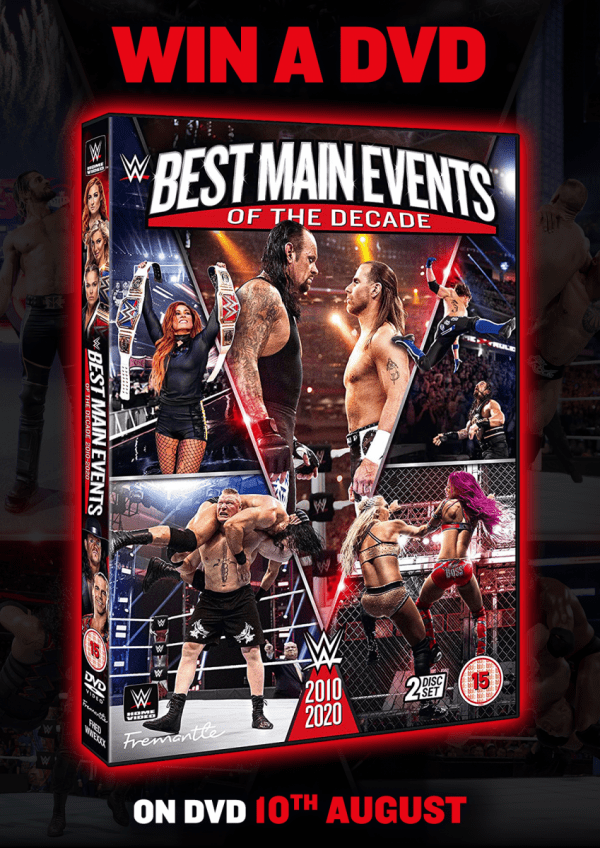 A 2-disc set collecting the best main event matches from an incredible decade in WWE! With action from WWE’s most spectacular events, including WrestleMania and SummerSlam, featuring some of the greatest Superstars of all time – The Rock, John Cena, The Undertaker, Shawn Michaels, Brock Lesnar, Becky Lynch, Ronda Rousey, Triple H, CM Punk, Roman Reigns and many more!

WWE: Best Main Events of the Decade is available to buy on DVD from 10th August 2020.

The competition closes at midnight on Sunday, August 23rd. UK readers only please. To enter, use one of the following methods…