Meridiem Games and developer Quantic Dream have joined forces to release a physical boxed edition of Fahrenheit: 15th Anniversary Edition for PlayStation 4.  First released in 2005, Fahrenheit will see players uncover the secret of a supernatural force that inhabits the city.  Playstation gamers can expect to get their hands on Fahrenheit in late November. 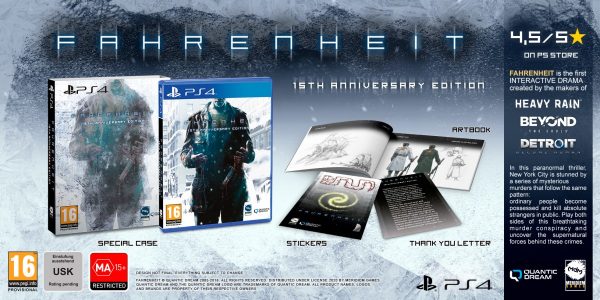 Fahrenheit: 15th Anniversary Edition will be presented in a specially created case with a well drawn sleeve.  Inside will be a sticker set, a high quality artbook (which I always enjoy) and an extra special letter from the Quantic Dream team behind the original game.

Fahrenheit is a story driven interactive game that follows the story of Lucas Kane.  When a series of brutal slayings strikes the city of New York the police are baffled, all the murders follow the same pattern but all those responsible are ordinary people.  After fleeing the scene of one such murder with no recollection of what he has done, Lucas Kane is pursued by police detectives Carla Valenti and Tyler Miles.  The only answer to these mysterious and horrifying murders is that people are being possessed by a supernatural force and Lucas Kane is determined to find answers. 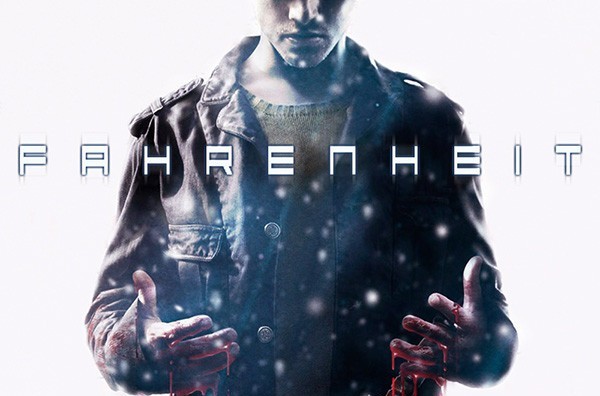 Look out for Fahrenheit: 15th Anniversary Edition arriving in retail stores in late November for £24.99 / €29.99, pre-order it now.