Developer Potata Company has announced they will be releasing a free-to-play Prologue for their upcoming point’n’click adventure horror, Almost My Floor on 5th October.  The full game is scheduled to release next February and will follow Alex, a fan of creepy tat and horror films, as he comes face to face with the real deal. 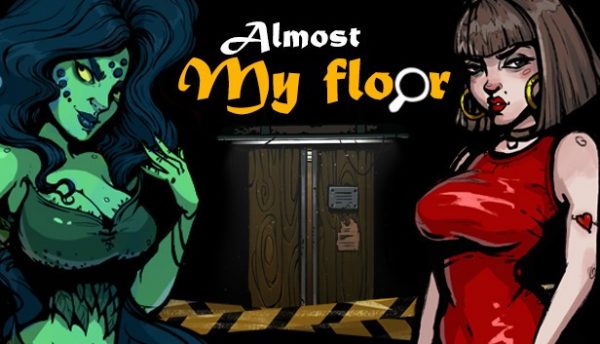 When horror fan, Alex, comes home from work he takes the lift to get back to his apartment but instead it stops him at a nonexistent floor.  Nothing is familiar and everything is a terrible merging between reality and the fiction he normally enjoys.  Alex has just one task, to return home, though that is easier said than done thanks to the maze of floors and stairways that he must navigate.  To escape this nightmarish adventure, Alex will need to face the monsters hidden in his subconscious and meet the other residents of this strange realm and help determine their fate.

The full game will feature:

Look out for the free prologue coming out to Steam next month and add Almost My Floor to your Wishlist.