To Celebrate the DVD release of WWE The Attitude Era: The Complete Collection – we are giving away a copy to one lucky winner. 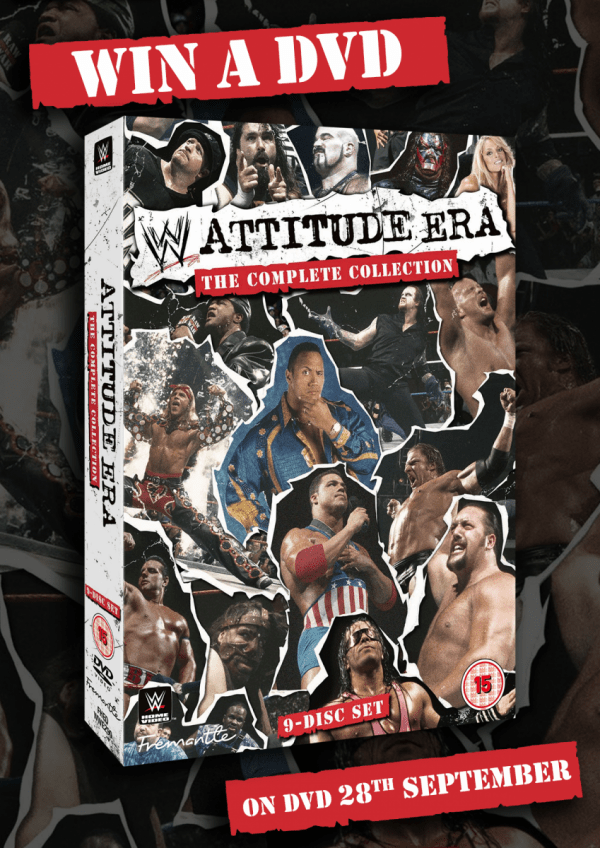 SummerSlam – August 27, 2000
TLC Match for the World Tag Team Championship
Edge & Christian vs. The Hardy Boyz vs. The Dudley Boyz

Armageddon – December 10, 2000
Hell in a Cell Match for the WWE Championship Match
Stone Cold Steve Austin vs. The Rock vs. Triple H vs. The Undertaker vs. Kurt Angle vs. Rikishi

Plus much, much more!

WWE The Attitude Era: The Complete Collection is available to buy on DVD from 21st September 2020.

The competition closes at midnight on Sunday, October 4th. UK readers only please. To enter, use one of the following methods…