Private Division and Obsidian Entertainment have announced the release of the Peril on Gorgon for their humorous Sci-fi adventure The Outer Worlds.  This is the first of two highly anticipated story expansions and will send players on an adventure to investigate what has happened to the mysterious Gorgon Project. See more of the expansion in the trailer below… 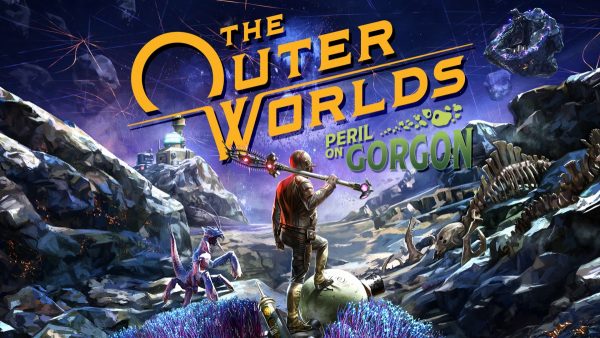 The Peril on Gorgon expansion will start by inviting players to investigate the Gorgon Asteroid via a cryptic message.  This asteroid was the home to a remote scientific facility that developed the ground-breaking Adrena-Time.  Since then the base has been abandoned and shut down, once brightly lit laboratories now lay in darkness and busy research facilities lie silently waiting for someone to once again visit.  Players will need to venture through this research complex and discover the secrets that it holds.

As well as a new storyline and location, the expansion will also raise the level cap allowing for more flexibility in skill customisation , there’s three new science weapons to find and use and a variety of new armour sets to equip.

“We wanted to dig into pulp noir to explore the seedier side of Halcyon’s corporations,” said Carrie Patel, Game Director at Obsidian Entertainment. “With Peril on Gorgon, players (and their favorite crew members!) can explore an exciting new location filled with intrigue and threats, and they can uncover dangerous secrets about Spacer’s Choice.”

Peril on Gorgon is available now for The Outer Worlds individually for £11.99 or in a bundle for £19.99 for the Expansion Pass which will also include the game’s second expansion, Murder on Eridanos.