Ubisoft brought us another one of their Forward events this week, in which the publisher showcased its up and coming titles, as well as updates to some of its existing catalogue. 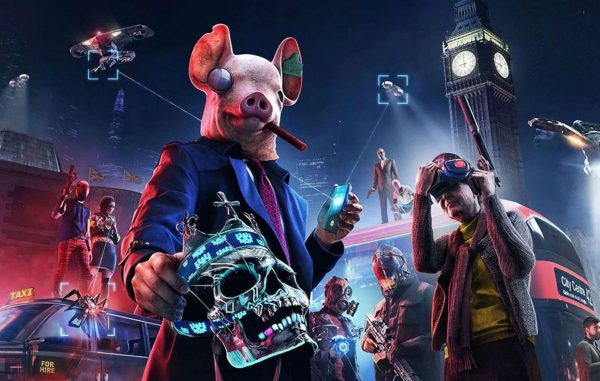 There were a lot of talking points in coming out of the Forward event, and Ubisoft showed us quite a range of titles that the developer is working on. From updates to Rainbow Six Seige, The Division 2 and Ghost Recon Breakpoint, to the re-release of the now hotly anticipated Scott Pilgrim Vs. The World: The Game Complete Edition. The publisher seems to be heading towards quite a busy 2021.

We first of all got a new look at Immortals Fenyx Rising which was formally known as God’s & Monsters. In the game we play as Fenyx, a winged hero on a quest to free the gods of Olympus from a curse. As Fenyx we are able to wield godly powers and ancient weapons to battle towering mythological creatures across a fantastical land called the Golden Isle. Immortals Fenyx Rising launches on December 3rd on Xbox One and Xbox Series X/S

Prince of Persia: The Sands of Time Remake

Coming as a suprise we learned that Ubisoft Pune and Ubisoft Mumbai are co-developing a full-scale remake of 2003’s Prince of Persia: The Sands of Time. Featuring all the time-traveling, wall-jumping and trap-dodging that made the original a success this remake will come to consoles January 21st 2021.

British musician Stormzy debuted the video for his new track “Rainfall” which has been made using the Watch Dogs: Legion engine. Stormzy will also appear in-game as part of the “Fall On My Enemies” mission in which players will have to help him secure a broadcast of his track in Central London.

To celebrate over 25 million players battling in For Honor, the medieval hack & slash will be receiving yet another season. The third season in the titles fourth year titled Resistance, will bring players ever closer to fighting the Warmongers and starts September 17th.

A new season structure will be added to The Crew 2 and will start with Season One in November. These seasons will bring  a dedicated theme and will last four months, divided between two episodes which will last two months each.