Today sees the release of Rivals of Aether: Definitive Edition on Nintendo Switch and PC via Steam.  The Definitive Edition brings with it a collaboration that will please fans of Chucklefish’s Wargroove, as the adorable canine Caesar will be available to players as a ‘buddy’ character.  See Caesar in the teaser video below…. 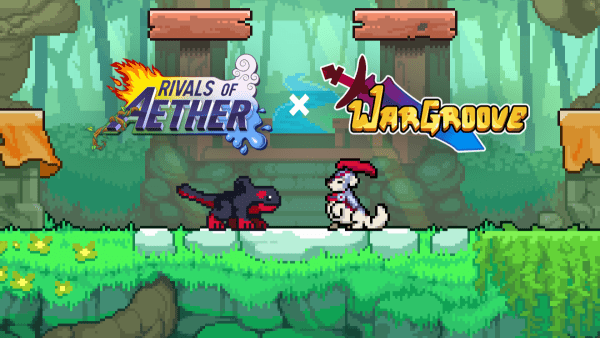 Caesar will be available for players to unlock as a free ‘buddy’ character for Aether Coins.  Fan’s of this cuddly canine can enjoy him in all his cute pixelated glory on both the Switch and Steam versions.

“We’re big fans of Rivals of Aether, and the fantastic online community they’ve created, so we couldn’t be happier to introduce Caesar as a small part of the fun,” said Chucklefish’s Marketing & Publishing Lead, Katy Ellis, “Collaborating and making smaller projects happen with fellow indie studios has been a real highlight this year, with Caesar from Wargroove teaming up with TINY METAL’s Nora for his own free DLC in March, and now acting as the perfect puppy buddy in indie fighter Rivals of Aether. As soon as we saw Cannonbreed from the Rivals team’s initial Caesar sprites we knew it was a perfect match, and our fluffy boy was in safe hands. Thank you again to Dan Fornace and the team, and we wish them the best of luck with Rivals of Aether: Definitive Edition launch today.”

Rivals of Aether: Definitive Edition comes with lots of new features, including the full cast of characters from the entire span of the games’ development.  There will be 12 characters in total plus indie guests Shovel Knight and Ori and Sein.

The Definitive Edition also features the new Tetherball game mode which will allow players to use their skills to compete in a best-of-three beach tetherball game.  Though fan favourite game modes like Abyss are still included.

Rivals of Aether: Definitive Edition is available on Nintendo Switch and Steam now.  Those who own the game on Steam will be upgraded to the Definitive Edition for free and everyone who has already purchased a DLC character will also unlock an exclusive Infamous Skin for that character.