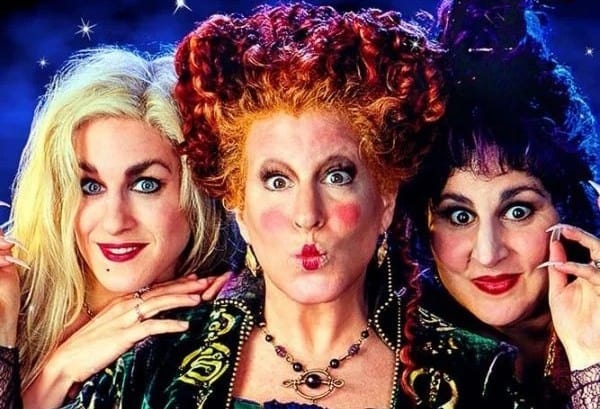 To celebrate Hocus Pocus‘ return to the box office – truly something only 2020 could bring us – I wanted to take a look at the Disney Halloween classic. While it’s hard to call a film from 1993 that currently sits around 37% on Rotten Tomatoes, a “classic,” but there’s something to say about this film as such. You may need to add the words “camp” or “cult” ahead of the word, as that’s what this retro review will focus on.

I want to speak on Hocus Pocus as it was truly intended: the queer-appealing and deliciously theatre, Bette Midler playground that birthed an era of fabulous kids who love Halloween. Look, the man who choreographed Xanadu directed a family-friendly Halloween movie that is played on loops on TV stations… we need to look at this film with the camp respect it deserves.

Seeing this film on the big screen instantly transports you to a time and place that feels so comfortable. It’s the 90s, during the fall, and everything wasn’t the weirdest it’s ever been. Hocus Pocus isn’t just a nostalgic-fueled ride, though; there are some genuinely great performances by talented actors and a story that flows together for a surprisingly brisk runtime. Though the film does feel like it has five endings, you almost don’t want the fun to end…so you excuse director Kenny Ortega wanting to linger on these actors. 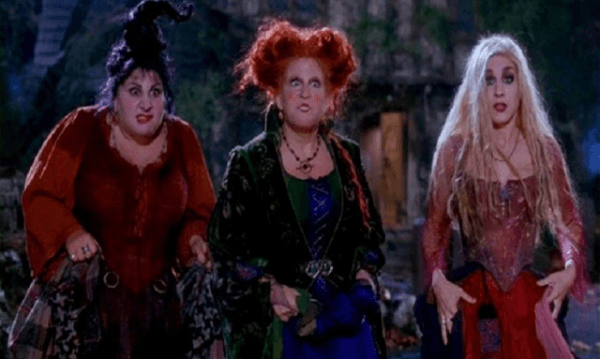 Being fairly young when this film came out, I never got to appreciate its theatrical experience truly. Yes, I was the prime demographic for it, and I did enjoy it. But there’s something to say about the film as an adult, looking at it through a somewhat critical eye, that makes you really notice the film’s subtle little moments.

Like the way it feels like every moment from the three Sanderson sisters is perfectly choreographed. It’s almost like a Broadway number where no motion is wasted, and everyone is playing it for the back row. What also holds up is the film’s wonderful effects, which feel very grounded and simple, but all of which are striking. Doug Jones’ Billy Butcherson especially stands out as a make-up look and performance that only elevates the film. The same goes for a 90s staple, a talking cat named Binx, who ends up stealing the show from the younger cast.

I don’t think enough focus as been put on the performances in the film. And not just the iconic Bette Midler chewing up the scenery as Winifred Sanderson, but Kathy Najimy and Sarah Jessica Parker as well. That’s not to take away from the other performers in the piece as the aforementioned Doug Jones, the adorable Thora Birch, and Omri Katz all play their roles as intended…but none matches the Sanderson Sisters power.

Sarah Jessica Parker turns in my favorite performance of her entire career here, and that includes every season of Sex and the City. She’s ditzy and strange, but has a raw energy to her that feels almost too mature for a Disney film. Honestly, everyone who sees this knows how the contagiousness her delivery of the “amock, amock, amock” line.

Kathy Najimy was my personal favorite sister growing up, with her snarl and humor sealing the deal. Najimy’s Mary is the rock that keeps these two insanely over-the-top performances somewhat on Earth. She’s truly a standout here, and Najimy deserves way more praise in general. 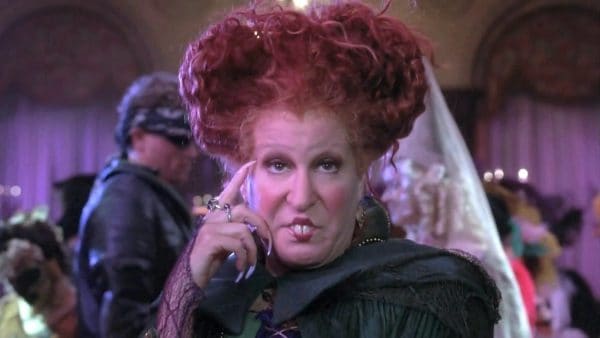 But you came to see this originally in 1993 for Bette, and you watch it now for her, because holy hell, this is a performance. Look, Midler has done The Rose, Beaches, and Gypsy, but none of her on-screen roles stand the test of time quite like this one. Bette Midler acts with her single part of her body in this film, from the prosthetic buck-teeth to those drag queen nails. I don’t know if there’s such thing as nail choreography, but Ortega and Midler perfected it here.

She brings Winifred to life as no other performer could. Like, I’ve sat and thought who could’ve been cast in her place or who could keep up in a remake, but there’s truly no one else. Maybe Lady Gaga now, but I’d rather see her take on the Sarah Sanderson role. Midler is on par with Tim Curry as Frank-N-Furter for irreplaceable castings.

This type of performance inspires a generation of kids to appreciate their campy elders; something you know is batshit crazy from a young age but can’t help but be enamored. When I call this a masterclass in camp, Midler is our talented instructor, and she’s giving EVERY kid watching a lesson. 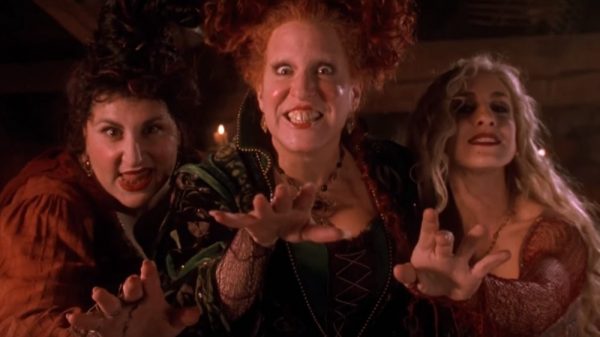 Hocus Pocus became a cult classic for the folks who love campy films. We have a filmmaker and actors who know the exact tone and style they want to achieve, there’s hilarious one-liners and infamous moments throughout, and you can’t deny its legacy when you walk into any Halloween store these days. All of this explains why Hocus Pocus entered the box office charts last week, bringing in nearly $2 million. It’s a film that speaks to an entire generation and still lives on as something you can pass down.

If you are in an area where it’s available and feel safe enough, this is the perfect outing to try to get some Halloween cheer out of this strange year. If not, sit at home with that bag of candy that’s no longer for the trick-or-treaters and enjoy everyone delivering the iconic and spooky Halloween camp classic.