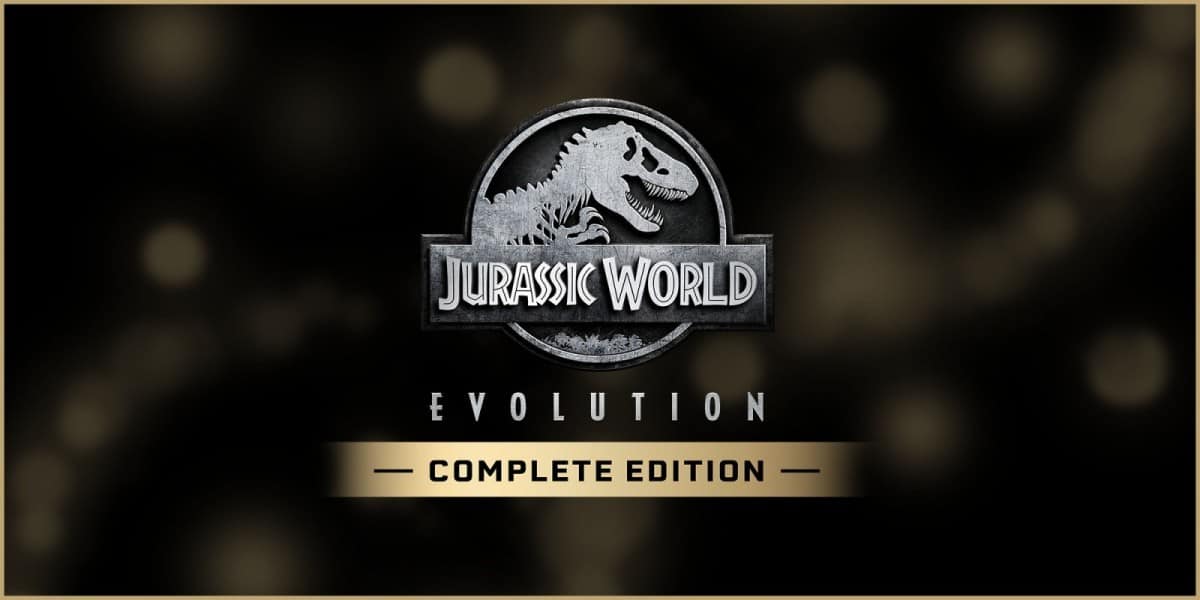 The Complete Edition brings the 2018 base game, every DLC pack, update and patch all together in one complete package to Nintendo’s Switch console. As Switch ports go Jurassic World Evolution: Complete Edition is pretty close to the console versions and even with the limitations of the Switch’s hardware, Frontier has done a pretty good job of translating the game to the hybrid console. 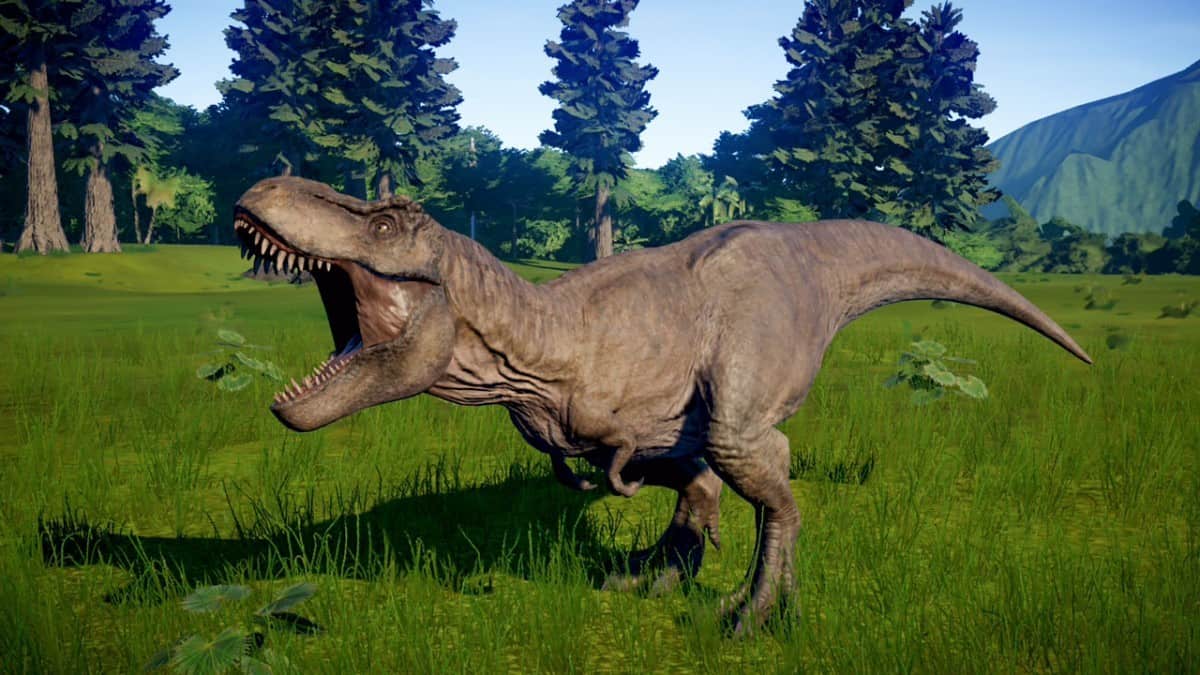 Playing the main campaign is a clear indication that maintaining the full park building experience was one of Frontier’s top priorities. My time in the main campaign was a smooth experience and the Switch handled it pretty well. Playing in both docked and handheld modes works exceptionally well and the game looks just as good in both modes. Considering the console’s hardware limitations when compared to the Xbox One and PlayStation 4 then this is a pretty big deal. Obviously there are some graphical differences and we’re not getting the highest level of detail or the crispest foliage or even a locked frame rate. There were also times when distant trees and shadows fade into view when panning around the islands terrain but considering the nature of the game and the scale of the island itself then this is a very minor issue, even if you could call it that.

Dinosaurs are the main attraction of the game and each one I bred looked just as good as their console ‘sisters’. The game features dinosaurs from across the entire film franchise and are faithfully reproduced for you to unleash into your parks. Even the newer hybrids such as the Indoraptor and the Indominus Rex are available for you to create. When playing the Return to Jurassic Park DLC you are treated to a slight change in dinosaur behaviour which Frontier have faithfully reproduced from the way the dinosaurs behaved back in 1993. Its small details like this that made my inner child geek out in delight. This impressive attention to detail also extends to the various buildings and facilities that we can place around our park. 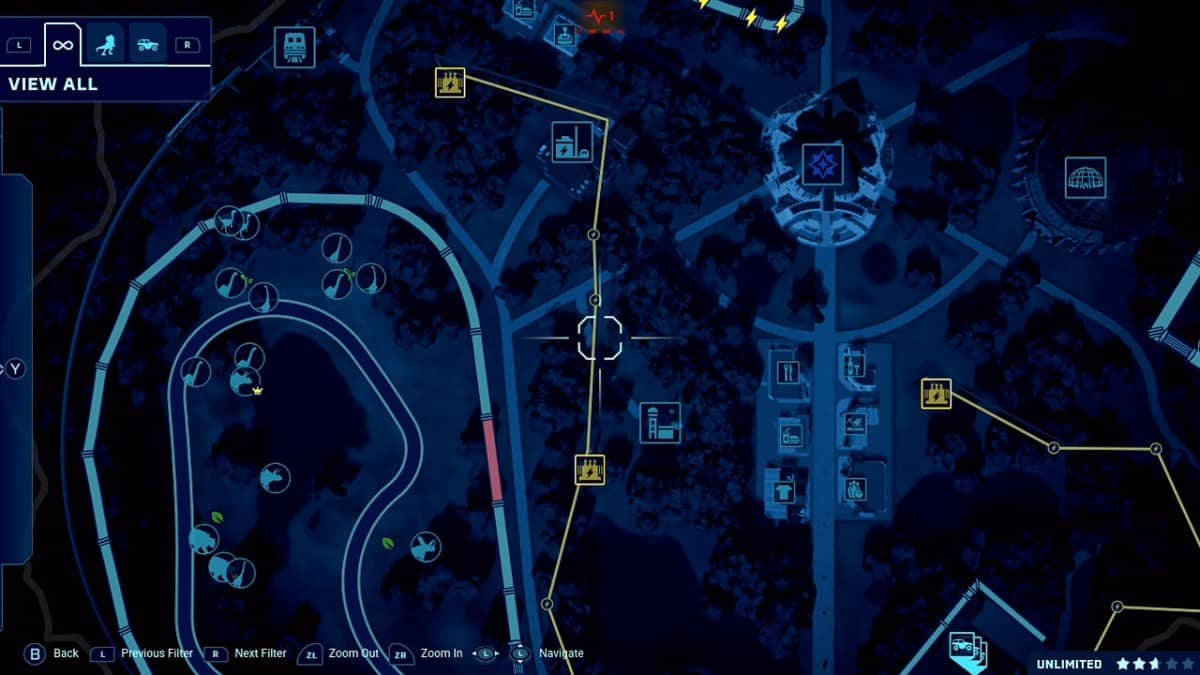 Guest satisfaction is the main objective throughout both the main campaign and optionally in the sandbox mode. To achieve this goal we are tasked with building the appropriate amenities for our guests to enjoy, as well as maintaining dinosaur variety and their overall health. We also have to deal with various other crises as they occur such as tropical storms, facility sabotage, sick dinosaurs and breakouts. Your ability in maintaining your guests satisfaction and dinosaur welfare is reflected in your parks overall rating. Creating a well performing Jurassic World park is your ticket to the next island and the wealth of challenges that come with it.

The attention to detail will excite any fan of the film franchise. As I mentioned earlier, the complete edition comes with the expansion packs (Return to Jurassic Park, Claire’s Sanctuary and Secrets of Dr. Wu). We also get four dinosaur packs and a Raptor team texture pack thrown into the experience as well. If you simply want to build the best dinosaur theme park without any of the hassle then the Sandbox mode has you covered. Taking place on a empty Isla Nublar, Sandbox is a fully customisable experience. We have the ability to turn off threats, the day/night cycle and a wealth of other options to then simply create the park in anyway we see fit. It’s a great way to test out the options available and given a little creativity you can create a truly stunning piece of art with the parks layout. 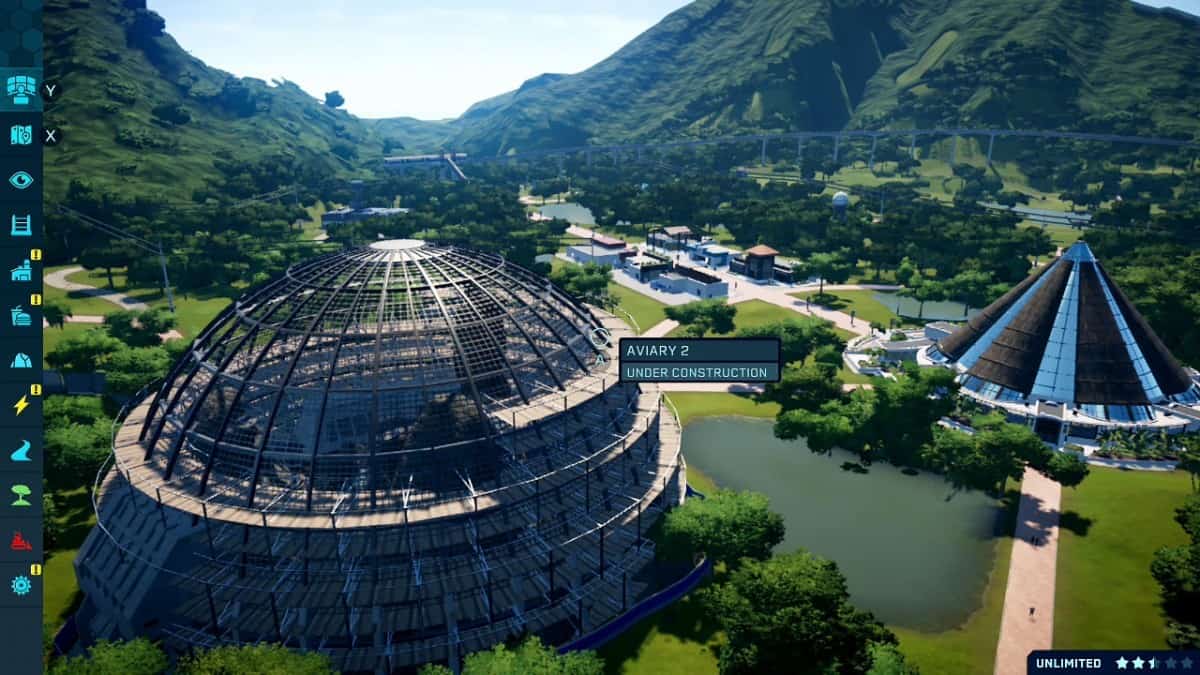 One of the main draws to the Nintendo Switch is its touchscreen, but sadly there is no implementation of it within this game. I would imagine this is due to the shear amount of behind the scenes work required to implement such options. User Interface and text scaling between docked and hand held mode isn’t in play either but its only really noticeable if you really look hard. Onscreen text however can be a little hard to read when playing in hand held mode but considering most of its voiced then its not a major concern.

Speaking of voice acting, the majority of the movie’s cast reprise their roles for the game. The only omissions are Chris Pratt and Richard Attenborough, with both Owen Grady and John Hammond being portrayed by sound-a-likes. Throughout the main campaign we get the silky smooth voice of Jeff Goldblum talking about chaos theory and his famous “life finds a way” sneaks its way in. John Williams’ famous score also makes a return and is just as epic sounding on the Switch as it is at the cinema. Everything from the vehicles, architecture and atmosphere is expertly captured from the movies and is a real treat for fans awaiting the sixth film.

Overall Jurassic World Evolution: Complete Edition translates to the Nintendo Switch extremely well. Everything is here from the console edition and more. With the addition of three expansion packs and even more dinosaurs, the world of Jurassic Park/World is truly at your finger tips.

Jurassic World Evolution: Complete Edition launches on Nintendo Switch 3/11/2020 and will be exclusive to the Nintendo eShop. A code was supplied by the publisher for this preview.